Abu Huraira reported Allah's Messenger (may peace be upon him) as saying: The last hour would not come unless the Muslims will fight against the Jews and the Muslims would kill them until the Jews would hide themselves behind a stone or a tree and a stone or a tree would say: Muslim, or the servant of Allah, there is a Jew behind me; come and kill him; but the tree Gharqad would not say, for it is the tree of the Jews.
bron 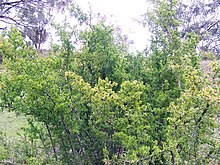 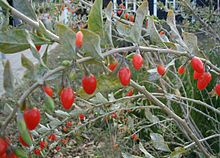 Palestine problem hopeless, but not serious

"The situation for the Palestinian people is intolerable," declared United Sates President Barack Obama in his June 4 Cairo address. Really? Compared to what? Things are tough all over. The Palestinians are one of many groups displaced by the population exchanges that followed World War II, and the only ones whose great-grandchildren still have the legal status of refugees. Why are they still there? The simplest explanation is that they like it there, because they are much better off than people of similar capacities in other Arab countries.

The standard tables of gross domestic product (GDP) per capital show the West Bank and Gaza at US$1,700, just below Egypt's $1,900 and significantly below Syria's $2,250 and Jordan's $3,000. GDP does not include foreign aid, however, which adds roughly 30% to spendable funds in the Palestinian territories. Most important, the denominator of the GDP per capita equation - the number of people - is far lower than official data indicate. According to an authoritative study by the Begin-Sadat Center for Strategic Studies [1], the West Bank and Gaza population in 2004 was only 2.5 million, rather than the 3.8 million claimed by the Palestinian authorities. The numbers are inflated to increase foreign aid.

Adjusting for the Begin-Sadat Center population count and adding in foreign aid, GDP per capita in the West Bank and Gaza comes to $3,380, much higher than in Egypt and significantly higher than in Syria or Jordan. Why should any Palestinian refugee resettle in a neighboring Arab country?

GDP per capita, moreover, does not reflect the spending power of ordinary people. Forty-four percent of Egyptians, for example, live on less than $2 a day, the United Nations estimates. The enormous state bureaucracy eats up a huge portion of national income. New immigrants to Egypt who do not have access to government jobs are likely to live far more poorly than per capita GDP would suggest.

Other data confirm that Palestinians enjoy a higher living standard than their Arab neighbors. A fail-safe gauge is life expectancy. The West Bank and Gaza show better numbers than most of the Muslim world:

Without disputing Obama's claim that life for the Palestinians is intolerable, it is fair to ask: where is life not intolerable in the Arab world? When the first UN Arab Development Report appeared in 2002, it elicited comments such as this one from the London Economist: "With barely an exception, its autocratic rulers, whether presidents or kings, give up their authority only when they die; its elections are a sick joke; half its people are treated as lesser legal and economic beings, and more than half its young, burdened by joblessness and stifled by conservative religious tradition, are said to want to get out of the place as soon as they can." Life sounds intolerable for the Arabs generally; their best poet, the Syrian "Adonis" - Ali Ahmad Said Asbar - calls them an "extinct people".

Palestinian Arabs are highly literate, richer and healthier than people in most other Arab countries, thanks to the United Nations Relief and Works Agency and the blackmail payments of Western as well as Arab governments. As refugees, they live longer and better than their counterparts in adjacent Arab countries. It is not surprising that they do not want to be absorbed into other Arab countries and cease to be refugees.

If the Palestinians ceased to be refugees, moreover, it is not clear how they would maintain their relatively advantaged position. They cannot return to farming; for all the tears about bulldozed olive groves, no one in the West Bank will ever make a living selling olive oil, except perhaps by selling "Holy Land" products to Christian tourists. Apart from tourism, the only non-subsidy source of income the Palestinians had was day labour in Israel, but security concerns close that off. Light manufacturing never will compete with Asia, and surely not during a prolonged period of global overcapacity.

An alternative is for the Palestinians to continue to live off subsidies. But why should they? Why should Western taxpayers subsidize an Arab in Ramallah, when Arabs in Egypt are needier? The answer is that they represent a security concern for Western countries, who believe that they are paying to limit violence. That only makes sense if the threat of violence remains present in the background and flares up frequently enough to be credible. One cannot simply stage-manage such things. A sociology of violence in which a significant proportion of the population remains armed.

To contain the potential violence of an armed population, donors to the Palestinian authority hire a very large proportion of young men as policemen or paramilitaries. According to a February 10, 2008, report by Steven Stotsky [2]:

Overhauling the Palestinian security forces will cost $4.2 to $7 billion over the next five years. What's more, the recent aid package agreed on in Paris committing to $7.4 billion for the Palestinians doesn't contain any provision for the security services.

The Reuters report follows a piece in the Jordan Times announcing plans to train a 50,000-person police force for the West Bank. This translates to one police officer for every 42-70 citizens (depending on which population figures for the West Bank are accepted), an unprecedented concentration of police presence. Currently, there are only 7,000 Palestinian police officers in the West Bank (Reuters, January13, 2008), so the new plan calls for a seven-fold increase. The planned expansion would result in a density of police at least three to four times that of major American cities that have to contend with much higher crime rates than the West Bank.

Add to this bloated police force the numerous other state security organizations as well as private militias, and it is clear that security is the biggest business in the Palestinian territories and the largest employer of young men. The number of armed Palestinian fighters is estimated at around 80,000 or more than six times the soldiers per capita in the United States. About one out of four Palestinian men between the ages of 20 and 40 makes a living carrying a gun.

That is, the economic structure of "pre-state" Palestine is heavily skewed towards the sort of institutionalized means of violence that is supposed to disappear once a state has been established. This is absurd, and creates a double disincentive for the Palestinians to maintain a low boil of violence. Just how this violence-centered society is supposed to make the transition to an ordinary civil society is an unanswerable question.

Once the problem is diagnosed with this kind of clarity, the solution becomes obvious:
# Cut Western support to the Palestinians with the aim of reducing living standards in the West Bank to those prevailing in Egypt, as an incentive for emigration.
# Demilitarize Palestinian society: offer a reward for turning in weapons, seize them when necessary, and give newly-unemployed gunmen employment weaving baskets at half pay.

Like many obvious solutions, this one never will be put into practice. The problem all along has been the wrong set of expectations. Once Palestinian Arabs adjust their expectations to correspond to levels of income, education and health prevailing in other Arab countries in the region, they can either form a state similar to other Arab states in the region, or simply emigrate to those states as individuals.

The Palestinians cannot form a normal state. They cannot emigrate to Arab countries without accepting a catastrophic decline in living standards, and very few can emigrate to Western countries. The optimal solution for the Palestinians is to demand a state and blackmail Western and Arab donors with the threat of violence, but never actually get one.

That is why the Palestinian issue is "hopeless, but not serious", in the words of my old mentor Norman A Bailey, a former national security official. As long as all concerned understand that the comedy is not supposed to have an ending, the Palestinians can persist quite tolerably in their "intolerable" predicament.