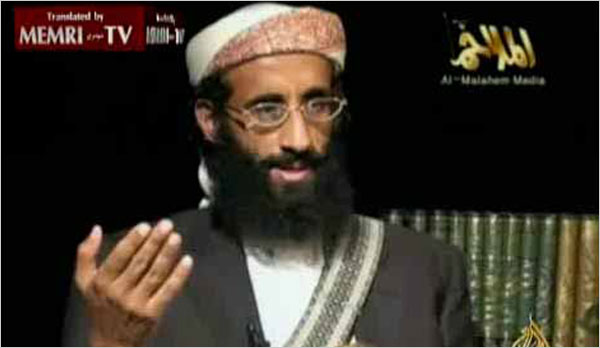 In the weeks after the Sept. 11 attacks, the eloquent 30-year-old imam of a mosque outside Washington became a go-to Muslim cleric for reporters scrambling to explain Islam. He condemned the mass murder, invited television crews to follow him around and patiently explained the rituals of his religion.
We came here to build, not to destroy,” the cleric, Anwar al-Awlaki, said in a sermon. “We are the bridge between Americans and one billion Muslims worldwide.”

Nine years later, from his hide-out in Yemen, Mr. Awlaki has declared war on the United States.

“America as a whole has turned into a nation of evil,” he said in a statement posted on extremist Web sites in March. Though he had spent 21 of his 39 years in the United States, he added, “I eventually came to the conclusion that jihad against America is binding upon myself, just as it is binding on every other able Muslim.”

A contrasting version of Mr. Awlaki’s story, explored though never confirmed by the national Sept. 11 commission, maintains that he was a secret agent of Al Qaeda starting well before the attacks, when three of the hijackers turned up at his mosques. By this account, all that has changed since then is that Mr. Awlaki has stopped hiding his true views.

Times Square Bombing Investigation Focuses on Suspected Role of Pakistani Army Major
a major in Pakistan’s army knew of Faisal Shahzad’s plans to attack U.S. targets months before Shahzad tried to ignite a car bomb in the heart of New York City.
Investigators believe the major, who is suspected of having ties to the Pakistani Taliban, did not tell Pakistani authorities about preparations for an attack and may even have aided the plotters, officials said Thursday.[...]
Allegations about the major, if confirmed, would deepen U.S. concerns about the role of the Pakistani military and intelligence in the fight against terrorism. Figures linked to the Pakistani armed forces and intelligence agencies have surfaced in previous terror cases...