Dzhokhar Tsarnaev was attacked in prison and left blinded and paralyzed, a satirical website claimed in a story that quickly went viral this weekend.

On Saturday, the site Empire News posted a story claiming that the Boston Marathon bombing suspect was found lying in a pool of blood in his cell in Ft. Devens Detention Center in Massachusetts. The story made the rounds on the internet, with thousands of shares on Facebook and other social media and many welcoming the news.

But there is one problem — the incident never happened, and Dzhokhar Tsarnaev is still safe in his cell awaiting trial. Though the story fooled many, others noted that Empire News is a site dedicated entirely to satire, like a lesser known version of The Onion.

Those who browsed the site a bit found that out. Empire News has posted other stories including “Former Vice President Al Gore Arrested For Indecent Exposure,” and “It’s Official: New York Jets Moving To Los Angeles, Construction Of Los Angeles Stadium Begins.”

The details of the story itself gave readers reason for doubt.

“It initially appeared as though Tsarnaev slipped on a discarded banana peel and hit the floor with such force that his head bounced off the hard tile surface, probably 16 or 17 times. There was blood everywhere – all over the walls, the floor, even the toilet. The injuries have caused massive brain trauma,” said prison investigator Joe Goldsmith. “We determined though, through expert analysis, that it would be impossible for these injuries to have occurred through a fall. Our investigation has shown that that it was the Aryan Brotherhood who initiated an attack on Tsarnaev.”

The story went on to say that Boston Marathon bombing suspect Dzhokhar Tsarnaev was actually attacked in prison by members of the Aryan Nation prison gang.

“Yes, it was the brotherhood who took care of that bomber,” said Miles Smith, head of the Aryan Nation inside Devens. “The other gangs, they wanted him, too. We paid the guards the most money to have a shot. They stood aside, and let us do what we do. On the way out, they shook our hands, told us ‘Thank you.’ Well, You’re welcome. You’re welcome, Boston. You’re welcome, America!”

While Dzhokhar Tsarnaev was not attacked in prison, the Boston Marathon bombing suspect could still be killed for his crimes. He may face the death penalty if convicted. 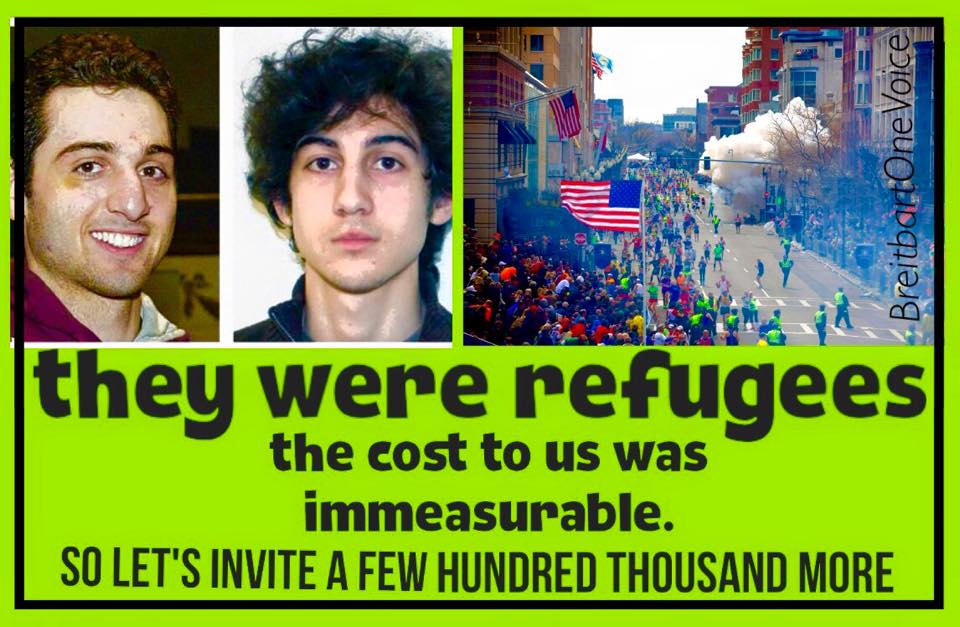