ERBIL, Kurdistan Region (Kurdistan24) – On Tuesday, a Dutch woman who joined the Islamic State (IS) last September surrendered to Peshmerga around the IS stronghold of Mosul in northern Iraq.

In an exclusive interview with Kurdistan24, Laura Angela Hansen, born in 1995 in Den Haag, Netherlands, talked about her journey to Turkey, Syria, and Iraq.

Dropping out of school before graduating from high school, Hansen converted to Islam at age 17 and, through a dating website for Muslims, met and married a Netherlands-based man of Palestinian origins.

She said her neighbors did not like her husband because of his long beard. She was forced to move but, in the new location, he was the reason neighbors had to call the police to report domestic violence.

“We had a lot of problems. He was very aggressive and [the neighbors] called the police a lot of times. I was pregnant, so I didn't want to divorce,” Hansen told Kurdistan24.

Last September, Hansen left Netherlands with her husband who claimed was taking her on a “vacation” and donate money to refugees.

Little did she know that she was being taken to the IS-controlled area in Syria.

“I didn't want to come to Syria...without me knowing. He pushed me,” she said.

“They put me in a house. It was all [guarded by] men. Men with beards and guns,” she added.

She lived in the city of Raqqa, the de facto IS capital in northern Syria, for several months before being transferred to Mosul, Iraq.

On July 12, with her father’s help, she surrendered to Peshmerga with her two kids Iman, 4, and Abdullah, 1.

The children were wounded in a bombardment that targeted the surrounding areas of Mosul, and Peshmerga provided medical care for them.

Hansen said she fled IS because life was horrible in Raqqa and Mosul under IS’ rule.

“I was trying all the time to flee from the hell in which I was living,” she said.

Hansen then expressed her gratitude for the Peshmerga’s help and support in protecting her and her children.

“They [Peshmerga] took my hand, and they helped me with everything,” she said.

Hansen is the third IS defector surrendering to Peshmerga and interviewed exclusively by Kurdistan24 in the past six months.

On March 17, Kurdistan24 interviewed an American-Palestinian IS fighter, Mohamad Jamal Khweis, who surrendered to Peshmerga forces near the city of Sinjar (Shingal) in northern Iraq.

On Feb. 17, a Swedish girl Marlin Stivani Nivarlain was rescued by the Kurdish Special Forces from the Directorate General of Counter-Terrorism (CTD). 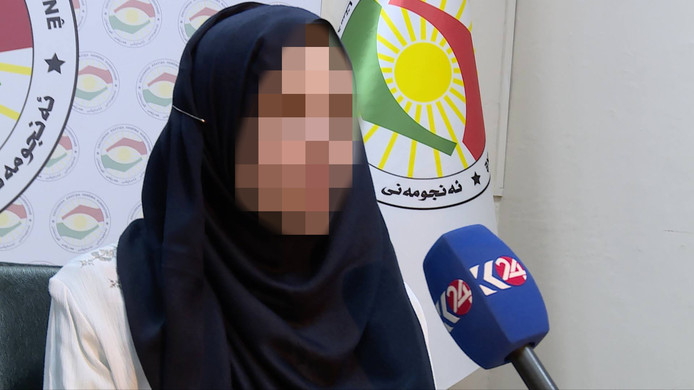 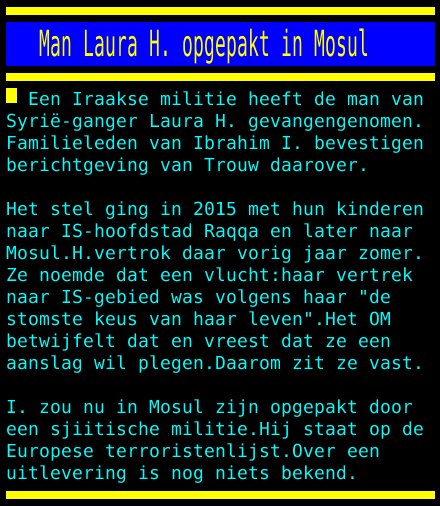