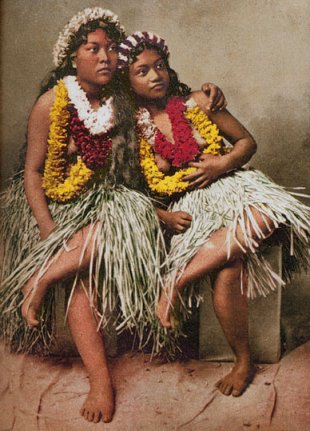 The official anthem of the Mars Society, the world’s premier space-colonization advocacy group, is a song called “Pioneers of Mars.” The first time I heard it, I was nagged by déjà vu: where had I heard that melody before? In church, of course; it differs by only a few notes from the Christian hymn “O Sacred Head Surrounded,” also known as the “O Haupt voll Blut und Wunden” chorale of Bach’s St. Matthew’s Passion. Its lyrics are devotional, too:

We are the new explorers.
A sacred trust we keep
From forefathers before us
Who braved the briny deep.
Our mission aims us skyward
To the cold hard light of stars.
We leave Terra behind us
To be the pioneers of Mars. (6)

The religiosity of “Pioneers of Mars,” “Way up There,” and similar songs is not only formal but functional. Lloyd Landa, co-author of “Pioneers of Mars,” died shortly before it could debut at the Third International Mars Society Convention in 2000. His collaborator, Karen Linsley, sang it anyway. After the standing ovation she told the crowd, “Get to Mars. And when the notes of this song are heard on Martian soil, he will live again.” It’s hard to say exactly what that means, but the emotions in play are clearly religious.

The official anthem of the Mars Society, the world’s premier space-colonization advocacy group, is a song called “Pioneers of Mars.” The first time I heard it, I was nagged by déjà vu: where had I heard that melody before? In church, of course; it differs by only a few notes from the Christian hymn “O Sacred Head Surrounded,” also known as the “O Haupt voll Blut und Wunden” chorale of Bach’s St. Matthew’s Passion.]

I hope this is an April Fool’s Day joke. This cannot be serious. But let us look on the Web of Lies to see the truth of things. Perhaps I should check Snopes first. GO GO GADGET INTERWEB!

President Obama told NASA administrator Charles Bolden that his highest priority should be “to find a way to reach out to the Muslim world and engage much more with dominantly Muslim nations to help them feel good about their historic contribution to science . . . and math and engineering.” (http://article.nationalreview.com/43767 ... ona-charen" onclick="window.open(this.href);return false;)

Charles Bolden, a retired United States Marines Corps major-general and former astronaut, said in an interview with al-Jazeera that Nasa was not only a space exploration agency but also an “Earth improvement agency”.

Mr Bolden said: “When I became the Nasa administrator, he [Mr Obama] charged me with three things.

“One, he wanted me to help reinspire children to want to get into science and math; he wanted me to expand our international relationships; and third, and perhaps foremost, he wanted me to find a way to reach out to the Muslim world and engage much more with dominantly Muslim nations to help them feel good about their historic contribution to science, math, and engineering.”

NASA Administrator Charles Bolden said in a recent interview that his “foremost” mission as the head of America’s space exploration agency is to improve relations with the Muslim world. Though international diplomacy would seem well outside NASA’s orbit, Bolden said in an interview with Al Jazeera that strengthening those ties was among the top tasks President Obama assigned him. He said better interaction with the Muslim world would ultimately advance space travel.

President Kennedy and the rocket scientists at NASA proved those naysayers wrong.

In the vanguard, partly as cheerleaders and partly as revival-tent preachers, were science fiction writers: they consistently said it was possible. The visionary stories of men like Robert Heinlein and Arthur C. Clarke and the essays of men like John W. Campbell, Jr., not only showed that the possibility was within our grasp, but they opened our minds to the wonder and adventure of it, such wonder as has not been felt in the world since the great Age of Discovery, when bold adventurers were finding new continents, reaching the poles or the peak of Everest. For their efforts at upholding their starry dream, these writers were mocked and dismissed.

Then something happened. We landed on the Moon. There was nothing in history like it. No previous peoples had ever climbed into the heavens and walked in the mansions of the zodiac.

But at the same time, almost the same year, something else happened. We suddenly became ashamed of our explorations, our conquests: the spread of civilization across the world was something Western intellectuals began to deplore. Exploration and innovation came under a cloud is disapproval. It was arrogant, ecologically unsound, perhaps even racist.

The new intellectual philosophy says that it is proper to crowd in our muddy-floored cave, never looking up at the stars, having only two children, or, better yet, one or none, and to applaud when the proud Saracen conqueror comes to trample our honour and dictate our laws, first to the Jews in Israel, then to the cowards in England and France, and then to us. We must give to Saladin not only our material goods, with both hands, but also (and more importantly) our spiritual goods, and tell them that they are to claim credit for the unique and unparalleled achievements of Christendom, Europe, and the West.

We are to make them “feel good” about their pathetic and insignificant contributions to Western science and technology rather than, for example, using Western science and technology and flying a manned mission to Mars or the Moons of Jupiter and putting up a flag, or uttering stirring words: THAT IS ONE SMALL STEP FOR A MAN, ONE GIANT LEAP FOR MANKIND.

Weigh those two carefully in the balance pans of your idea of justice. Which would you prefer? To have the West once again make history, and astound the world both now in the memory of grateful generations to come forever, or to spend the same time and effort instead cajoling oil-rich sheiks and dirt-poor herdsmen living in palaces or caves who stone their wives and kill their daughters, and telling them how much we admire Muhammad ibn Masa al-Khwarizmi, the father of algebra, for stealing his ideas from India? Which would you rather have, a Moonbase, or a smile on the empty-eyed face of Osama bin Laden or Mahmoud Ahmadinejad as he visits the Mosque constructed atop of the rubble of the Twin Towers, while schoolboys (no girls) sing his praises, and laud the efforts of Islamic science to build better bombs to kill more Jews?

Me? I’d rather have the frelling Moonbase. NASA has different ideas. No, the sad thing is that NASA is a government agency, and, like all government agencies, it follows political policy. The policy of our current masters, both Democrat and Republican, seems to be submission and dhimmi. Even warhawk Bush’s first act after 9-11 was to go to a Mosque and ritually submit, bow, slave, toad-eat, bootlick, scrape and fawn over the true masters and rulers of this nation: call it Oil Addiction, or the New World Order, or Political Correctness or Pure Stupidity or the Dark Eldil — your theory is as good as mine, or better — all I know is that the true masters and rulers of this nation is no longer the American people and no longer the American Dream.

The policy of making an enemy, who has stood in opposition to the West since the Eighth Century A.D., and successfully destroyed the Christendom that once ruled in North Africa and the Near East, and that has only ever successfully be driven back thrice, in Spain, in the Balkans, and in Israel, “feel good” about itself is the policy of a sick and dying civilization, but one that refuses to die with dignity, preferring instead to fritter away its remaining years in an opiate haze of Utopian daydreams, devotion to trivialities, and glorification of anything absurd, perverse or grotesque that ultimately will accelerate the downfall.

So who are the people again, exactly, whose self-esteem it is NASA’s task to uphold? 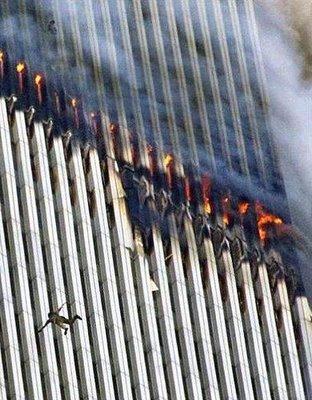 It’s starting to come back to me… 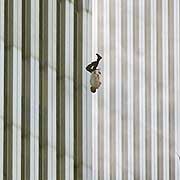 Oh, wait. I think I remember which guys we are talking about now. The people who danced in the streets on 9-11. 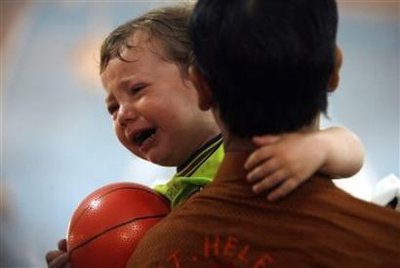 The people who tortured and killed the parents of this little boy in Bombay, who was still crying, and begging to see mommy, when this photo was taken. He was too young to grasp that she was dead. We are talking about the people who think this little boy’s precious mother was a filthy Jew, the daughter of pigs and apes, and she had to die, even though she had never done anyone any wrong in her life, merely for being a Jew.

I remember who we are talking about now! Those guys. NASA’s mission is to bolster their sense of self-worth.

(To head off any stupid objection that moderate Muslims ought not be offended by comments rightly directed at Extremist Muslims, allow me to say, moderate Muslims have the exact same status in morality and history and policy as moderate Nazis and Moderate Communists. They mean nothing. Their friendship cannot be won, and, if won, is not worth having. They will make not a particle of difference. If your model of the universe says that insincere tokenism used to vaunt the contributions of Muslim Rocket Scientists to the March of Western Progress will turns the heart of a moderate and lethargic supporter of Islamic Fascism so that he will love the West, your model needs fixing.)

So, no, NASA has no more future. Put not your faith in Caesar: government cannot open the final frontier for us; they are too busy making plans about how to censor the Internet (see the recent FCC ruling).

I myself cherish very little hope that private enterprise will take up the dropped baton and see us to the end of the race, but the X Prize being won by Spaceship One is indeed a gleam of hope. I think the American Spirit is dead, and has been replaced by a combination of high self-esteem and zero accomplishment. If it is not dead, we the next generation of science fiction writers and readers must keep that dream alive, and with the same persistence those who came before us displayed. 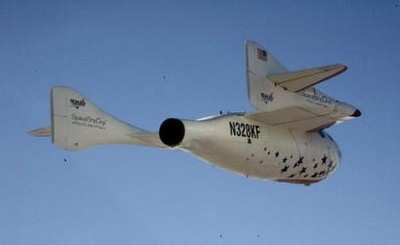 Spaceship One. May there soon be Two, Three, Many more to come...