Researchers from the Moscow Institute of Physics and Technology (MIPT) have for the first time experimentally demonstrated that copper nanophotonic components can operate successfully in photonic devices – it was previously believed that only gold and silver components could do so. Copper components are not only just as good as components based on noble metals; they can also be easily implemented in integrated circuits using industry-standard fabrication processes. "This is a kind of revolution – using copper will solve one of the main problems in nanophotonics," say the authors of the paper. The results have been published in the scientific journal Nano Letters.

The discovery, which is revolutionary for photonics and the computers of the future, was made by researchers from the Laboratory of Nanooptics and Plasmonics at MIPT's Centre of Nanoscale Optoelectronics. They have succeeded, for the first time, in producing copper nanophotonic components, whose characteristics are just as good as those of gold components. It is interesting to note that the scientists fabricated the copper components using the process compatible with the industry-standard manufacturing technologies that are used today to produce modern integrated circuits. This means that in the very near future copper nanophotonic components will form a basis for the development of energy-efficient light sources, ultra-sensitive sensors, as well as high-performance optoelectronic processors with several thousand cores.

The discovery was made under what is known as nanophotonics – a branch of research which aims, among other things, to replace existing components in data processing devices with more modern components by using photons instead of electrons. However, while transistors can be scaled down in size to a few nanometres, the diffraction of light limits the minimum dimensions of photonic components to the size of about the light wavelength (~1 micrometre). Despite the fundamental nature of this so-called diffraction limit, one can overcome it by using metal-dielectric structures to create truly nanoscale photonic components. Firstly, most metals show a negative permittivity at optical frequencies, and light cannot propagate through them, penetrating to a depth of only 25 nanometres. Secondly, light may be converted into surface plasmon polaritons, surface waves propagating along the surface of a metal. This makes it possible to switch from conventional 3D photonics to 2D surface plasmon photonics, which is known as plasmonics. This offers the possibility of controlling light at a scale of around 100 nanometres, i.e., far beyond the diffraction limit.

It was previously believed that only two metals – gold and silver – could be used to build efficient nanophotonic metal-dielectric nanostructures and it was also thought that no other metals could be substituted for these two materials, as they exhibit strong absorption. However, in practice, creating components using gold and silver is not possible because those metals, both noble, do not enter into chemical reactions, and it is therefore extremely difficult, expensive and in many cases impossible to use them to create nanostructures – the basis of modern photonics.

Researchers from MIPT's Laboratory of Nanooptics and Plasmonics have found a solution to the problem. Based on a generalization of the theory for so-called plasmonic metals, in 2012, they found that copper as an optical material can not only compete with gold, it can also be a better alternative. Unlike gold, copper can be easily structured using wet or dry etching. This offers the possibility of making nanoscale components that are easily integrated into silicon photonic or electronic integrated circuits. It took more than two years for the researchers to purchase the required equipment, develop the fabrication process, produce samples, conduct several independent measurements, and confirm this hypothesis experimentally. "As a result, we succeeded in fabricating copper chips with optical properties that are in no way inferior to gold-based chips," says the research leader Dmitry Fedyanin. "Furthermore, we managed to do this in a fabrication process compatible with the CMOS technology, which is the basis for all modern integrated circuits, including microprocessors. It's a kind of revolution in nanophotonics".

The researchers note that the optical properties of thin polycrystalline copper films are determined by their internal structure. The ability to control this structure and consistently reproduce the required parameters in technological cycles is the most difficult task. However, they have managed to solve this problem, demonstrating that it is possible not only to achieve the required properties with copper, but also that this can be done in nanoscale components, which can be integrated with silicon nanoelectronics and silicon nanophotonics. "We conducted ellipsometry of the copper films and then confirmed these results using near-field scanning optical microscopy of the nanostructures. This proves that the properties of copper are not impaired during the whole process of manufacturing nanoscale plasmonic components," says Dmitry Fedyanin.

These studies provide a foundation for the practical use of copper nanophotonic and plasmonic components, which in the very near future will be used to create LEDs, nanolasers, highly sensitive sensors and transducers for mobile devices, and high performance optoelectronic processors with several tens of thousand cores for graphics cards, personal computers, and supercomputers.

SEOUL, South Korea — The world champion of an ancient but fiendishly complicated board game was defeated by the latest in computer technology in the first match of a series aiming to help determine whether a machine can imitate human intuition.

South Korea's Lee Sedol, 33, surrendered in the first of five "Go" matches against Google-owned computer program AlphaGo in Seoul on Wednesday. Chinese Go, known as Baduk in Korea, is played with circular black and white stones on a 19-by-19 grid.

The big challenge for AlphaGo's creators has been to establish a series of rules that tell the computer who is winning in any particular position, according to Demis Hassabis, CEO of Google-owned artificial intelligence firm DeepMind.

"Go is primarily a game about intuition rather than brute-force calculation used in chess," Hassabis said at a press conference on Tuesday. While Go is "the most elegant game humans ever invented," it leads to "profound complexities," he added.

"There are more possible Go positions than there are atoms in the universe," Hassabis said.

It is not the first time that computers have challenged human minds.

The victory in 1997 of the chess-playing computer Deep Blue in a six-game series against the then-world champion Gary Kasparov was seen as a significant milestone in the development in the field of AI.

AlphaGo defeated reigning European champion Fan Hui 5-0 in a tournament in October. This was the first time a computer program beat a professional human Go player in even games on a full board without handicap.

Speaking before the first match, Lee said it felt "strange" to think about playing a computer, but he looked forward to the challenge.

"It is different preparing for a game against a non-person," he said. "When I prepare for a match against a person, it is important to read that person's energy. But I can't do that in this match and so it may feel like playing the game all by myself."

The eventual endgame for AlphaGo is to build artificial general intelligence, or AGI, to be applied in areas like healthcare and elderly care robotics.

British physicists have made a breakthrough that brings the holy grail of 'silicon photonics' much closer. Cathal O'Connell reports.

If you’re lucky enough to have a broadband connection by fibre optic cable, you already know about the speed of photonics – using light, not electric current, to send information.

But while optical fibres use light to give us superfast internet, the data inside our computers still shuffles about on plain old copper wiring. This electronic bottleneck is not only slowing down our devices, it is inefficient, and responsible for 80% of computing energy being wasted as heat.

To get round this, the industry’s biggest players, including Intel, IBM and HP, have been chasing the new ideal of “silicon photonics”, that would use the principles of optic fibre but inside our devices.

The problem is we haven’t been able to integrate tiny lasers onto silicon chips.

But, with new work published in Nature Photonics today, things may be about to change.

A team of British physicists have created the first reliable and efficient laser grown directly on a silicon chip that could work for up to 11 years – 20 times longer than the previous record holder for an on-chip laser.

It’s a “fundamental step towards silicon photonics”, says Professor Peter Smowton, a physicist at Cardiff University. The technology “will clearly transform computing and the digital economy, revolutionise healthcare through patient monitoring, and provide a step-change in energy efficiency,” he says.

In traditional electronics, information is processed and transmitted via electrical currents.

But in photonics, pulses of light are sent instead.

The key point is that light can carry far more data faster than electrons.

Because it can be pulsed at higher frequencies than electric currents, light has a “high bandwidth”, meaning you can cram in more information.

For example, at the chip-to chip scale light can carry 20 times more data, while using much less energy.

So why haven’t we made the upgrade to silicon photonics already?

The problem is silicon itself is no good for making lasers. And while we can make lasers from other materials, these don’t grow well on silicon – or else are liable to fail they when the device heats up.

To solve this problem, Smowton and colleagues have instead made lasers from tiny crystals, each just 20 nanometres wide, grown directly onto the silicon chip.

Applying an electric pulse to the crystals causes them to pump out infrared light.

Silicon is as transparent to the infrared as glass is to visible light, making it the ideal wavelength to build optical connections.

The new lasers are also impervious to temperatures up to 120 °C — meaning they’re suitable for the hothouse world inside a computer processor.

The next step will be to hook up the lasers to optical pathways needed to transmit information between chips.

Now that's what you could call a cool solution. 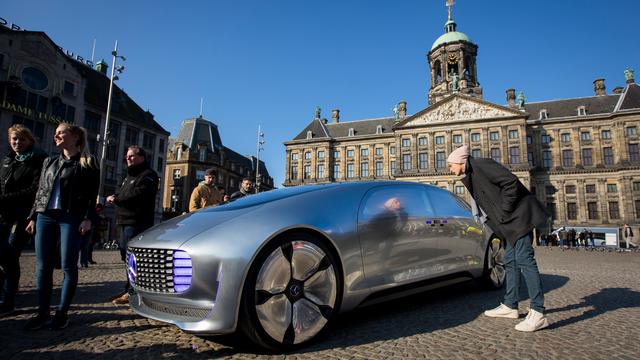 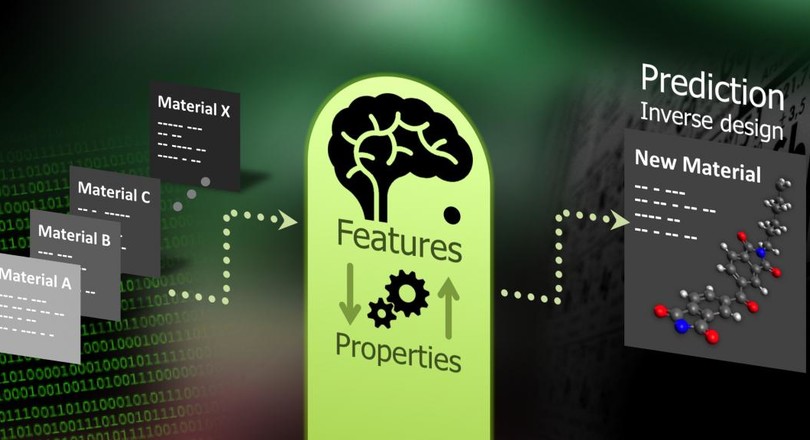 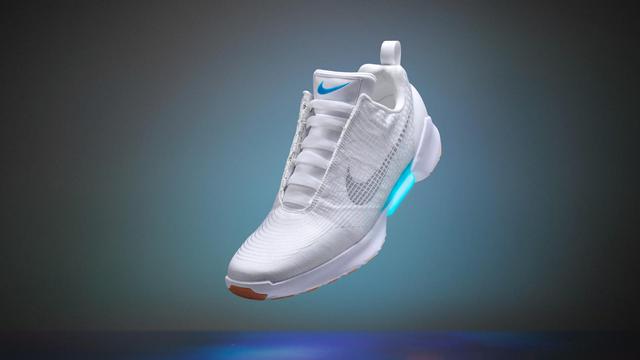