Vandals painted tags on the walls, depicting a swastika, an anti-gay slur and "Heil Trump."
The Rev. Kelsey Hutto, priest in charge at St. David's Episcopal Church, said she was disheartened after finding the graffiti on the walls of the church Sunday morning. But her next thought was more positive.

"Well, we must be doing something right," Hutto said she thought. "We stated one time that doing the right thing was not always the popular thing. We were targeted for a reason, and in our mind it was for a good reason."

Right after Donald Trump’s election, the SPLC really stoked panic. A pro-gay Episcopal church in Indiana was vandalized w/“Heil Trump,” a swastika, & an anti-gay slur. Turns out it was the gay organ player who did it. He was only charged w/a misdemeanor. 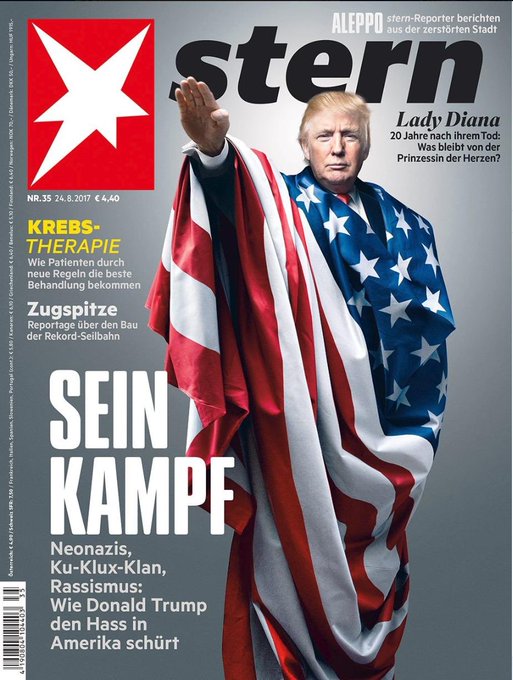 A relative of President Donald Trump has accused the self-proclaimed billionaire of being a pancake thief, having stolen a handful of flat cakes while on vacation at his late mother's former home in Scotland.

A distant cousin of the president, Alice Mackay—related to Trump through his mother's family, the McLeods—said the commander-in-chief is an unpleasant man who has never used any of his wealth to help his mother's local community.

The 79-year-old spoke in glowing terms about Trump's late mother—Mary Anne MacLeod, who died in 2000—and his older sister—Maryanne Trump Barry, 82—saying they were both generous people who made many contributions to the Isle of Lewis, an island located in Scotland's far northern Outer Hebrides archipelago.

Mackay told Scottish newspaper The National: "I don't like the man at all, he's so unlike his mother and father." She recalled that Mary Anne and Fred Trump were "lovely parents, I don't know what went wrong with him. My mum and dad were second cousins. Every time they were over here they came to ours for dinner."

Mackay recalled one morning when the future president committed two social faux pas in quick succession. "He was here one morning I was busy making pancakes and he had forgotten my husband had died," she said. "He put a few pancakes in [his] pocket and never said 'cheerio' or anything."

The White House did not immediately respond to Newsweek's request for comment regarding the allegation of theft.

Trump visited his mother's former home in the village of Tong in the northeast of the Isle of Lewis in 2008. According to The National, the president has only visited once, and spent just 97 seconds in the home where his mother was raised alongside nine siblings.

During his visit, Trump said he had been "very busy—I am building jobs all over the world—and it's very, very tough to find the time to come back. But this just seemed an appropriate time, because I have the plane... I'm very glad I did, and I will be back again."

Mary Anne eventually emigrated to the U.S. in 1930 at the age of 17. Settling in New York, she met Trump's father Fred at a party and the two later married in 1936.

From across the Atlantic Ocean, Mary Anne retained her links with the isolated community, donating funds to help construct a village hall in the 1970s. Mary Anne visited Scotland regularly, and spoke the traditional Gaelic language when she did, according to the BBC.

Maryanne, who visited the area many times, continued in her mother's generous tradition and donated almost $200,000 to a care home and hospice in Stornoway, the largest city on the Isle of Lewis.

"They were a lovely pair," Mackay recalled. "His sister gave a big donation to the hospice. Mary Anne gave money to the Tong center as well. She was lovely."

During his trip, Trump met a delegation from the local council to talk about plans to convert Lews Castle into a hotel and museum. The National said the billionaire promised to "look at it," but never got back in touch with officials. 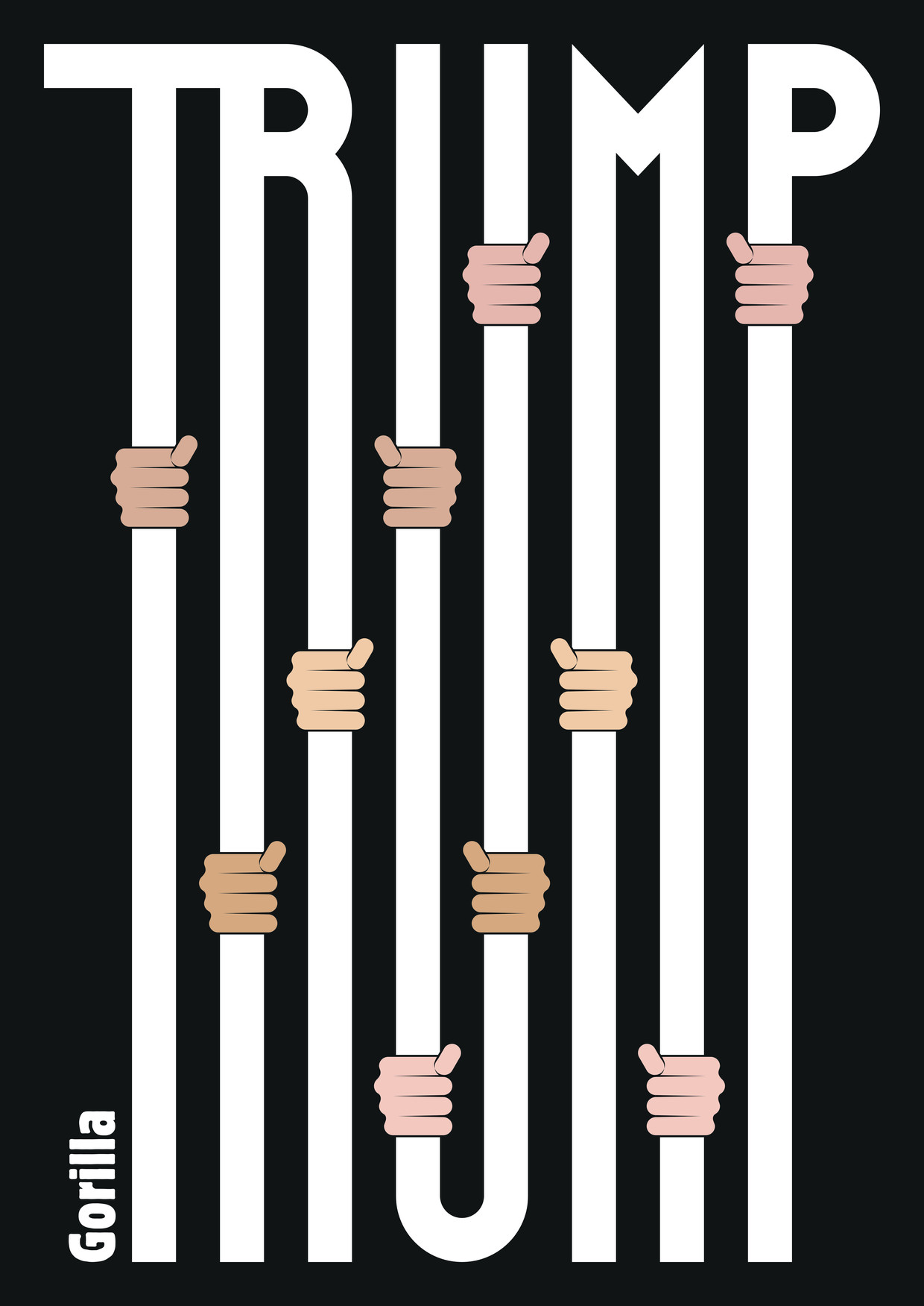 Vaughn is best known for comic roles in movies including Swingers, Wedding Crashers and Old School. Politically, he is an outspoken libertarian. 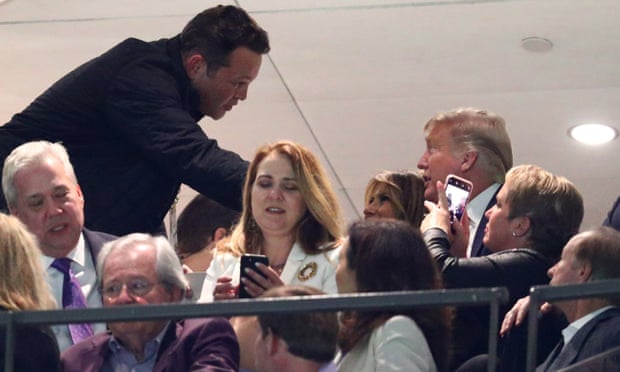 Uproar after Vince Vaughn shakes Trump’s hand at football game
[...]Sporting events have become the latest venue to showcase the polarization of the US under Trump.[...]
On Monday night, one Twitter user, who described herself as a Democratic political activist, said: “I’m not angry about Vince Vaughn, just profoundly disappointed. And I want nothing more to do with him. Once upon a time I found him quite entertaining. Not anymore.”

“So do Swingers and Wedding Crashers get taken off the air for all of eternity now after Vince Vaughn had a civilized conversation with the president at the Superdome tonight?” Joe Concha, a columnist with The Hill, wrote. 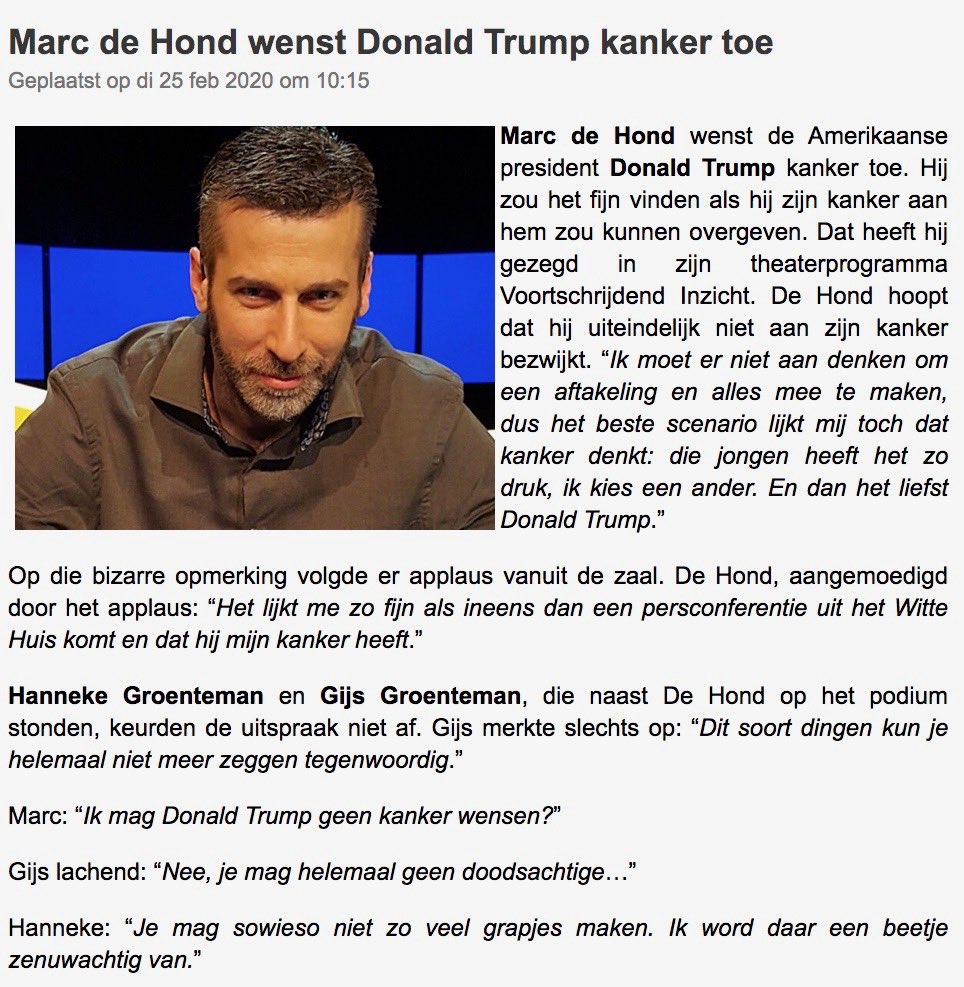 Joe Biden's pledge to name a woman as running mate fires speculation
During his debate with Bernie Sanders in Washington on Sunday, the former vice-president made it official. He would name a woman as his running mate, he said – and also put an African American woman on the supreme court.

“I’ll pick a woman to be vice-president,” Biden said. “There are a number of women who are qualified to be president tomorrow.”

By: David Ng, Breitbart,16 Mar 16, 2020:
A report from a German newspaper claiming that President Donald Trump wanted to secure exclusive American access to a coronavirus vaccine has proven to be false, but only after the story was repeated and spread by mainstream media outlets including Reuters, The Guardian, and Business Insider.

Spoiler! :
Reuters later stealth-edited its story to incorporate official statements denying the original newspaper report. But a New York Times journalist had already shared the Reuters article before it was altered. An MSNBC producer also shared the story.

The German newspaper Welt am Sonntag published a story Sunday claiming that White House officials had offered about $1 billion to the German biopharmaceutical firm CureVac to move to the U.S. and to make a coronavirus vaccine for the U.S. only. The company has indicated that it hopes to have a vaccine by June or July.

The newspaper cited an anonymous source in the German government claiming to “confirm” that President Trump wanted the vaccine “only for the United States,” then covered reactions from German politicians, who declared “no country should have a monopoly on any future vaccine,” according to the summary from reporters Paul Carrel and Andreas Rinke.

But the story quickly fell apart. CureVac issued a statement on Twitter denying that it received an offer from the U.S. government. “CureVac rejects all allegations from press,” the firm said.

Richard Grenell, the former U.S. ambassador to Germany, also denied the story, saying that the original Welt story “was wrong.”

At the time of this writing, the text of the Reuters story’s altered section reads:

A German Health Ministry spokeswoman, confirming a quote in the newspaper, said: “The German government is very interested in ensuring that vaccines and active substances against the new coronavirus are also developed in Germany and Europe.”
“In this regard, the government is in intensive exchange with the company CureVac,” she added.

Multiple English-language news outlets picked up the Welt story, including Reuters’ text. The revised Reuters story contains no editorial indications that it was corrected or updated, which is standard journalistic practice.

New York Times deputy weekend editor Aman Batheja tweeted out the first version of the Reuters article — hyping it as a “bombshell story” — to his nearly 15,000 followers. His post was retweeted more than 11,000 times.

The Times later ran its own story that cast doubt on the original Welt article. The Times reported that another German official said it “was unclear whether the [Trump] administration simply wanted the research work, and for any resulting production to be on American soil.”

The Guardian‘s story still claims that President Trump wants the vaccine for “exclusive U.S. access.” Other outlets that spread the debunked story include Business Insider, NBC News, and Mother Jones.

Welt alleged in its article that Trump administration officials met with CureVac’s CEO Daniel Menichella earlier this month to discuss the vaccine. Menichella later stepped down from the company.

The newspaper claims that the U.S. subsequently tied to broker a deal for exclusive access to the vaccine, which then prompted the German government to attempt a counter offer.
https://gellerreport.com/2020/03/reuters-reports-monstrous-lie-claiming-trump-sought-monopoly-on-covid-19-vaccine.html/
Wie in de Islam zijn hersens gebruikt, zal zijn hoofd moeten missen.
Omhoog

Gutfeld on the media and Democrats on the coronavirus

De crisis is ‘totally under control’