Bracciale said a hex is fundamentally different from a “binding” spell, which is about trying to block someone from doing something and limits others’ agency. A hex is a more direct attack that treats its target as an equal in a supernatural fistfight, Bracciale said.

About 1,000 people say they have plans to attend the sold-out event, which only has a capacity for 60. Catland is planning to livestream the hex and distribute instructions on social media for people who want to replicate the ritual at home. 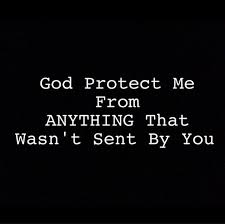 Brett Kavanaugh Rape Accuser Admits She Made Up Her Story

The Senate Judiciary Committee has referred a Kentucky woman to the Department of Justice (DOJ) and the Federal Bureau of Investigation (FBI) after she admitted making up an accusation that U.S. Supreme Court Justice Brett Kavanaugh had raped her.

According to the referral, the woman, Judy Munro-Leighton, contacted the Senate Judiciary Committee regarding a letter presented by Sen. Kamala Harris (D-CA) from “Jane Doe” of Oceanside, California, who claimed that Kavanaugh had raped her “several times.” As Breitbart News reported last month:

According to committee transcripts released Sunday, the accuser, who signed the mysterious letter as “Jane Doe,” alleges Kavanaugh and a friend raped her “several times” after giving her a lift home from a party — making no attempt to claim a time or place for the lurid story.

The accuser claims Kavanaugh groped her, slapped her, and force her to perform sexual acts. “They forced me to go into the backseat and took 2 turns raping me several times each. They dropped me off 3 two blocks from my home,” the accuser wrote, claiming the pair told her, “No one will believe if you tell. Be a good girl.”

The letter, marked with the word “urgent,” did not include a return address, nor did it offer clues regarding the accuser’s background. “A group of white men, powerful senators who won’t believe me, will come after me” if I reveal the incident, the accuser wrote, prompting observers to speculate the sender could be a minority.

In short, during the Committee’s time-sensitive investigation of allegations against Judge Kavanaugh, Ms. Munro-Leighton submitted a fabricated allegation, which diverted Committee resources. When questioned by Committee investigators she admitted it was false, a “ploy,” and a “tactic.” She was opposed to Judge Kavanaugh’s confirmation.

Kavanaugh denied the allegations by “Jane Doe” and others, and was later confirmed by the Senate.

Thousands of people have signed a petition to name the street in front of Trump Tower after Obama
Posted op januari 10, 2019 door Fubar in Headlines // 0 Comments

Trump Tower has stood as a symbol and a fortress of the Trump administration since the current president’s rise to power.

The New York City-based skyscraper was the headquarters for Trump’s 2016 presidential campaign and, if he is still in the job, it will be used in the same capacity for the 2020 campaign.

Since his defeat of Hillary Clinton in 2016, the building, which is situated on Fifth Avenue, has been under heavy security and the scene of many protests both for and against Trump.

Despite having a big house in Washington DC, Trump obviously feels comfortable and holds a sense of pride in the building, which he has lived in since 1983.

An activist group is hoping to change that just a little bit by launching a petition to have the area in front of the tower renamed in honour of Trump’s predecessor in the White House, Barack Obama.

A petition launched on the activist website MoveOn is hoping to gain 20,000 signatures to have the stretch between 56th and 57th streets renamed as 'President Barack H. Obama Avenue.'

The petition was started by Elizabeth Rowin, who is aiming to deliver the petition to New York City Mayor Bill de Blasio, upon receiving the requested amount of signatures. 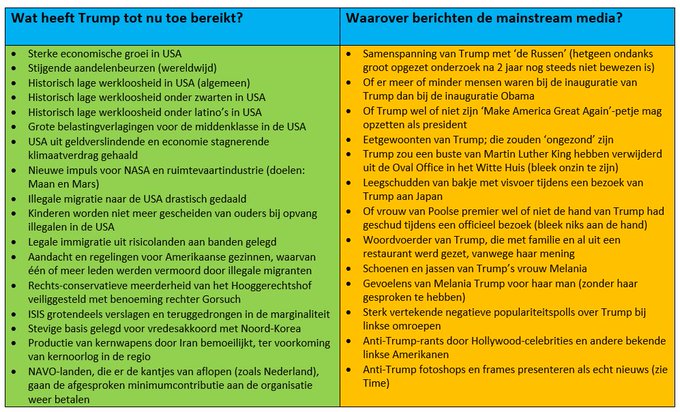 Why The Story About The MAGAhat Kids Is Bullshit.

There are 2 sides to every story.

Native American activist Nathan Phillips, whose confrontation with a Kentucky high school student went viral last week, has a criminal record, including assault and escape from prison, according to a report.

The 64-year-old Omaha Nation elder was captured on video facing off against a group of students from Covington Catholic High School in Park Hills, Kentucky, at the Lincoln Memorial in Washington, DC.

When he was a teen and in his early 20s, Phillips was charged with escaping, assault and various alcohol-related crimes, according to the Washington Examiner, which cited news reports from his hometown of Lincoln, Nebraska.

He was charged as a 19-year-old “with escaping from the Nebraska Penal Complex where he was confined May 3,” according to a 1974 article in the Lincoln Star.

Later that year, Phillips pleaded guilty to assault and was fined $200. He also was charged with underage possession of alcohol in 1972, 1973 and 1975, as well as negligent driving, the Examiner reported.

In August 1973, a charge of destruction of property against him was dropped, but he was sentenced to a year of probation for a related charge of alcohol possession by a minor.

n December 1978, Phillips was charged with driving without a license.

Phillips also apparently misrepresented his service in the US Marines, according to the report.

In April, Vogue quoted him as saying: “You know, I’m from Vietnam times. I’m what they call a recon ranger. That was my role.”

Phillips actually spent most of his time in the Marines as a refrigerator technician after initially being an anti-tank missileman for four months, had not been deployed outside the US and never saw combat, according to the corps.

According to military records provided to the Examiner, Phillips served in the Marine Corps Reserve between 1972 and 1976 and held the rank of private on April 18, 1975.


And according to records obtained by former Navy SEAL Don Shipley, Phillips was listed as absent without leave three times, the news outlet reported.

Phillips, who has described himself as a “Vietnam times veteran,” told the Washington Post in 2000 that he had been “a Marine Corps infantryman,” without mentioning that he had been a refrigerator tech for most of his service.

He did not respond to questions from the Examiner about his military record discrepancies or his rap sheet.

Phillips stood toe to toe with Nick Sandmann, who was wearing a red “Make American Great Again” cap, moments after the 16-year-old and his classmates ran into several members of the Black Hebrew Israelites.

Phillips, who had just attended an Indigenous Peoples March, has said he approached the students to try to defuse the tension between them and members of the radical group.

Sandmann — whose family quickly hired the Louisville-based public relations firm RunSwitch PR — on Wednesday denied that he was “disrespectful” toward the elder after he was criticized online for appearing to smirk at Phillips.

He also told NBC’s “Today” show that he’d like a sitdown with Phillips, who has offered to visit the Kentucky school to lead a dialogue about cultural understanding.