A mother left her three young children home alone for two weeks to go on a belated 'honeymoon' with her unofficial 'millionaire husband'.

Simten Sadiq, 33, was believed to be flying home from abroad tonight and is expected to be arrested by police on her return.

Her children aged 11, six and five were thought to have been left to fend for themselves in their council house in Leeds and lived on food stockpiled by their mother.

The youngsters were seen playing outside last week, but a neighbour became concerned about the absence of an adult at the house and contacted police.

Detectives went to the three-bedroom terraced house at 9pm on Saturday and found the children hiding under a bed. They were healthy and had apparently been well fed.

As police investigated the circumstances of the children's care, a tangled background of marital strife emerged.

The children's father Parvez Sadiq, 43, said his marriage had broken down in the past two years, but the couple were still legally married.

He said his wife, a devout Muslim and mature student, met her new boyfriend over the internet on an Islamic dating website

Mrs Sadiq contacted her husband in April to tell him she had 'remarried' in an Islamic ceremony in Austria.

In August, Mrs Sadiq was seen by neighbours with her new man, carrying a balloon with the words 'just married' on it. However, there is no evidence they underwent a bigamous ceremony in the UK. 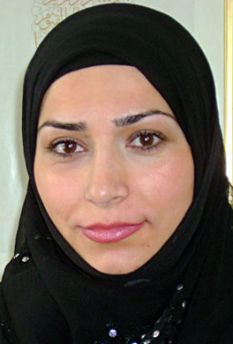 Mr Sadiq, a private hire taxi driver, lives only half a mile away from his estranged wife and their two daughters and son.

But he said he knew nothing about her absence until a social worker knocked on his door to tell him the children had been picked up by police.

He launched a blistering attack on his wife, saying: 'I am shocked, angry and worried. How can she do this? They have lost their innocence, their childhood.'

The cabbie added: 'It's very concerning for the welfare of the children. If she did leave them they must have been in a very, very strange situation.

'If I had known, obviously, I would have looked after them and made sure they had enough food.'

The father said social workers told him that his children had been taken into care and he is now hoping they can be reunited.

He said: 'I'd love to hold them and kiss them and make sure they are all right but it's out of my hands. I really hope I can see them. I'm just so worried about them.'


It is not known whether Mrs Sadiq has been in Austria for the past fortnight, but West Yorkshire Police have spoken to her and she is thought to be returning home for questioning.

British-born Mr Sadiq said he met his wife after putting a lonely hearts advert in a Turkish publication. Simten moved from Turkey to live with Mr Sadiq and they married in 1992.

The couple went on to have four children. Their eldest boy, 14, lives with his father.

The marriage ran into trouble after Mrs Sadiq decided to 'better herself' and began a college course.

Mr Sadiq said his wife walked out for the first time in November 2006 after she fell for a lecturer. 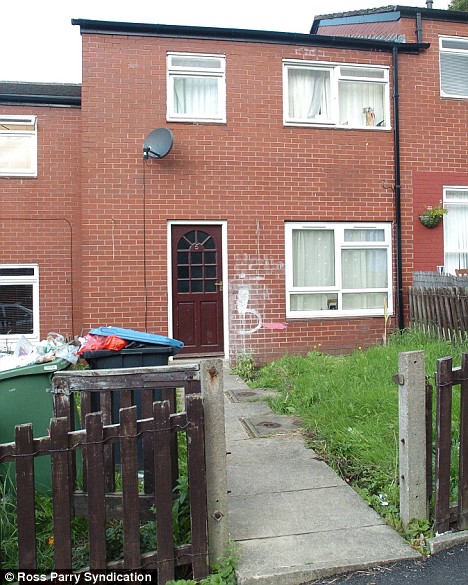 He said he did not know if she cheated on him, but he was left to care for all four children alone and was forced to work at weekends while a relative helped look after the youngsters.

Mrs Sadiq returned to her family but allegedly walked out again in January last year.

She enrolled on an education course at Leeds Metropolitan University and Mr Sadiq
said he agreed to her request to have custody of the three youngest children.

With the children in her care she was given the three-bedroom council house in Leeds.


In April, Mr Sadiq was told by his wife she had remarried and that her new husband 'was a better lover than he was'.


She said her new man was a 'millionaire barrister and farmer from Austria'.

Mr Sadiq said his eldest daughter had been responsible for caring for her younger siblings. He added that he believed she was flying back to the UK today.


A West Yorkshire Police spokesman confirmed officers called at the address after receiving a call from a member of the public on Saturday.

'Officers attended at the address and found three children and no adult present. They are now being cared for. The children do not have any injuries and appear to be fit and well.

'Police are now working with social services to establish the full circumstances surrounding the concerns and if any offences have been committed.'

'They are a lovely family and were very well turned out and well groomed as always.'