Austria orders diplomat home from Israel for posing in 'Nazi' T-shirt
Austria's foreign ministry has summoned an attaché from its embassy in Israel after he posted a picture of himself on social media wearing a T-shirt bearing the name of a Nazi tank division.

A screenshot of the post on Jürgen-Michael Kleppich's Facebook page shows him in the green shirt with the words "Stand your ground" and "Frundsberg", the Falter weekly reported.
[...]
he episode is the latest embarrassment for a member of the far-right Freedom Party (FPÖ) since it came to power in December in a coalition with the centre-right People's Party.
Kleppich, who is also an FPÖ local councillor in a district of Vienna, had previously posted a photo of his grandfather in a Nazi uniform, complete with swastika, according to Falte

The far-right Freedom Party said on Friday it had expelled two local councillors for sharing Hitler photos and quotes on WhatsApp, in yet another embarrassment for Austria's junior coalition partner.

The two were among six people whose homes were raided by police in Suben in northwestern Austria on suspicion of breaking laws against glorifying the Nazis, reports said.

Local FPOe official Erwin Schreiner said that they were thrown out of the party and that they had been "keenly urged" to step down as councillors.

"In the FPÖ there is zero tolerance" for glorifying the Third Reich, Schreiner told the Austria Press Agency. 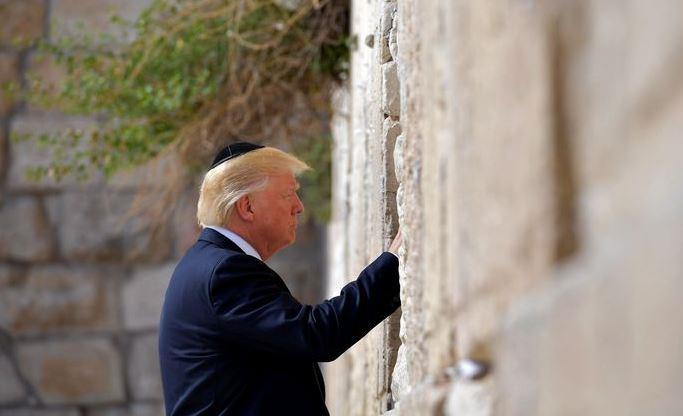 Danish imam charged over call to kill Jews
Imam Mundhir Abdallah, who preaches in the Copenhagen neighbourhood of Nørrebro at the Masjid Al-Faruq mosque, which media have linked to radical Islam, is accused of citing a hadith or koranic narrative calling for Muslims to rise up against Jews.

"These are serious statements and I think it's right for the court to now have an opportunity to assess the case," public prosecutor Eva Rønne said in a statement.
This is the first time the prosecution has raised such charges under a criminal code introduced January 1st 2017 on religious preaching.
Rønne said it's legal to quote religious books like the Koran and the Bible, but that inciting or welcoming the killings of people could be punishable by up to three years in prison.
"It has always been illegal to accept killings of a certain group of people, but it's new for us to target hate preachers," she added.

Abdallah could face up to three years in prison if convicted under the hate speech law, Rønne told Ritzau.
The case will be brought before the Copenhagen district court but no trial date has been set, the prosecution said.

The Jewish community, which in May filed a complaint over the imam's speech, welcomed the prosecution's decision to press charges.
The community's head Dan Rosenberg Asmussen told TV2 that "there was no doubt about the intentions" of the imam's statement.
"It was deeply worrying," Rosenberg added.

Minister of immigration and integration, Inger Støjberg, who has been outspoken against Islamic practises in Denmark, has described the imam's address as "horrible, anti-democratic and abominable".

According to broadcaster DR, Omar al-Hussein, who was behind a series of shootings at a free-speech conference and a Jewish synagogue in Copenhagen in February 2015 which left two people dead, had visited the mosque the day before going on the rampage.

Denmark published in May 2017 a list of foreigners accused of preaching hatred -- five of them Muslim preachers and one Evangelical, banning them for at least two years.
The list included two Saudis, a Canadian, a Syrian, and two Americans, incuding pastor Terry Jones who burned copies of the Koran in 2011, and has since been updated on several occasions.l 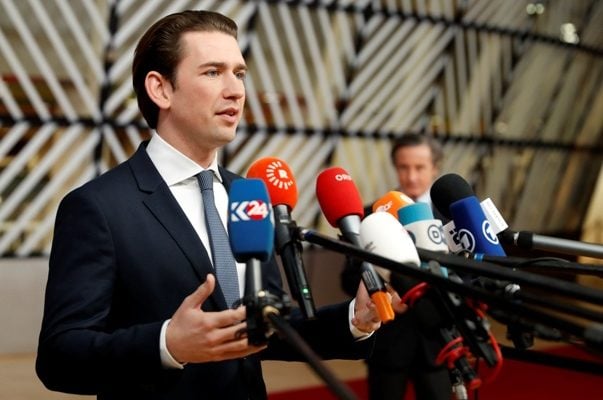 “Anti-Semitism and anti-Zionism are getting blurred, but they are two sides of the same coin,” said the Austrian leader, noting his country’s laden past regarding European Jewry.

Amid debate about the European right and a wave of anti-Jewish sentiment and actions, conservative Chancellor Sebastian Kurtz of Austria has positioned himself and his government as a leader in the fight against anti-Semitism by convening the Nov. 21 conference “Beyond Anti-Semitism and Anti-Zionism: Securing Jewish Life in Europe” in the context of the Austrian Presidency of the European Council.

The event evolved into a celebration of friendship between Austria and Israel, with Dr. Moshe Kantor, president of the European Jewish Congress, presenting Kurz with the “Navigator to Jerusalem Award” at the conference gala.

“This is possibly the first time a nation which holds the European Union Presidency has attempted to address anti-Semitism and anti-Zionism in a constructive and holistic manner,” Kantor told JNS. “We are grateful to the Austrian government for partnering with us, and accepting the role of pushing for lasting and durable solutions to increasing anti-Semitism.”

The European Jewish Congress presented senior leaders with a “Catalogue of Policies to Combat Antisemitism,” which includes, first and foremost, the worldwide adoption and implementation of the International Holocaust Remembrance Alliance (IHRA) Working Definition of Antisemitism.

This IHRA working definition equates anti-Semitism with delegitimization of the Jewish state, a categorization that has been criticized largely by the European and Israeli left. As reported in Haaretz, a group of 35 distinguished Israeli academics signed an open letter ahead of the conference stating: “This fight against anti-Semitism should not be instrumentalized to suppress legitimate criticism of Israel’s occupation and severe violations of Palestinian human rights.” It went on to state: “It is nonsensical and inappropriate to identify anti-Zionism with anti-Semitism.”

‘Two sides of the same coin’
Apparently, the criticism did not faze Kurz, who said in his keynote address that “anti-Semitism and anti-Zionism are getting blurred, but they are two sides of the same coin. As Austrians, we have to be honest when we look back at our past as Austria was not only a victim but also a perpetrator, but we must also look ahead to the future. We can’t undo history, but we can do justice to our history.”

Billed as “high level” and attended by prominent Jewish and European political leaders, the conference addressed three sources of anti-Semitism, as cited by Kantor: “Across Europe, far-right, far-left and radical Islam co-exist in a mutually reinforcing relationship, where anti-Semitism is a united element. The consequence is a growing threat to Jewish communities, and a growing sense of despair and pessimism about the future.”

While scheduled to attend, Israeli Prime Minister Benjamin Netanyahu instead sent a video greeting, likely due to the political upheaval at home.

Austria has already distinguished itself from other Western European countries, having sent its ambassador in Israel to a reception in honor of the May 14 inauguration of the relocated U.S. embassy to Jerusalem; Jerusalem, however, did not form a topic at the conference.

‘The dark sides of the party’
Despite the overall air of warmth and camaraderie among Netanyahu, Jewish leaders and the Austrian Chancellery, the conference was marked by the absence of official representatives from the Freedom Party, a coalition member officially shunned by Israel and the mainstream Jewish community, reflecting the overall Jewish rejection of populist parties, such as the AfD in Germany (which recently inaugurated a Jewish faction).

Kurz’s government has clamped down on “political” Islam with plans to shut down select mosques and Islamic organizations. Some Jews fear that actions targeting the Muslim community, such as proposed legislation to prohibit religious head coverings, will adversely affect Jews.

“There’s a very schizophrenic situation,” said Samuel Laster, the Israeli-Austrian founding editor of the Austrian Jewish portal, www.juedische.at, and a conference attendee. “We have the coalition that is great for Israel, but then we have an Israeli government that boycotts it.”

The Freedom Party was founded in 1956 by a former SS officer. While party leader and Austria’s Vice Chancellor Heinz-Christian Strache has eschewed the party’s Nazi baggage, most Austrian Jews are still suspect.

“In the context of Europe—and I see all these kinds of parties in Europe—they became very pro-Israel,” said Laster. “I wonder what’s the truth in it and what’s the game. Because if they’re pro-Israel, that’s very nice, but we need to find that all these parties engage in a proven fight against anti-Semitism and the dark sides of the party. There are red lines.”

However, Laster foresees a softening towards Kurz’s coalition government with its current behind-the scenes-contact with members of the Jewish community now taking place, saying that “it will take one to one-and-a-half years before there is normalization with the coalition.”