Protestors get a taste of their own medicine at American University

Notes: Australian TV program made in 1979 on the Prophecies of Nostradamus.

Bit of a hit and miss; but there are some stunning, perhaps even frightening interpretations of his quatrains.

Prophecies of Nostradamus about ISLAM and WW3 year 2001 to 2028 The End times?

Nostradamus was born Michel de Nostradame in Saint-Remy-de-Provence, France in 1503. He studied medicine and became a physician, treating plague victims throughout France and Italy. It’s believed he had a psychic awakening. He began to practice the and make predictions of the future, which he published in The Prophecies. Many people today believe his predictions have come true or will in the future.

el de Nostradame was born in the south of France in Saint-Remy-de-Provence, one of nine children to Reyniere de St-Remy, and her husband Jaume de Nostradame, a well-to-do grain dealer and part-time notary of Jewish descent. Nostradame's grandfather, Guy Gassonet, had converted to Catholicism a half century earlier and changed the family name to Nostradame, in part to avoid persecution during the Inquisition.

Little is known of his childhood, but evidence indicates he was very intelligent as he quickly advanced through school. Early in his life, he was tutored by his maternal grandfather, Jean de St. Remy, who saw great intellect and potential in his grandson. During this time, young Nostradame was taught the rudiments of Latin, Greek, Hebrew, and mathematics. It is believed that his grandfather also introduced him to the ancient rights of Jewish tradition and the celestial sciences of astrology, giving Nostradame his first exposure to the idea of the heavens and how they drive human destiny.

Michel de Nostredame (aka Nostradamus) was a 16th-century French philosopher who predicted many tragic events throughout history, including the Assassinations of the Kennedy brothers, the rise of Hitler, the defeat of Napoleon, and the unfortunate 9/11 terrorist acts. We don’t have many seers these days who can really predict the future. Nostradamus studied astrology and various sciences and used those to predict the future. Here is a list of 10 predictions that he made for the year 2016 Battle of Armageddon, megiddo. Last battle for the end times?

The Globalist Mask is OFF and the People Are Rising

Best Argument Ever Against Political Correctness by Stephen Fry

Why nationalism and a unified country terrifies Wall Street

Islamization of the Nations: Europe Today, North America Tomorrow - Islam Is Not A Religion of Peace

Being European vs Being an EU Citizen 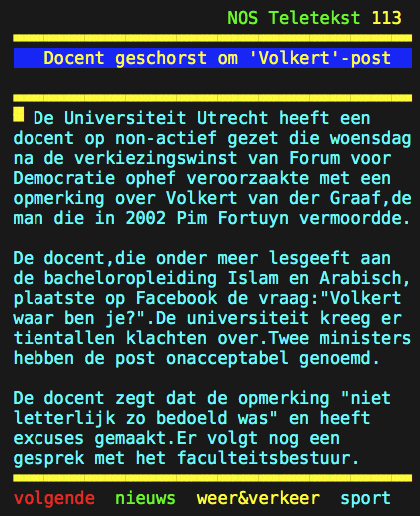