Innsbruck's Olympic Hall said it took the decision on the basis of "information about the organization of the event (on Saturday) and about the performing artists Osman Oztunc and Gokhan Tekin".

Guenther Platter, premier of Tyrol state in western Austria, said that the musicians "clearly belong to the Turkish nationalist and far-right scene and are close to the Grey Wolves".
The Grey Wolves are the radical wing of Turkey's Nationalist Movement Party (MHP).

Anger in Sweden over neo-Nazis’ May Day march
[...]The NRM march was one of six demonstrations in the central Swedish town of Falun on Monday, with a couple hundred supporters of the neo-Nazi group marching through the heart of the city. [...]
“This is an important day for our society and resistance against the Nazis,” Hultqvist said. “One can question whether it is fair that May Day has to take place with a police presence in order for people to feel safe.” 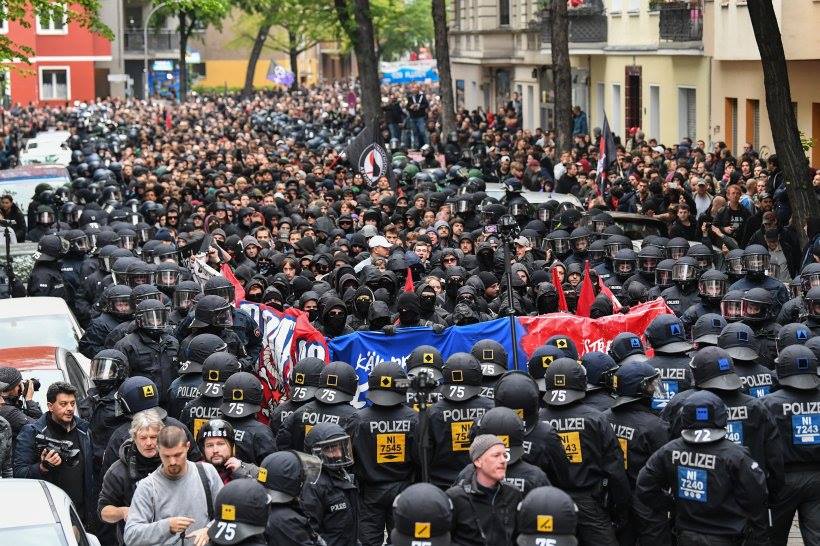 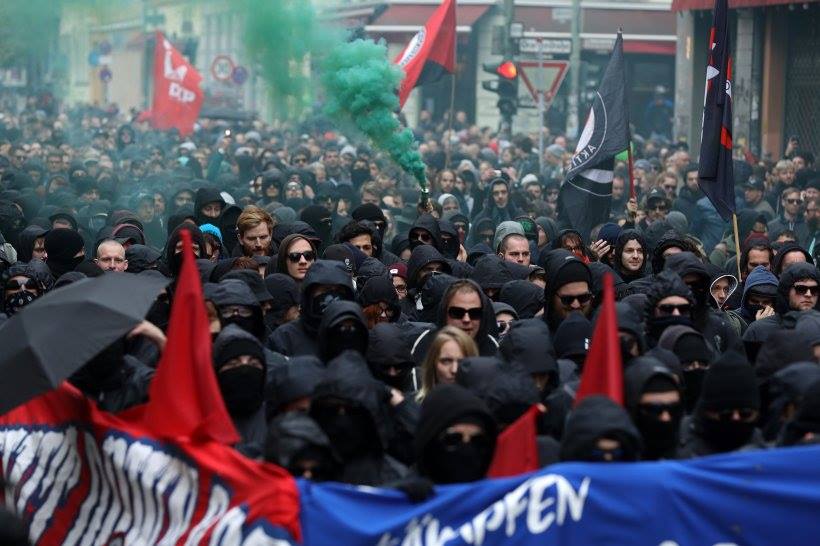 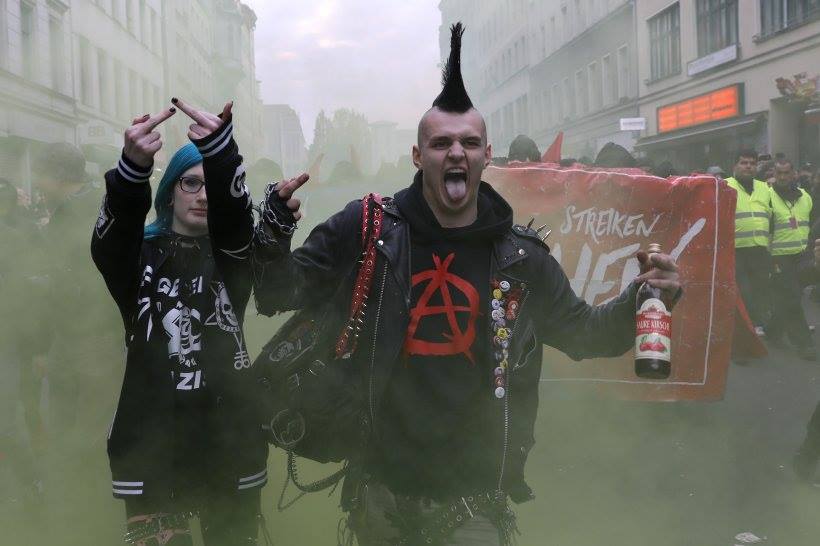 Scandal widens over far-right German soldier in 'attack plot'
Germany's defence minister on Sunday vowed zero tolerance for far-right extremists in the military amid a widening scandal over a soldier who allegedly plotted an attack which he planned to blame on refugees.
"We can tolerate many things, but not political extremism, right-wing or religiously motivated extremism," the minister, Ursula von der Leyen, told public broadcaster ZDF.

She was reacting to the strange case of a 28-year-old army lieutenant, named by German media as Franco A., who led what prosecutors called a "double life" pretending to be a Syrian refugee.
He was arrested last Wednesday on suspicion of planning a gun attack which he meant to blame on his alter-ego -- a fictitious Damascus fruit seller.

The scandal widened after news magazine Der Spiegel reported the suspect had expressed far-right views in a 2014 academic paper, but that no disciplinary action was taken against him.

The military intelligence service is currently investigating around 280 cases of suspected far-right sympathisers in the German armed forces, the report said.

Von der Leyen pointed to leadership failures within the Bundeswehr and criticised "a misunderstood esprit de corps" that had led superior officers to "look the other way" in the lieutenant's case.
She and Interior Minister Thomas de Maiziere, in charge of immigration and refugee issues, have vowed to clear up the embarrassing case, which has led one Social Democrat member to label them a "security risk" for Germany.

The lieutenant was first temporarily detained in February, by Austrian police at Vienna airport, after he tried to retrieve a loaded, unregistered handgun he had hidden in a toilet there days earlier.

This sparked an investigation in which a fingerprint check threw up an even bigger surprise: the suspect had in December 2015 created a false identity as a Syrian refugee.

The soldier, who has an Italian father and German mother, had pretended to be a Damascus fruit seller named "David Benjamin" -- ostensibly a Catholic with Jewish roots who had fled the Islamic State militant group.

He had registered himself at a German refugee shelter and even launched a request for political asylum, said the prosecution statement. Incredibly, the request was accepted, even though the soldier speaks no Arabic.

He was allotted a place in the refugee home and from January 2016 onward received 400 euros ($435) a month in state assistance under this false identity.

The Bild daily has now reported that police found a "death list" compiled by the suspect, including left-wing anti-fascist activists.

Defence Minister 'outrages' soldiers with strong criticism of army
Speaking on Sunday to broadcaster ZDF, the Defence Minister said that “the Bundeswehr has an attitude problem, and it clearly has a weakness of leadership on several levels.”
The comments came as von der Leyen wrote an open letter to people associated with the Bundeswehr, claiming that the arrest was no one-off.

But the Armed Forces Association fired back on Monday, with spokesman André Wüstner describing von der Leyen's comments as “unbelievable.”

“No one can understand how a Defence Minister can walk away from the match and criticize her own team, so to speak,” Wüstner told broadcaster MDR.
“Politicians specializing in the army, people in the army, family members and soldiers on duty abroad - everyone is outraged at this generalization.
“I expect her to shed detailed light on the accusation that the whole army has a leadership and attitude problem,” he added.

Rainer Arnold, military spokesman for the Social Democrats (SPD), demanded that von der Leyen apologize.
“That she accuses the whole army of having an attitude problem leaves me speechless. Every honest soldier feels insulted,” Arnold said.

The SPD politician argued that the Bundeswehr was struggling to deal sufficiently with cases of right-wing extremism in its ranks, but laid the blame on the CDU.
“The Defence Minister should have been working against this for a long time.”

Meanwhile in Halle, Saxony-Anhalt, a demonstration involving 500 right-wing extremists took place, with a counter protest of several thousand others. Five police officers were injured as conflicts arose among counter-protesters and police. Officers used pepper spray and batons against protesters, according to broadcaster N-tv. The exact number of protesters injured was not known. 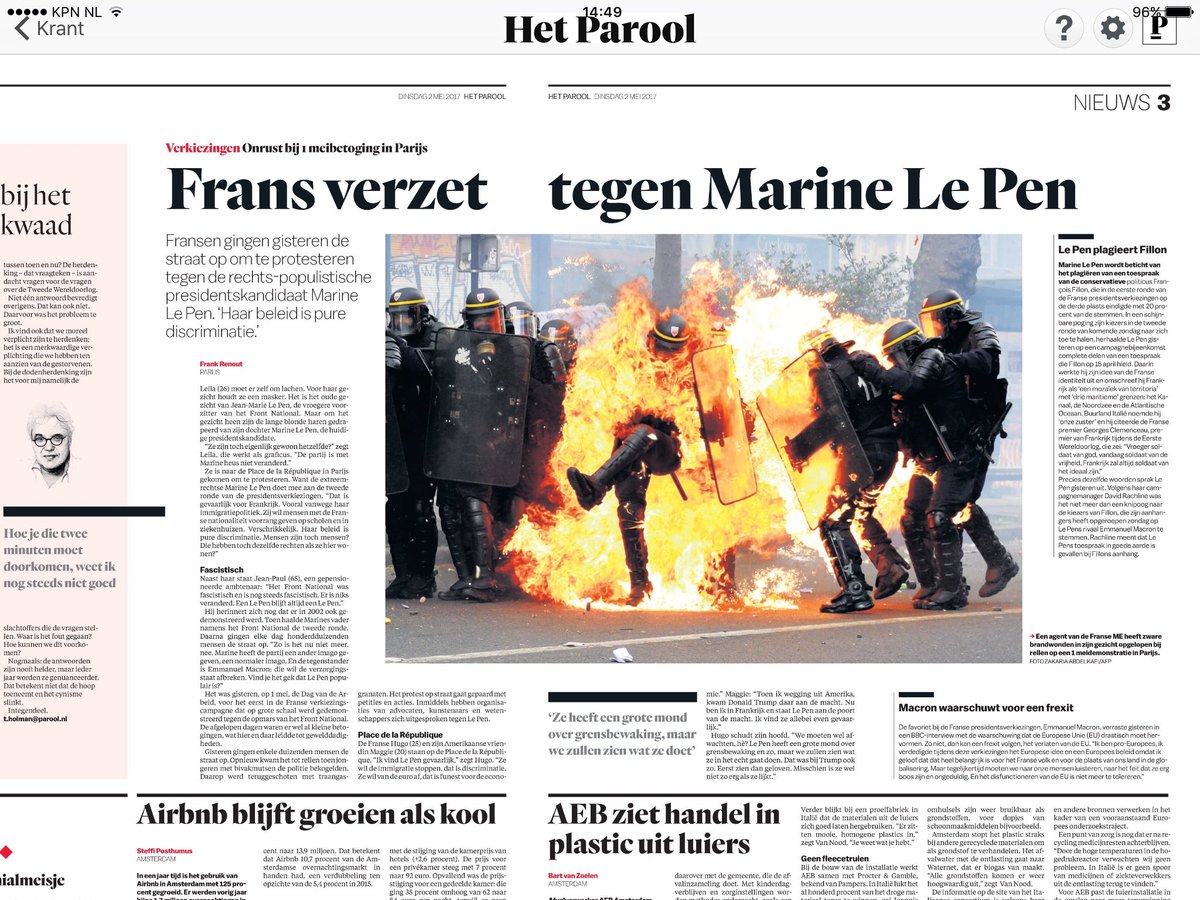 Anger in Sweden over neo-Nazis’ May Day march
[...]The NRM march was one of six demonstrations in the central Swedish town of Falun on Monday, with a couple hundred supporters of the neo-Nazi group marching through the heart of the city. [...]
“This is an important day for our society and resistance against the Nazis,” Hultqvist said. “One can question whether it is fair that May Day has to take place with a police presence in order for people to feel safe.”

Last week, Swedish anti-racism foundation Expo's annual report on white supremacist groups in the country documented 3,064 instances of activity by them in 2016, the highest number since the yearly studies started in 2008.

Swedish refugee centre evacuated before neo-Nazi march
On May 1st around 500 people took part in a march by neo-Nazi group the Nordic Resistance Movement (NRM) in the central Swedish town, and the municipality judged that the risk was high enough to justify moving 50 residents as well as staff from a shelter for lone refugee children in the area to another location for a two day period.

"It was a collective assessment that was made. We didn't want to take any risks," Falun municipality's coordinator for child refugees Kjell Nordqvist told broadcaster SVT.