Italian Girls Fined $3,500 each for Wearing Swimsuits Near Muslims on Italian Beach
Posted on 12 May, 2014 by Rick Wells

The encroachment of Sharia Law continues virtually unchecked or, as in this case, aided by a complicit Italian court. It appears that when one goes to the beach in Italy, it is wise to pack a complete wardrobe containing other country beach attire and then conduct a survey of those on the beach to determine the lowest common denominator of flesh to be exposed in order to avoid offending foreigners; Especially rich ones who consider themselves superior to women and the local population in general.

A justice of the peace in Messina, Italy has fined three girls an amount of approximately $3,500 each for wearing what is considered common beach wear in Italy, based upon the supposed offense to the sensitivities it created for some Saudi Arabian tourists who were also at the private resort of Taormina.

It has become common place for Muslims to make demands upon others to adhere to their standards, so it should not come as too great of a surprise that they filed their complaint. What is surprising is that the Italian court concurred and fined their citizens for engaging in normal behavior.

Until the judges come to their senses, the ladies of Italy should make certain they pack a sheet and a hajib with their towels and sunscreen. It’s a lot less than $3,500.

Here’s an excerpt from the Judgment:

For the purposes of the criminal law shall be deemed obscene acts and objects that, according to common sense, offend modesty (cp 725, 726).

So obscene and common decency are opposing elements, which exist precisely because of their opposition. The shame, feelings of shame, embarrassment, repulsion is typical of the individual when he, against his will, finds himself in front of other people’s events do not correspond to their education and culture, and reputed for its scandalous sex education.

Modesty becomes common sense when human society membership shares the same sensitivity towards the female body which in some Eastern societies if not fully covered may be considered obscene. The reference culture manages the lives of their bodies and every aspect and functionality, the speech also closely linked to sexuality.

This would be obscene indecent assault, as enshrined in Article 527 of the Criminal Code

It ‘important to emphasize that it is obscene that the concept of common decency to not only change over time within a given society, but also change from one company to another. Understanding these concepts refer to the consideration of the body and sexuality.

The girls were the only women to use a similar suit and were aware that all the women of the Muslim faith wearing a swimsuit that fully covered their whole body including the arms and legs.

In this case, the head of the village tour operator in Saudi Arabia, Dr. Chokri Majouli had repeatedly urged, at the request of Muslim parents present, Sig.re – OMISSION – not to be in the pool with quell’abbigliamento he did catch a glimpse of all their effeminate boys present who, having received a religious Muslim education, they were bewildered, stunned and somewhat excited.

He had also explained that in their culture, a similar style of dress was typical of women who practiced prostitution in private homes without having a minimum of feedback and getting just offensive answers.

Not only were the girls fined, but they were equated with prostitutes. It’s just more of the same Muslim tolerance on display, everywhere they go.

At the bottom of the page is a little disclaimer 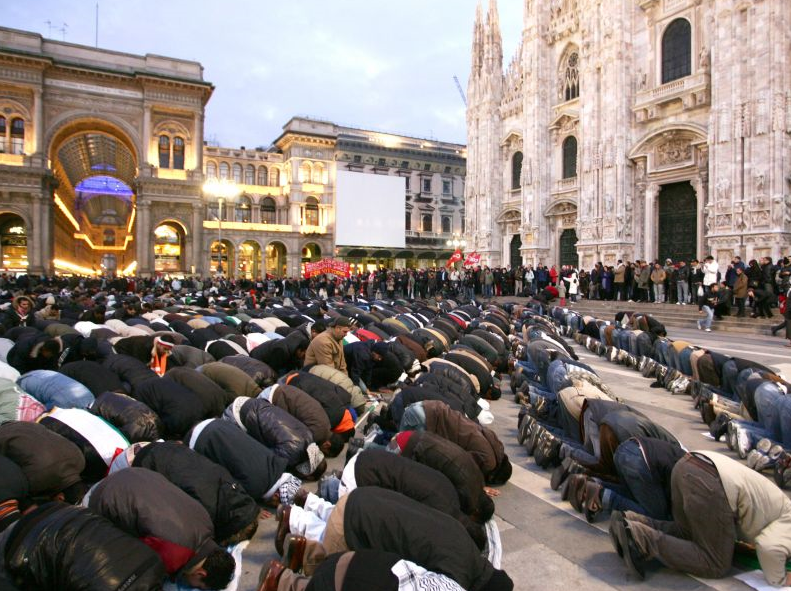