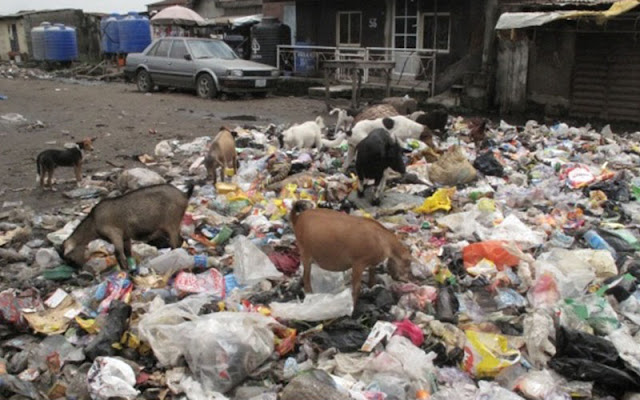 What Africans Are “Fleeing”: Their Self-Created Disasters

The “poverty” which Africans are “fleeing” during their ongoing invasion of Europe is not something which just “happens” by itself, but is a self-inflicted disaster caused specifically by a combination of low IQ and overpopulation—and they are bringing this devil’s brew of disaster with them to white countries. 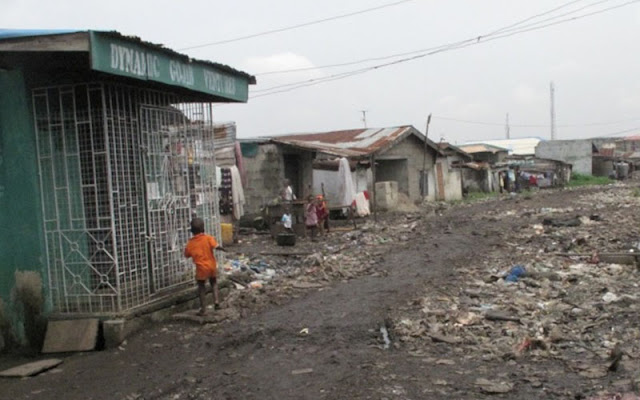 Just how bad Africa really is, was recently inadvertently revealed in a Canadian CBC report on a Nigerian who had tried to invade Europe via Libya and the Meditteranean.

The African, a 34-year-old named Oluwaseun Femi Ijitola, worked as a taxi driver in his native country, and decided to try his luck in invading Europe “in search of a better life.”

His plans however, came to naught when he has captured by Arab thugs and held hostage. The CBC article attempts to paint Ijitola’s invasion and subsequent detention in a sympathetic light, but it is the description of what he was fleeing from which provides the dramatic insight into the self-inflicted conditions in Africa.

“The ground is thick with mud and sewage. Wooden planks and tires scatter the slum, making a precarious pathway.
"We have to walk," says Oluwaseun Femi Ijitola, a 34-year-old taxi driver known as Seun. "No vehicle can pass through."
There is a look of shame in his eyes as he surveys this forgotten corner of Lagos.

On the water's edge of Nigeria's largest city, in the neighbourhood of Oworonshoki, people live in dire poverty with no sanitation, electricity or any other facilities, in ramshackle shanties covered with dirty tarpaulin and cardboard that barely keeps out the seasonal rains.

Chickens, goats and dog scavenge on mounds of garbage. Empty plastic bottles float on the tide of the Lagos Lagoon.
This is what Ijitola risked his life to escape when he became one of the hundreds of thousands of illegal migrants attempting to cross the Sahara desert to get to Europe and the hope of a better life.

"I have a dream of schooling abroad, and that is why I went to Libya," he says.

Ijitola says the area is "very, very rough and tough" and unlocks a tiny padlock to his wooden shack. His wife and five-year-old daughter aren't here.

"I sent them to be with the mother-in-law," he says. "I cannot feed them."

Local "area boys" — as the criminal gangs that extort money and mete out casual violence are known — loiter outside, smoking marijuana and drinking beer.”

The CBC article does not dare point out why so much of Africa is a degrading slum: namely the fact that the average IQ on that continent varies between 60 and 80—and that people with such low intelligences are utterly incapable of creating or maintaining a white, western-style society.

Ijitola’s “home” is therefore typical what Africans are “fleeing from”—and what they will bring to Europe once they overrun it completely. 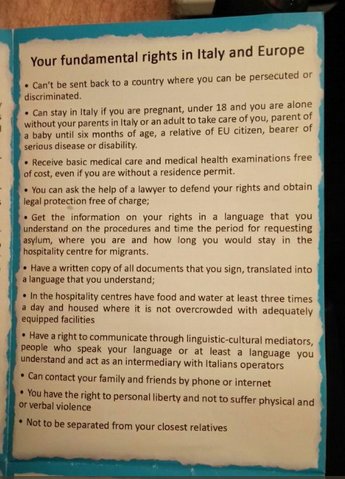 Something is rotten in the state of...”