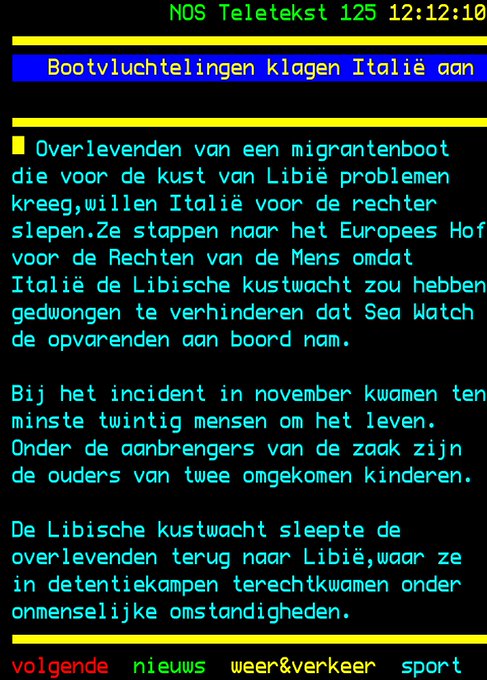 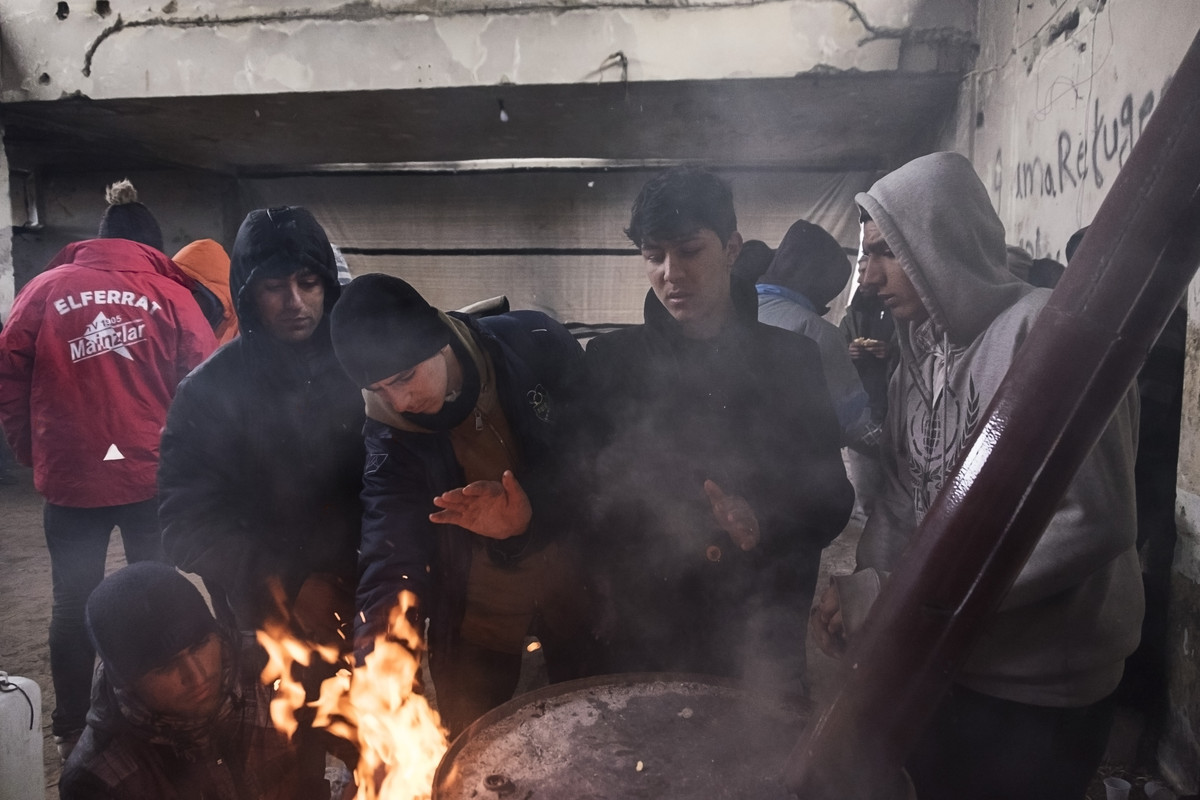 After the Serbian government shut down an official migrant center in this town on the Croatian border, an informal camp arose next to the train station. Locals were quick to start calling it “the Jungle,” a reference to the sprawling makeshift camp in Calais, France that had long been a decrepit home to thousands of migrants seeking to cross the English Channel.

More than 100 people have been stuck here since the border was closed in the autumn of 2016, taking shelter in the railway tracks and an abandoned factory nearby. In the last few weeks, many have left on a new route to the European Union through Bosnia-Herzegovina.

“That route is simpler because the border with Bosnia is longer, and there are drones patrolling the Croatian border now,” says an Afghan migrant named Yamal.

Officials are discouraging migrants from traveling through Bosnia. “There’s only one center there,” says Marc Pratllusà of the Spanish NGO No Name Kitchen. “We went there a few days ago, and the situation still needs to stabilize.”

For the migrants stuck in Šid, their informal leader is Komando, an Afghan man fluent in English who earned his nickname fighting in a militia group. After suffering an injury that left him in the hospital for four months, he traveled across several countries and gained an intimate knowledge of border issues along the way.

While Komando sits under the shade eating corn served by No Name Kitchen, other members of the camp’s Afghan community and Spanish volunteers play a game with dice and bottle caps. Seated just a few feet away in the brush near the railway tracks is 24-year-old Lucky, one of the few Pakistanis in Šid. Impeccably dressed in a vest over a red polo, he tells his story of fleeing the Taliban by paying smugglers more than $5,000 to travel to Turkey and onto Europe.

“I’ve been here for five months and ten days, but I want to go to Croatia because the smugglers say it’s better than Bosnia,” he says. “I’m here with my cousin but this could be our last night here, God willing.”

An engineer with a perfect English accent, he is convinced he’ll find work and a better future in Italy. “No one goes alone, we all have someone to help us cross the border,” he says. “In Italy they don’t deport you, and there are more job opportunities there.”

Everyone in the Šid camp has been pushed back from the border at least once. Some try to cross into Croatia once a week, and many have been here for more than a year. Others, like Yamal and his cousin Jamil, use it as a pitstop before leaving as soon as possible. After spending one day in Šid, the two 17-year-olds with hopeful eyes will leave for Bosnia with a larger group. “We slept here in a tent amid the ruins, but tomorrow we will leave,” says one.

A large faded sign overhanging the decrepit buildings marks the entrance to the camp. Graffiti in different languages is scrawled on the walls and a small swing hangs from metal tubes. Any shaded spot in sight is taken up by a tent, and a single large water tank serves the entire community.

Volunteers from No Name Kitchen help fill the tank and bring more to provide bathing water. “There were many more organizations here in the winter, when it was very cold and there were a hundred people here,” says Pratllusà. “Now we’re the only ones left.”

“The data tells us that the number of people entering Serbia isn’t decreasing, with 456 arriving in April and 250 in the first two weeks of May,” says Sara Ristić of Info Park, a local organization that provides migrants arriving in Belgrade with essential information to navigate the city. “The outflow towards Bosnia is a new phenomenon, as well as the arrival of more Iranians overstaying their tourist visas and other migrants expelled here from Bulgaria, Hungary, and Croatia.”

While numbers aren’t falling, they don’t seem to be rising either. According to an April 2018 report by the Belgrade-based NGO Refugees Aid Serbia, 33% of migrants who tried to enter Croatia were pushed back, compared to 31% for those seeking to cross into Hungary.

“Border police often commit acts of violence against these people,” says Stephanie Moissaing of Doctors Without Borders, which operates in Serbia. “They cause psychological and physical injuries which could make the victims more aggressive.”

The Bosnian Ministry of Defense reported that 2,280 migrants have been found attempting to illegally enter the country so far in 2018, with 1,967 of them apprehended at the border. The number of arrivals is rising but the country remains unprepared for the influx. Serbia operates at least five government-run migrant centers, but almost all those arriving in Bosnia flock to the northwestern town of Bihac on the border with Croatia.

Bosnian authorities and the local press have condemned the growing inflow of people but have proposed little in the way of solutions. NGOs warn of an imminent emergency if migrants begin to cross into Bosnia by traversing the river Drina, which marks a long stretch of the border with Serbia.

“The camps are overflowing because there are too many people housed in them,” says Moissaing. “But for the people arriving in Bosnia, it’s an important psychological victory. They’ve taken a step forward, even though the next one will be even more difficult.”

NCA: 700,000 Migrants in Libya Waiting to Board Boats to Europe

Europe’s problems with criminal trafficking gangs and illegal immigration are getting worse, the UK’s National Crime Agency (NCA) has warned, just days after the United Nations (UN) claimed that boat arrivals were “necessary” for the continent.
Pointing to a sharp rise in the number of attempted crossings from Africa along with the emergence of increasingly sophisticated ways of trafficking people across borders within the EU, the NCA revealed authorities in Europe are struggling to deal with smuggling gangs and immigration-related crime.

Criminal networks are making profits of up to £6 billion a year from charging would-be migrants, the majority of whom are from Africa, said Tom Dowdall, the agency’s deputy director of organised immigration crime.

According to the Daily Mail, the crime agency chief reported that attempted crossings to Spain and Italy have risen 75 per cent from last year while the Italian government’s crackdown on NGO boats has resulted in a “bottleneck” of 700,000 migrants currently in Libya who are waiting to get to Europe.

The UN has demanded Brussels reform asylum rules as it is “the only way” the EU can house every migrant who wants to make Europe their home.

In picking people up from so close to the Libyan border and ferrying them directly to EU ports, open borders NGOs have been ‘inadvertently’ assisting the work of criminal traffickers, the NCA’s Chris Hogben warned.

“They make it easier for the crime groups who now send a boat with not enough fuel on purpose as they know they will be picked up,” he said.

News from the NCA briefing came after the UN High Commission for Refugees (UNHCR) on Friday demanded Italy slash restrictions on so-called search and rescue operations carried out by foreign NGOs.

“Any vessel with the capability to assist search and rescue operations should be allowed to come to the aid of those in need and subsequently allowed to disembark at the nearest appropriate safe port,” insisted UNHCR spokesman Charlie Yaxley, stressing that “saving lives must be the key priority”.

At the press briefing in Geneva, Reuters reports that UN “migration experts” claimed the only aspect of mass third world migration posing a challenge for Europe was political resistance to the phenomenon.

“We consider it a political crisis, not a migrant crisis. The numbers are not that significant,” said Leonard Doyle, spokesman for the UN International Organization for Migration.

“We are concerned that the toxic narrative against migrants, to put it bluntly, be diminished, and people see migration for what it is. It’s a necessary part of the modern world, provided it’s managed. The issue is that people’s perception is that it’s out of control,” he said.

The remarks echoed those made by Leo Varadkar at the start of this month, when the Irish premier declared that debate in Europe over how to tackle illegal immigration is “[not] so much a migrant crisis as it is a political crisis”, and insisted that the continent “needs” mass migration from the world’s poorest countries.


African migrants threatened to kill the crew of an Italian cargo vessel that had rescued them in the Mediterranean, in an attempt to avoid being returned to detention centres in Libya
https://www.thetimes.co.uk/edition/world/mutinous-migrants-threaten-to-kill-italian-crew-after-rescue-p23wgf80h?CMP=Sprkr-_-Editorial-_-thetimes-_-Unspecified-_-TWITTER
Het morele gelijk ligt bij het volk