RIYADH, 25 April 2005 — Although mobile camera phones have been legal in the Kingdom since last December, their use is still not permissible everywhere. As a woman living in Saudi Arabia today, there is no problem taking your camera phone to the mall, but don’t even think of bringing it to school — even if you are a teacher.

“It is frustrating to constantly have to switch mobiles,” said Najla Maqabel, a teacher assistant at Mutawasat 53. She finds it a costly and irritating inconvenience to have to purchase two mobile phones since she cannot bring her own camera phone to school.

The government had tried to forbid sales of all camera phones, but it failed to do so because of the high number of illegal imports being sold on the black market. There is a difference, however, between teachers and students when it comes to mobile-phone usage. Unlike their pupils, teachers are still allowed to bring regular cell phones to school whereas students are forbidden from bringing any such devices beyond the school’s front gates.

Principals have a different point of view.

Maryam Amdsimani, principal of Al-Mustaqbal International Private School, said she doesn’t see why teachers should be treated differently when it comes to camera-phone usage.

“Teachers serve as role models for students,” Amdsimani said, noting there might be conflicts between the two groups if teachers were allowed to bring their camera phones on school property.

Another teacher, Samar, who prefers not to give her last name, at Mutawasat 16 does not own a camera phone herself and has no plans to get one, either. She said they’re not essential. However, many of her colleagues own them and bring them to school. She explained that, unlike students, teachers are not searched.

Things are not as smooth for a schoolgirl in Saudi Arabia. If by chance she is caught with a camera phone in school she could face a SR500 fine and suspension.

In December 2004 the website www.picturephoning.com, which explores the new world of picture and video phones, posted reasons why many Saudi schools do not allow mobile phones — with or without cameras — on their premises. The reasons include student misconduct, calls during class, photographing teachers and classmates and sending improper text messages.

Haya Makheileb, an 8th grader with a camera phone, is not at all bothered by the fact that she cannot bring her mobile phone to school. She explained that while students were not searched at the gates, teachers still had the right to search students’ belongings, including total body frisking.

Another high school student who owns a camera phone, 15-year-old Fadia Almohaisen, said banning mobile phones at schools is a good idea. She said it would distract pupils from paying attention in class.

However, not all teenagers feel the same way.

Mona Farid and Dana Salam, both in 10th grade, find it extremely annoying. “We sometimes need it for emergencies; you never know what could happen while you are at school.” 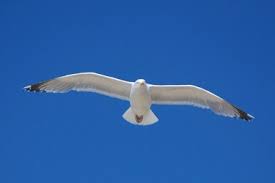