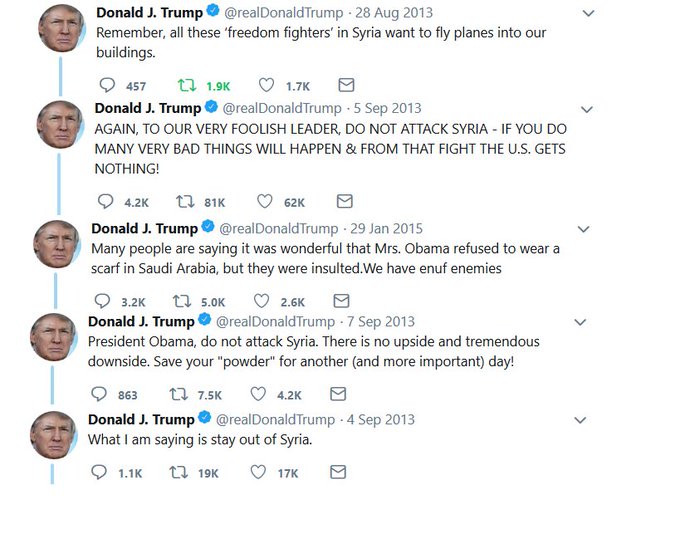 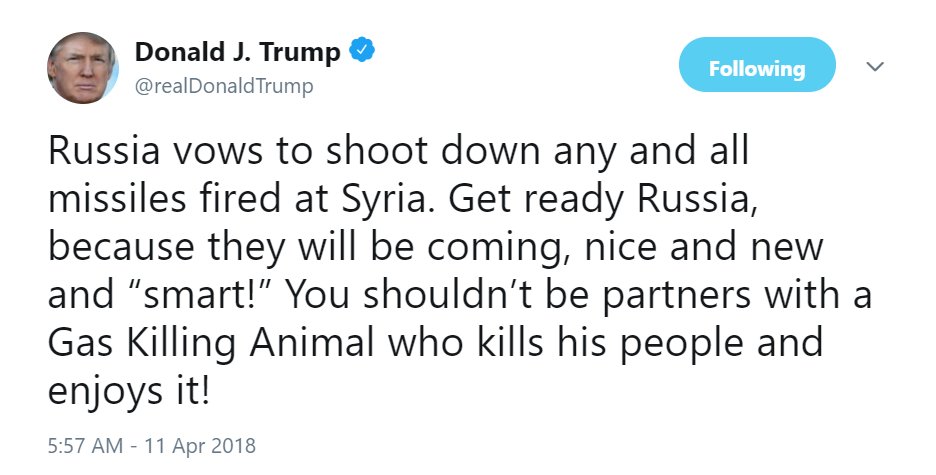 Russia vows to shoot down any and all missiles fired at Syria. Get ready Russia, because they will be coming, nice and new and “smart!” You shouldn’t be partners with a Gas Killing Animal who kills his people and enjoys it! 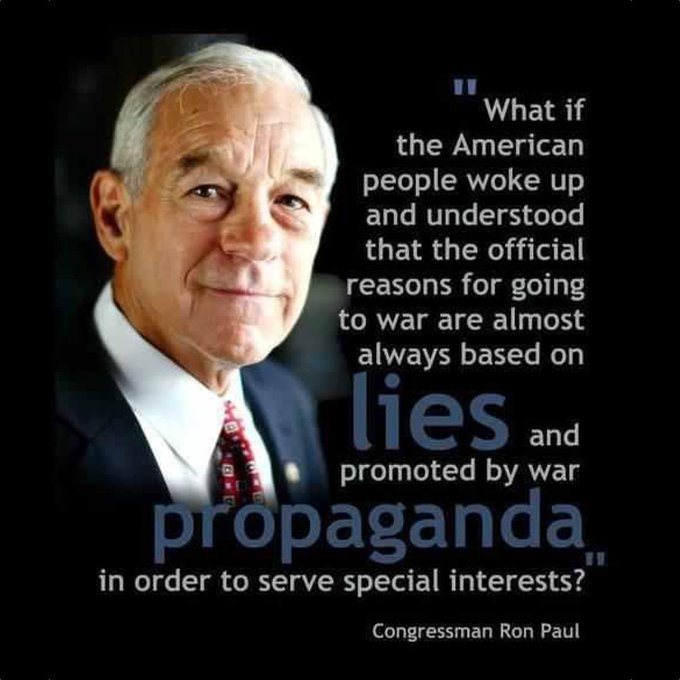 Putin: The world is getting more chaotic, but we hope that common sense will prevail

Russian President Vladimir Putin has expressed hope that “common sense” will eventually prevail in the modern world, which is becoming “more chaotic.” The current international situation is very troubling, he added.

“The state of world affairs invokes nothing but concerns, the situation in the world is becoming more chaotic,” Putin said on Wednesday during a ceremony to welcome new ambassadors to Russia.

“Nevertheless, we still hope that common sense will eventually prevail and international relations will enter a constructive course, the entire world system will become more stable and predictable.”

Moscow will continue to advocate strengthening “global and regional” security, and will fully adhere to its “international responsibilities and develop cooperation with our partners on a constructive and respectful basis.

“We will pursue a positive, future-oriented agenda for the world; and work to ensure stable development, prosperity and the flourishing of mankind,” Putin said.

Putin’s statements came shortly after a new batch of threats from by his US counterpart. Earlier on Wednesday, Donald Trump warned Russia to “get ready” for “nice and new and ‘smart’” missiles targeting Syria. His tweet followed a promise by Moscow to intercept any incoming projectiles in Syria, and to hit the locations from which they were launched. 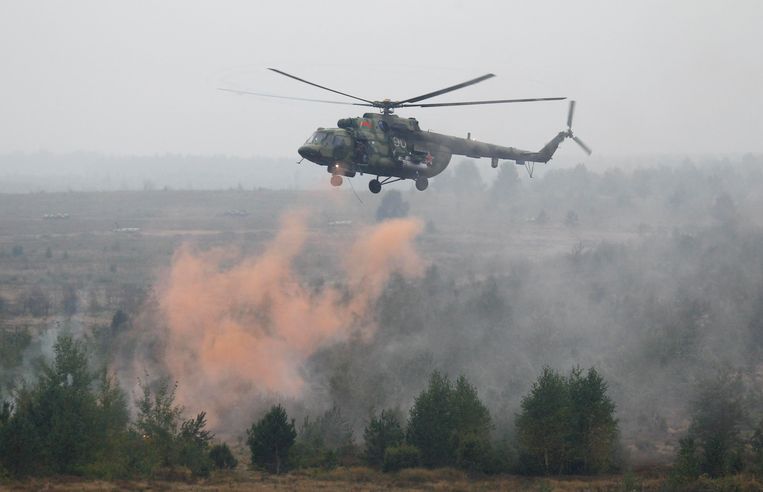 BRITISH and French forces could launch an imminent missile strike on Syria within a matter of hours, aviation monitors have revealed.

A coalition force could fire “air-to-ground or cruise missiles” in the wake of a horrifying chemical attack on innocent civilians in Syria last week.

Aviation experts AirLive have reported a “rapid alert notification” warning aircraft in the eastern Mediterranean to be wary of a sudden missile strike.

AirLive said the alert was issued by Eurocontrol for a “possible launch … within the next 72 hours”.

AirLive said: “According to reports, British forces are mobilising at their bases in Cyprus and Rafale fighter jets could takeoff from St Dizier airbase in France for possible strikes against Syria.”

Iran's semi-official news agency has reported that an unknown number of 'British military men' have been captured in Syria by government forces.

They quoted the Lebanese news channel al-Mayadeen's Moscow correspondent, who claimed British troops were being held after 'infiltrating' the country.

According to the report, they were taken after fighting in Eastern Ghouta, near the capital Damascus.

Fars claimed it was part of a plot involving 'terrorists and NATO forces' to attack Damascus.

They Can’t Even Do a False Flag Right: Russia Calls Out Inconsistencies in Douma “Chemical Attack” 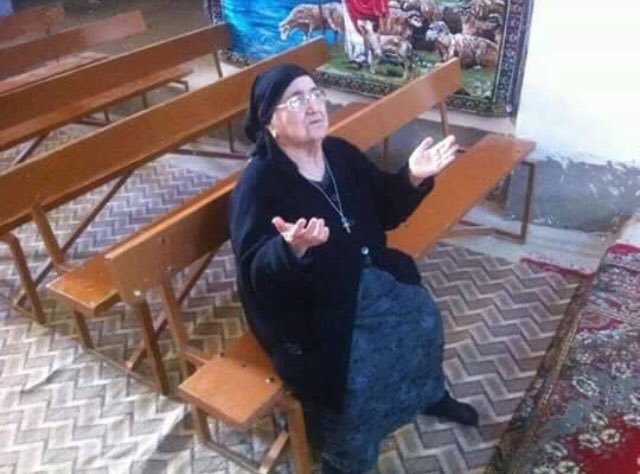 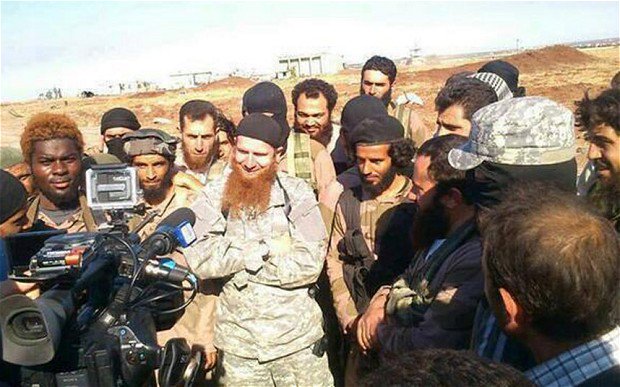 NOW MATTIS ADMITS THERE WAS NO EVIDENCE ASSAD USED POISON GAS ON HIS PEOPLE:

Lost in the hyper-politicized hullabaloo surrounding the Nunes Memorandum and the Steele Dossier was the striking statement by Secretary of Defense James Mattis that the U.S. has “no evidence” that the Syrian government used the banned nerve agent Sarin against its own people.

This assertion flies in the face of the White House (NSC) Memorandum which was rapidly produced and declassified to justify an American Tomahawk missile strike against the Shayrat airbase in Syria.

Mattis offered no temporal qualifications, which means that both the 2017 event in Khan Sheikhoun and the 2013 tragedy in Ghouta are unsolved cases in the eyes of the Defense Department and Defense Intelligence Agency.

Mattis went on to acknowledge that “aid groups and others” had provided evidence and reports but stopped short of naming President Assad as the culprit.

There were casualties from organophosphate poisoning in both cases; that much is certain. But America has accused Assad of direct responsibility for Sarin attacks and even blamed Russia for culpability in the Khan Sheikhoun tragedy.

Now its own military boss has said on the record that we have no evidence to support this conclusion. In so doing, Mattis tacitly impugned the interventionists who were responsible for pushing the “Assad is guilty” narrative twice without sufficient supporting evidence, at least in the eyes of the Pentagon.

This dissonance between the White House and the Department of Defense is especially troubling when viewed against the chorus of weapons of mass destruction (WMD) experts who have been questioning the (Obama and Trump) White House narratives concerning chemical weapons in Syria since practically the moment these “Assad-ordered events” occurred.

These analysts have all focused on the technical aspects of the two attacks and found them not to be consistent with the use of nation-state quality Sarin munitions.

The 2013 Ghouta event, for example, employed home-made rockets of the type favored by insurgents. The White House Memorandum on Khan Sheikhoun seemed to rely heavily on testimony from the Syrian White Helmets who were filmed at the scene having contact with supposed Sarin-tainted casualties and not suffering any ill effects.

Likewise, these same actors were filmed wearing chemical weapons training suits around the supposed “point of impact” in Khan Sheikhoun, something which makes their testimony (and samples) highly suspect. A training suit offers no protection at all, and these people would all be dead if they had come into contact with real military-grade Sarin.

Chemical weapons are abhorrent and illegal, and no one knows this more than Carla Del Ponte. She, however, was unable to fulfill her U.N. Joint Investigative Mechanism mandate in Syria and withdrew in protest over the United States refusing to fully investigate allegations of chemical weapons use by “rebels” (jihadis) allied with the American effort to oust President Assad (including the use of Sarin by anti-Assad rebels).

The fact that U.N. investigators were in Syria when the chemical weapon event in Khan Sheikhoun occurred in April 2017 makes it highly dubious that Assad would have given the order to use Sarin at that time. Common sense suggests that Assad would have chosen any other time than that to use a banned weapon that he had agreed to destroy and never employ.

Furthermore, he would be placing at risk his patronage from Russia if they turned on him as a war criminal and withdrew their support for him.

Tactically, as a former soldier, it makes no sense to me that anyone would intentionally target civilians and children as the White Helmet reports suggest he did.

There is compelling analysis from Gareth Porter suggesting that phosphine could have been released by an airborne munition striking a chemical depot, since the clouds and casualties (while organophosphate-appearing in some respects) do not appear to be similar to MilSpec Sarin, particularly the high-test Russian bomb-carried Sarin which independent groups like “bellingcat” insist was deployed.

America’s credibility was damaged by Colin Powell at the United Nations in 2003 falsely accusing Saddam Hussein of having mobile anthrax laboratories. Fast forward to 2017 and we encounter Nikki Haley in an uncomfortably similar situation at the U.N. Security Council calling for action against yet another non-Western head-of-state based on weak, unsubstantiated evidence.

Now Secretary Mattis has added fuel to the WMD propaganda doubters’ fire by retroactively calling into question the rationale for an American cruise missile strike.

While in no way detracting from the horror of what took place against innocent civilians in Syria, it is time for America to stop shooting first and asking questions later.

Trump: ‘I never said when attack on Syria would take place’

US President Donald Trump has taken to Twitter to clarify that he never specified when the US would conduct an attack on Syria.
“Never said when an attack on Syria would take place,” Trump wrote on Thursday. “Could be very soon or not so soon at all!”

Trump also credited his administration with defeating ISIS in Syria. “In any event, the United States, under my Administration, has done a great job of ridding the region of ISIS. Where is our “Thank you America?” he tweeted.