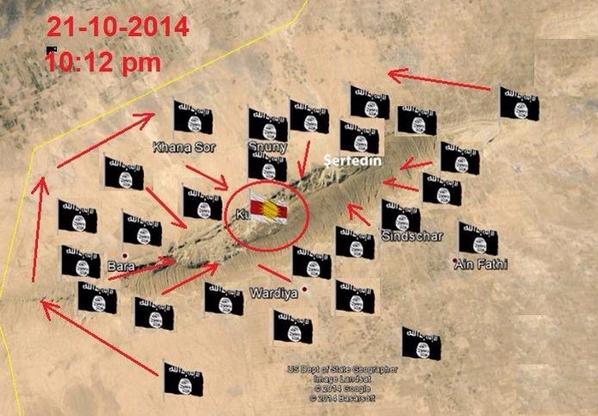 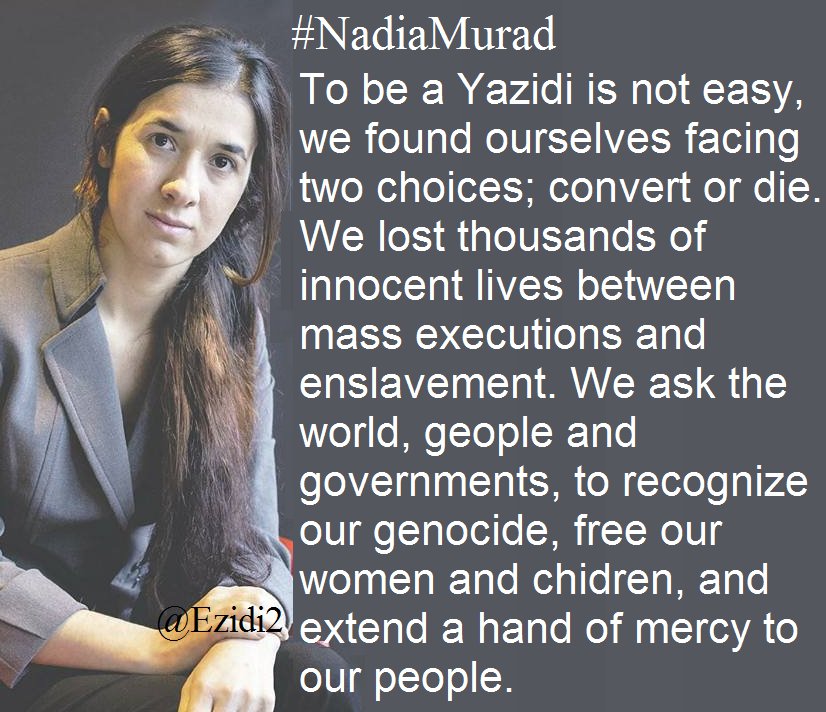 Hundreds of former ISIS sex slaves have joined an all-female battalion to launch a massive assault against their abusers in Iraq.

The Yazidi women – who call themselves the ‘Force of the Sun Ladies’ – have taken up arms in the quest for revenge but also to preserve the future of their race.

They are among around 2,000 captives who have escaped their jihadi tormentors who subjected them to horrific torture and rape and massacred thousands of their loved ones after storming their villages in the summer of 2014.

Now, driven by a collective desire for vengeance, the battalion is preparing for an offensive on the ISIS stronghold of Mosul where many were exchanged by militants to serve as their sex slaves.

Revenge: Members of an all-female Yazidi battalion (pictured in August 2015) who call themselves the 'Force of the Sun Ladies' are preparing for a massive assault on their ISIS abusers. Hundreds of former ISIS sex slaves have joined the unit to launch an offensive on the terror group's stronghold of Mosul.

Capt Khatoon Khider, a member of the Sun Ladies, told Fox News: ‘Whenever a war wages, our women end up as the victims.

She is among more than 100 Yazidi women who have trained with the Kurdish Peshmerga forces which are preparing to attack Mosul, with another 500 waiting to follow suit.

Around 5,000 Yazidi men and women were captured by the militants, but some 2,000 have managed to escape or been smuggled out of ISIS self-proclaimed caliphate in Iraq and Syria.

But the United Nations says ISIS is still holding an estimated 3,500 people captive in Iraq, the majority women and girls from the Yazidi community.

Surivivors have recounted horrendous stories of sexual abuse and torture.

One Yazidi mother, who gave birth while being held as a sex slave, told how she was not allowed to feed her newborn son.

Her captor then beheaded the boy when he cried. 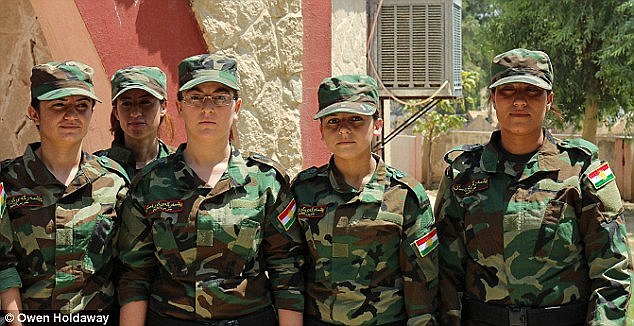 Taking up arms: Around 5,000 Yazidi men and women were captured by the militants, but some 2,000 have managed to escape or been smuggled out of ISIS self-proclaimed caliphate in Iraq and Syria.

Islamic State militants consider the Yazidis to be devil-worshippers. The ancient Yazidi faith blends elements of Christianity, Zoroastrianism and Islam.

Most of the Yazidi population, numbering around half a million, are displaced in camps in Iraq's Kurdistan.

Last month, director of the U.N. human rights office in Iraq, Francesco Motta, said the militant group is seeking to 'destroy part or the whole of the Yazidi people'.

Nadia Murad Basee Taha, 21, who address parliamentarians in London, is also appealing for more help for displaced Yazidis living in refugee camps, and to investigate whether the militant group has committed genocide against the Yazidi people.

Taha took her message to the U.N. Security Council in December and has spoken to successive governments, appealing to the international community to act.

Taha has travelled to Egypt, Greece, Kuwait, Norway, the United States and Britain with her message.

'The places I've spoken to have given me hope... but a year and a half has passed and nothing has happened yet,' she said in an interview.

She was tortured and repeatedly raped before she escaped three months later. She is now living in Germany.

'I'm in touch with friends - girls who are still in captivity. They are asking for help, to be freed,' she said.

Ashraf Sherjan schreef:"The first time they made me wear it, I felt like I was being suffocated."

This #Yazidi woman was sold as a sex slave and burned her veil as she left Baghouz, the last ISIS stronghold in Syria.