American and European liberals have a dream, and it is this: When US voters go to the polls next Tuesday to elect a new House of Representatives and one third of the Senate, the results will sound the death-knell for Donald Trump and all his works.

With the Democrats controlling both chambers of Congress and the special counsel, Robert Mueller, reaching the end of his investigation, impeachment proceedings will be instituted and sooner or later Trump and his court will be out of office. Lock him up, lock him up, lock him up!

Well, maybe. What Trump’s opponents have going for them is the polling, which shows the president languishing with an approval rating of around 40 per cent and Democrats favoured to win seats – and state governorships – that they might not have won in the recent past.

There are also the precedents. First-term presidents tend to do badly in the midterms, as voters seize their first opportunity to register their discontent. Although Bill Clinton left office with high poll numbers, his first midterm Congressional elections in 1994 were a disaster, as Republicans gained control of both chambers.

The Democrats are eyeing something of the reverse scenario this time around. The Clinton analogy is also pertinent because the victorious Republicans then used their victory to pursue impeachment – though the Senate vote eventually allowed him to keep his job.

But there are many caveats that need to be applied here, starting with the polls. It may be that lessons have been learned from 2016, so that the Democrats’ confidence now is well-founded. But anyone who has forgotten how badly the pollsters got it wrong last time around, would do well to watch Michael Moore’s latest film – Fahrenheit 11/9 – for a vivid reminder on precisely how wrong they got it, and how late in the day (not until the early hours of election night, when Hillary Clinton’s supporters were advised to go home) this was all realised.

The same film also offers a useful corrective to the idea that Trump was plotting with anyone to win the presidency; he looked scarcely more enthusiastic at the prospect of becoming president on the night than the trio of leading Brexiteers looked on the morning after the UK’s EU referendum. The unexpected can come to pass.

Nor is it quite so obvious to many Americans, as it is to many Europeans, that Trump’s first two years have, in fact, been a disaster. The economy has been doing well, wages are up, unemployment is down. From an “American First” perspective, the president has made the Nafta agreement less skewed against the US, he has called out the Europeans on Nato funding, he has stood up for US interests with China, read the riot act on arms control compliance to Russia, and averted the threat from North Korea.

Yes, there have been scandals – women (Stormy Daniels), women again (#MeToo, Christine Blasey Ford and the Supreme Court appointment), and resignations and indictments of aides (though not on Russia collusion). But so far there have been no scandals that would not have already been factored in by his supporters two years ago. If the midterms are treated as a referendum on Trump, he could do better than forecast.

Even if the Democrats were to win big on Tuesday, or only a little less big than they hope, however, this would not necessarily pave the way for the end of Trump. Any prospect of impeachment would require the Democrats to gain clear control of both chambers. But a majority in the House looks to be the easier task, or a narrow majority in both.

The effect then might not be quite what the Democrats have in mind. A very narrow majority in both chambers, or control of just one, would be a recipe for a general political stalemate rather than the advance of a Democratic agenda. And while there are doubtless some – perhaps many – who would regard stalemate, or just a mess, in Washington as preferable to Donald Trump riding high on the back of a solidly Republican Congress, it is questionable how much more a brake this would be on his executive power.

After all, the most effective opposition to Trump in his first two years in office has come not from the divided Democrats, but from Republicans, from the judiciary, from the media and from ordinary Americans. Plus, one of the skills Trump has shown as president is his – albeit clumsy – ability to work “across the aisle”. Barack Obama never really mastered the art; George Bush was a quick study, and Bill Clinton had to learn how to do it. But for this most transactional of presidents, to be down does not necessarily mean to be out.

There is something else that the president has going for him, too, which might be ephemeral, but comes at exactly the right time to help Republican candidates and harm Democrats in next week’s vote. The 7,000-strong “caravan” of asylum-seekers from Honduras is currently wending its way through Mexico on its way to the US border.

Trump may not have honoured his election promise to build a border wall, still less to persuade Mexico to pay. But the spectacle of this column of humanity moving north, with the Mexicans having failed to halt it at their own border, and now providing sustenance and accommodation en route, gives the Republicans a nightly party political broadcast as its advance is followed in real time on television.

The European coverage of this convoy has been largely sympathetic, with journalists inviting would-be asylum seekers to make their case for US refuge and describing the horrors and deprivation they have left behind. But I doubt this is how such a convoy would be perceived by the average British voter if its sights were set on Calais, and a mass walk through the Channel Tunnel.

Arguably, this is something akin to what happened around the EU’s borders in the summer of 2014, a multiple breach of security that may well have swung the Brexit vote in the UK and, it now transpires, may be spelling the end of Angela Merkel’s reign in Germany. Protecting the national border is a basic responsibility of any sovereign state where no government can afford to fail. Individuals have a right to request asylum in another country, but that state has the right to decide whether the conditions for granting refuge are met.

Trump and the Republicans are perhaps fortunate that the caravan will not reach the US border before polling day. Sending, or threatening to send, military reinforcements is an easy win. What happens next could be even uglier than Trump’s invective.

In the meantime, as free election publicity for the Trump-Republican cause, the border distraction could hardly be bettered. If the Democrats’ dream of triumph evaporates on Tuesday, the Honduran caravan will be part of the explanation.

If the Democrats’ dream of triumph evaporates on Tuesday, the naked Republican women will be part of the explanation.

#GrabThemByTheBallot features a group of “courageous Vermont women” who have chosen to use “vulnerable artistic expression” to promote women’s rights and sexual expression, according to the campaign’s mission statement."
They don’t look too happy, but then, they’re not wearing clothes and it’s cold inn Vermont.

BREAKING NEWS: Democrat-supporting women strip off for photo shoot called 'Grab Them By The Ballot' in an attempt to persuade people to vote against Republicans. They're hoping the images will encourage people to vote on November 6.

WASHINGTON—Unemployment in September hit the lowest level since the Vietnam War, with little indication it is going to shoot back up in the near term.

The jobless rate fell to 3.7%, the lowest since December 1969, the Labor Department said Friday. Employers added 134,000 jobs to payrolls, a record 96th straight month of gains. Wages rose 2.8% from a year earlier, a solid if still unspectacular rise.

“This is the best job market in a generation or more,” said Andrew Chamberlain, chief economist at recruiting site Glassdoor.

Clinton over regering-Trump: ’Vandaag zeggen we dat het genoeg is’ 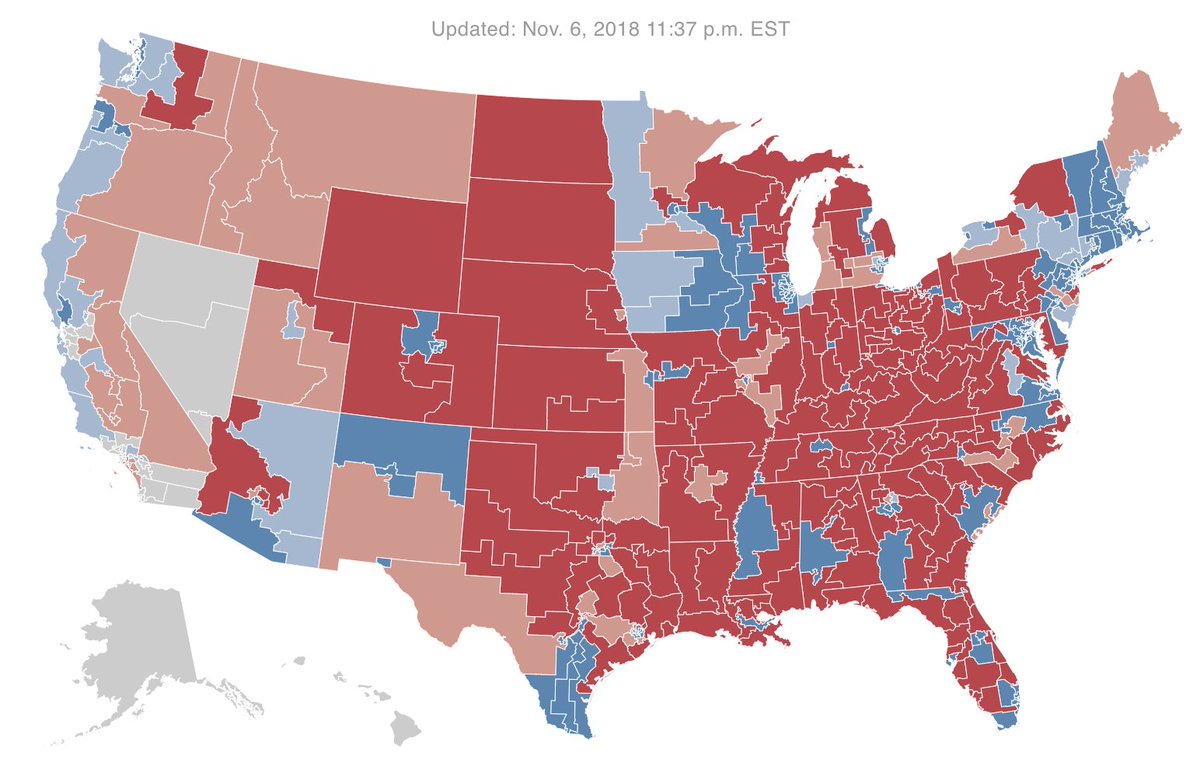 
If the Democrats think they are going to waste Taxpayer Money investigating us at the House level, then we will likewise be forced to consider investigating them for all of the leaks of Classified Information, and much else, at the Senate level. Two can play that game!

"Not one American Flag in site..."Schrijft de Amerikaanse Ami Mek.

Amazing picture of the West Wing of the White House in election night 2018. 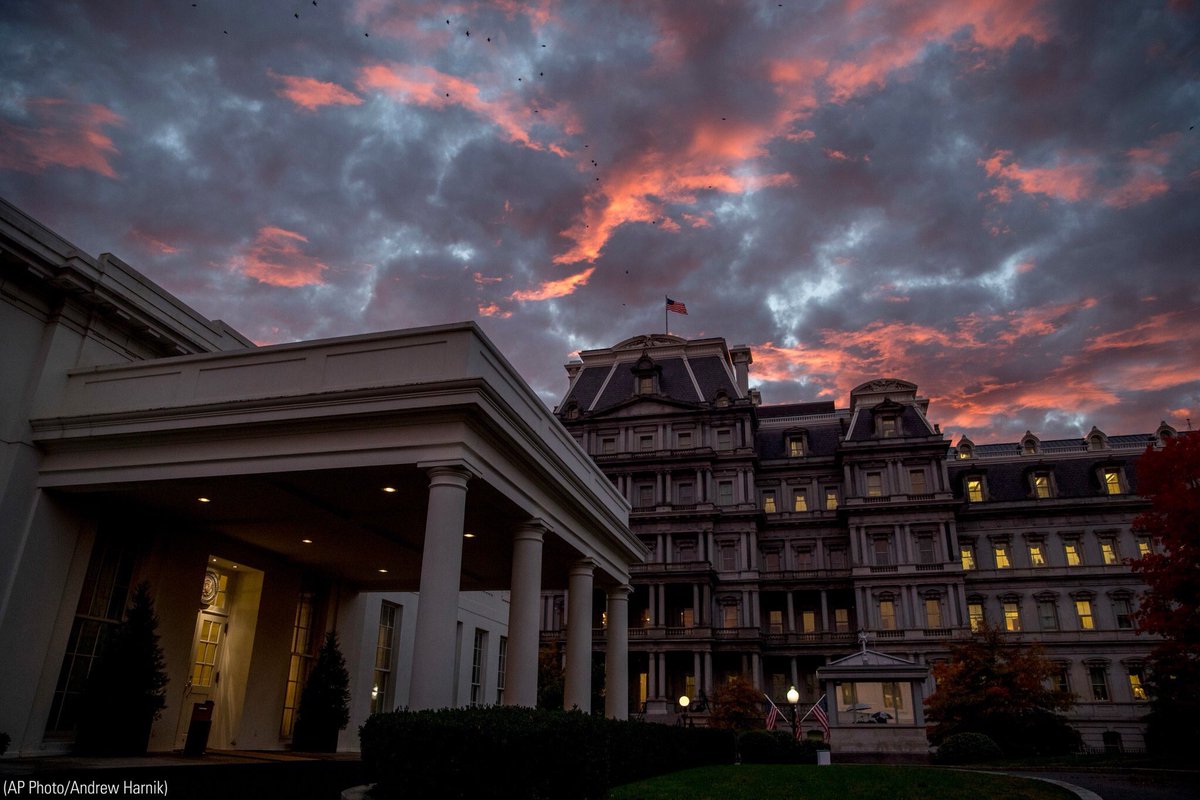 Onderwerpen; verkiezingsfraude, special election?
[EF] Revealed In 45, EO Is The Key - Episode 1715b

Trump≥The Maestro:
SerialBrain2:
Trump and the 2018 midterms: the most impressive moves in modern politics