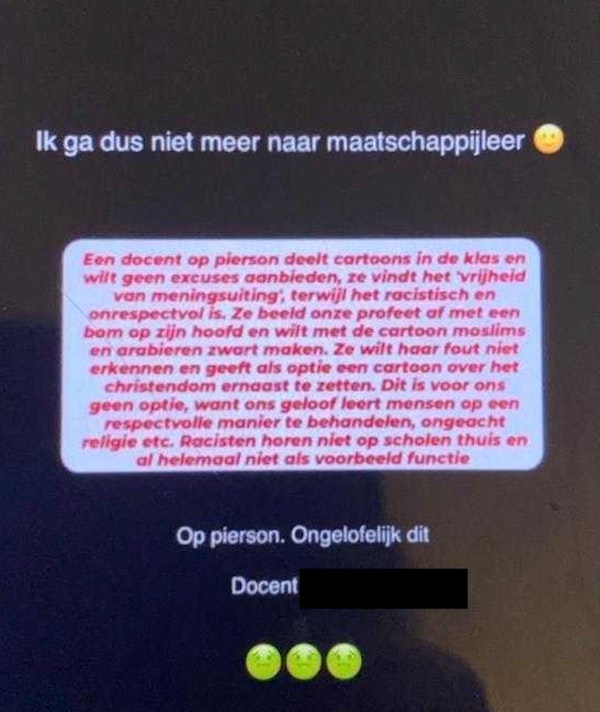 KOTA BHARU, Dec 12 -- Issues on the teachings of "Asmaul Husna Wan Maseri" which is alleged to be deviant from Islam will be referred to the National Fatwa Council for further evaluation and decision, said Deputy Minister in the Prime Minister's Department (Religious Affairs) Ahmad Marzuk Shaary.
According to him, the matter had previously been raised and discussed several times in the Religious Division of the Prime Minister's Department in post-cabinet meetings.
He said initial information found that there were deviations in terms of the beliefs of Ahli Sunnah Wal Jamaah in the teachings of "Asmaul Husna Wan Maseri".
"As we know, each state government has the power to issue a fatwa on a teaching whether it is misguided or not.

So far, the teaching was alleged to have surfaced in Pahang and a fatwa on it has been issued as a deviation from Ahli Sunnah Wal Jamaah.
Apart from that, several states had taken the same action, including the Federal Territories, "he told reporters after the COVID-19 Musaadah Contribution Presentation Ceremony at the Pengkalan Chepa Parliamentary Level here, today.

It is understood that the teachings allegedly founded by Professor Dr Wan Maseri Wan Ahmad had now been declared as heretical and misleading in Terengganu, Negeri Sembilan and several other states.
Ahmad Marzuk said, his ministry wanted to advise the communities, which were not fully aware about any teaching being taught, to be careful.
The individual who was said to be spreading this teaching was also no longer a member of PAS and had been sacked even though she had previously been a candidate in the general election, "he said.
Commenting further, he said so far the Federal Territories Mufti Department and the Akidah (Faith) Division under the Malaysian Islamic Development Department (JAKIM) had been entrusted to obtain more information from the individual concerned.

CAIRO — Paksitani authorities banned Jan. 5 the release of the controversial British film “The Lady of Heaven.” They urged social media platforms to remove the trailer of the film.

The Pakistani ban has raised controversy in Egypt about this film. Similar to the Pakistani reaction, a number of social media activists, Al-Azhar scholars and sheikhs of the Salafist currents called for banning the screening of the film. They urged the issuance of fatwas prohibiting its viewing and sent official demands to the United Kingdom to stop showing it worldwide.

The film sparked controversy due to its portrayal of the character of Fatima al-Zahra, the daughter of the Prophet Muhammad and wife of Ali bin Abi Talib, the fourth and last of the rightly guided caliphs following the death of the prophet.
On Jan. 2, several Egyptian and international newspapers reported that the film features the voice of the Prophet Muhammad as one of the storytellers of the film’s events.

Commenting on one of the news reports criticizing the film, Facebook user Ahmad Allam wrote, “They do not respect our faith or our sanctities, and when we get angry [and defend] our religion and our Messenger, they say we are terrorists.” Omar Hindawi wrote, “This film should be immediately banned,” while Mona Mahmoud wondered about Al-Azhar’s position on “this humiliation?”

Al-Azhar, Sunni Islam's highest religious authority, issued a press statement Dec. 27 through its adviser Mohammed Mehanna, confirming the steadfastness of Al-Azhar's position regarding the prohibition of the embodiment of the Prophet Muhammad, all prophets and the family members of the prophet (wives, daughters and sons). The statement asserted that the release of this film consecrates the continued disrespect by the West and some Shiite extremists for the sanctities and beliefs of others.
Al-Azhar, however, did not announce any measures to try to ban the screening of the film, as demanded by social media activists.

Spoiler! :
Inquiring about the possibilities of banning the film in Egypt or launching any media campaigns to prevent it from showing in Egypt or abroad, Al-Monitor talked to a source in the Al-Azhar Sheikhdom. “Al-Azhar is not an authority that can ban or permit a film,” the source said on condition of anonymity. “It simply expresses the Sharia opinion regarding the prohibition of embodying the prophet and his family members. Al-Azhar leaders are not concerned with efforts to ban the film abroad and has nothing to do with the delay in its release.”

The film, directed by Elli King and written by Sheikh Yasser Al-Habib, was to be released in theaters Dec. 30, before it was postponed until 2021. No new date was scheduled for its release and the reasons for its postponement have not been disclosed. But some newspapers reckoned the delay came in light of the sharp criticism the film generated or because of the coronavirus pandemic.

A source from the Ministry of Culture told Al-Monitor on condition of anonymity that the Authority for Censorship of Artistic Works affiliated with the ministry is the authority competent to ban or allow the screening of a film when its distributors apply for a request for its release in Egypt. The source explained that the authority cannot decide to ban a film before watching it, adding that the opinion of Al-Azhar and religious institutions on the embodiment of the prophet will be taken into account in addition to the opinions of scholars, if the film falsely depicts or distorts established historical facts.

The Authority for Censorship of Artistic Works had banned the screening of “The Passion of the Christ” in 2004, and “Noah” and “The Exodus; Gods and Kings” in 2014, because they portray the characters of the prophets.

Several Egyptian newspapers, notably Soutalomma and Al-Wafd, accused in press reports Dec. 31 the film and its producers of Shiism and bias toward false stories about Zahra’s death. They said that the teaser of the film shows she was subjected to torture and physical assault causing her to have an abortion and to die at the hands of the Rightly Guided Caliphs who preceded Ali, namely Abu Bakr al-Siddiq, Omar bin Al-Khattab and Othman bin Affan.

But renowned film critic and writer of Arab cinema Tarek el-Shinnawy believes banning the film will create unnecessary momentum and buzz that may encourage Egyptians to watch it out of curiosity. “Sooner or later everyone will be able to watch it when it becomes available on the internet. It is better to allow its screening while holding, in tandem, historical and religious discussions to unveil its fallacies if it truly tells a historically questionable story.”

The film’s events take place in two different times separated by nearly 1,400 years. It tells the story of an Iraqi child who lost his parents and was displaced by an armed Islamic State attack. The boy then moves to live with his grandmother, who tells him the story of Zahra, the first victim of terrorism in history from the Shiite perspective. The film then recounts the story of Zahra.

Mohsen Qandil, a professor of Islamic history at Cairo University shares Shinnawi’s opinion. “Any serious discussion about the film would reveal the weakness of the Shiite narrative that contradicts the friendly relationship that Imam Ali had with the Rightly Guided Caliphs who preceded him, even after Zahra’s death. Imam Ali agreed to marry his daughter, Umm Kulthum, to Omar bin Al-Khattab and recommended him [bin Al-Khattab] as his successor.”

He added, “How can bin Khattab be one of Zahra’s killers, while he was on good terms with Imam Ali, her husband, after her death.”

Despite the film being accused of Shiism and promoting false or weak historical narratives, Iranian websites Ijtihad and Al-Alam reported that four Shiite religious authorities — Ayatollah Lotfollah Safi Golpaygan, Ayatollah Makarem Shirazi, Ayatollah Hossein Noori-Hamedani and Ayatollah Jaafar Subhani — labeled as haram any support or promotion for the film. The fatwas banned viewing it since it deepens the disagreement in the Islamic nation between Sunnis and Shiites. The Shiite authorities argued that fanning the flames of the inter-Muslim dispute is in the interest of those they described as the “enemies of Islam.”

Mohamed Abdel Halim, an Egyptian journalist specializing in religious affairs at the London-based news website Daqaeq, told Al-Monitor that showing the film at this time while Lebanon, Syria and Iraq are witnessing divisions between Sunnis and Shiites will exacerbate existing differences.

“In case this film is shown, Al-Azhar will be forced to refute the Shiite historical allegations. Al-Azhar has always tried to ignore these allegations so as not to worsen the division between Sunnis and Shiites,” Abdel Halim said. “This will abort the sheikhdom's attempts for decades to achieve rapprochement and focus on what unites Sunnis and Shiites instead of focusing on points of contention, including the historical allegations about Zahra.”
https://www.al-monitor.com/pulse/origin ... hiite.html
Wie in de Islam zijn hersens gebruikt, zal zijn hoofd moeten missen.
Omhoog