Amb. Nikki Haley, UN Watch Inaugural NY Gala Dinner, Dec. 5, 2019:
"It’s just easier not to rock the boat. When the crowd is all going one way, it’s hard to be the only one going the other direction.

Now we’re seeing an example of this cultural corruption playing out in real time.

Canada has for a long time been balanced and fair-minded towards Israel at the United Nations. It has opposed the pull of the anti-Israel culture.

But Canada is now seeking one of the rotating two-year seats on the Security Council. It faces a vote in the General Assembly.

Two weeks ago, Canada surprised Israel’s friends by voting for a North Korean resolution that challenges the legitimacy of Israel. This is a resolution that Canadian governments for years have voted against.

One observer said Canada is making a "Faustian bargain," trading its integrity for a seat on the Security Council.

I speak from experience when I say the United Nations presents many such opportunities to strike a deal with the devil.

Standing up for our principles, and our allies, is a constant struggle, which is another reason why I am so grateful to UN Watch."

"I am feeling so much better,” Sophie Gregoire Trudeau said in a statement on social media. She said she received the clearance from her doctor and Ottawa Public Health.

Trudeau’s office announced on March 12 that she had tested positive for the coronavirus after she fell ill upon returning from a trip to London.

The prime minister and his family have been in self isolation at home since then. He and their three children didn’t show symptoms.

Mr. Justin Trudeau has been giving daily news conferences outside his residence. He said earlier Saturday that his wife was in in fine form.

Aga Khan's net worth has been estimated to be at $13 billion.[16] Forbes describes the Aga Khan as one of the world's fifteen richest royals. Additionally he is unique among the richest royals as he does not rule over a geographic territory.[17]

Poilievre grills Trudeau as he testifies over WE Charity controversy

'Freedom of expression is not without limits': Canada PM Justin Trudeau over Prophet Muhammad caricatures Canadian Prime Minister Justin Trudeau on Friday defended free speech, but added that it was "not without limits". He was speaking in response to a question about the right to show a caricature of the Prophet Muhammad, reported AFP.

“We will always defend freedom of expression, but freedom of expression is not without limits," he said. “We owe it to ourselves to act with respect for others and to seek not to arbitrarily or unnecessarily injure those with whom we are sharing a society and a planet," Trudeau added. “We do not have the right for example to shout fire in a movie theater crowded with people, there are always limits,” he further said.

Justin Trudeau also said, "In a pluralist, diverse and respectful society like ours, we owe it to ourselves to be aware of the impact of our words, of our actions on others, particularly these communities and populations who still experience a great deal of discrimination."

Spoiler! :
Meanwhile, Trudeau condemned the recent "awful and appalling" terror attacks in France. “It is unjustifiable and Canada wholeheartedly condemns these acts while standing with our French friends who are going through extremely difficult times,” he said.

Justin Trudeau's remarks come on the heels of the recent terror attacks in France, "anti-Islam" comments made by French President Emmanuel Macron and calls for boycotting French brands by the Muslim world.

What is the controversy over Prophet Muhammad's caricatures?
On October 17, a 47-year-old French middle school history teacher Samuel Paty was decapitated in a Paris suburb days after he took a class on freedom of expression in which he showed caricatures of Prophet Muhammad from the satire magazine Charlie Hebdo to his students. These were reportedly the same caricatures which led to the 2015 terror attack on Charlie Hebdo’s headquarters.

After the teacher's murder, Macron said, "(Paty was killed) because he embodied the Republic which comes alive every day in classrooms, the freedom that is conveyed and perpetuated in schools. Samuel Paty was killed because Islamists want our future and because they know that with quiet heroes like him, they will never have it.”

Even before the attack, Macron had defended the magazine, saying that the right to free speech included the "right to blaspheme", and pledged to fight against "Islamic separatism" in France.

Macron's comments did not go down well with the Muslim world, with many nations including Turkey, Pakistan, Kuwait, Jordan etc., calling his statements as the ones “creating further polarisation & marginalisation”.

Besides, two more extremist attacks took place in Paris on Thursday. A knife-wielding attacker Brahim Aouissaoui shouting "Allahu Akbar" reportedly beheaded a woman and killed two other people. According to the officials, Aouissaoui was from Tunisia and had arrived in Europe on board a migrant boat last month. A Quran, two phones and a 12-inch knife were found in Aouissaoui's possession, said chief anti-terrorist prosecutor Jean-Francois Ricard.

In a separate incident on Thursday, the police in France's Montfavet, near the southern city of Avignon, shot dead a man who was threatening passerby with a handgun. Radio station Europe 1 reported that this man, too, was shouting "Allahu Akbar".

Meanwhile, the leaders of the European Union (EU) issued a joint statement condemning "terrorist attacks" in France. "We, European Leaders, are shocked and saddened by the terrorist attacks in France. We condemn in the strongest possible terms these attacks which represent attacks on our shared values," read the statement released on Thursday.

Vowing to continue the "fight against terrorism and violent extremism," the leaders called on their counterparts around the world to "work towards dialogue and understanding among communities and religions rather than division."

(With input from agencies)

Canadian Prime Minister Justin Trudeau said "freedom of expression has limits" after a recent Paris terror attack. His comments come on the heels of a gruesome attack on a school teacher in a Paris suburb. An 18-year-old Chechen refugee confessed to the crime on social media and was later shot by police apparently during a pursuit. The teacher allegedly showed images of the prophet Muhammad from the Charlie Hebdo publication from years ago.
Het morele gelijk ligt bij het volk 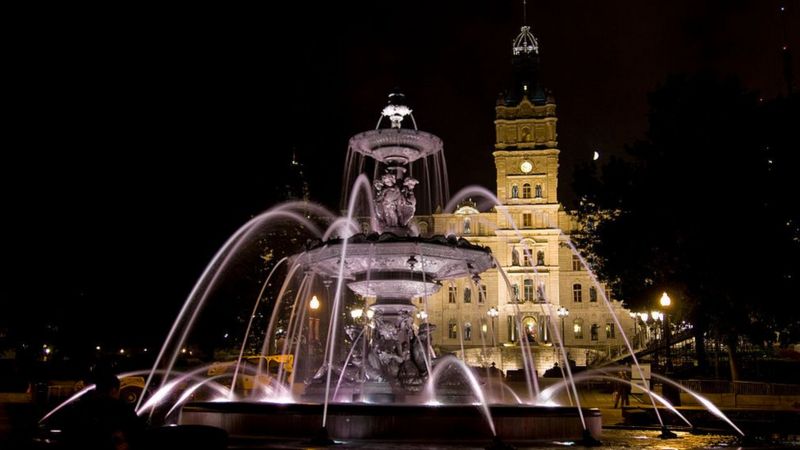 At least two people have been stabbed to death in the Canadian city of Quebec by a man armed with a sword and dressed in medieval clothing, police say.

Police have advised residents to stay inside with doors locked as an investigation is under way.

The attack took place in the historic Old Quebec neighbourhood.

First reports of the incident near Parliament Hill came through shortly before 22:30 local time.

After his arrest near the Espace 400e business park, the man was taken to hospital. The five wounded are also being treated in hospital. 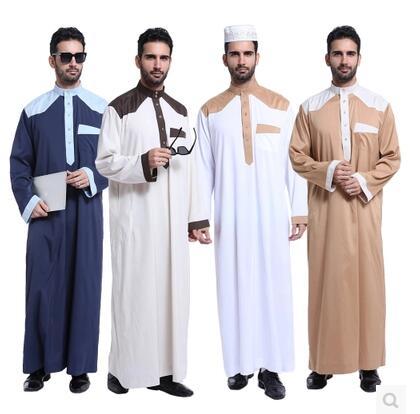 This is only one of many bombshell revelations in The China Files, a 34-page access to information document released by the Trudeau government to Rebel News, seen below.

Documents that normally would have been completely blacked out by government censors were instead greyed out — the documents remain completely readable. Rebel News has chosen to black out a very small portion that would otherwise compromise the safety of an individual.

How we got these secret documents:
In April of 2019, Rebel News first wrote to the government asking for any records corroborating a Russian report that Canada had sent a delegation to China for the 70th anniversary celebrations for the PLA Navy — a propaganda exercise held just months after the kidnapping of the two Michaels. The Trudeau government delayed replying to Rebel News for 19 months, but when they finally did, they not only confirmed their attendance at that macabre event, but listed other exchanges between the PLA and the CAF. Those include training Chinese commanders at the Canadian Forces College in Toronto, as well as other military facilities in Kingston. Chinese military participants included 1- and 2-star generals and an entire contingent who would learn Canadian cold weather military tactics.

The CAF’s decision to cancel the cold weather training panicked Trudeau, who demanded that Canada’s military not cancel any more engagements with the PLA without explicit permission first, and that the news of the cancellation had to be told to the PLA gently, to let them save face.

Other revelations include:
Trudeau's approach to China
The China Files show that Trudeau’s submissive approach to China isn’t just his personal obsession— it’s the official policy of his entire government and it has deeply infected Canada’s civil service, too. Trudeau’s right-hand man, Ian Shugart, was tasked with silencing the CAF’s legitimate concerns about China, and forcing our military to continue acting as if China, not the U.S., was our most important ally.

As a public service, Rebel News is publishing the documents in full in the hopes that other reporters will continue to unlock the truth about how Trudeau is turning Canada away from our democratic allies, and towards the world’s greatest dictatorship.

Ontario Premier Doug Ford has announced the resignation of his finance minister who took a trip to the Caribbean while the province remained under lockdown.

Mr Ford on Thursday said Mr Phillips' departure showed his government "takes seriously our obligation to hold ourselves to a higher standard".

Canada's most populous province has discouraged all non-essential travel amid record-high new case counts.
Mr Phillips, who is a member of the Progressive Conservative Party, had taken a personal trip to St Barts on 13 December and returned on Thursday morning.

Covax works towards the development, purchase and delivery of vaccines to more than 180 countries.

It was launched in April 2020 and is led by the World Health Organization (WHO), together with the Global Vaccine Alliance and the Coalition for Epidemic Preparedness Innovations.

Canada has defended its decision to draw on a supply of coronavirus vaccines from a global inoculation-sharing initiative known as Covax.
Covax pools funds from wealthier countries to help buy vaccines for themselves and low-income nations.
The scheme has announced a plan to deliver more than 330 million vaccine doses in the first half of 2021.
Canada is the only member of the G7 group of rich countries listed as a Covax beneficiary at this stage.
[...]
Development Minister, Karina Gould, was asked why the country decided to access Covax vaccines now.
"Our top priority is to ensure Canadians have access to vaccines," the minister said. "Covax's objective is to provide vaccines for 20% of the populations of all member states, both self-financing and those who will receive donations.
"Canada made the decision, as other countries have, to take on this first allocation, because we recognise how important it is that all Canadians have access to vaccines." 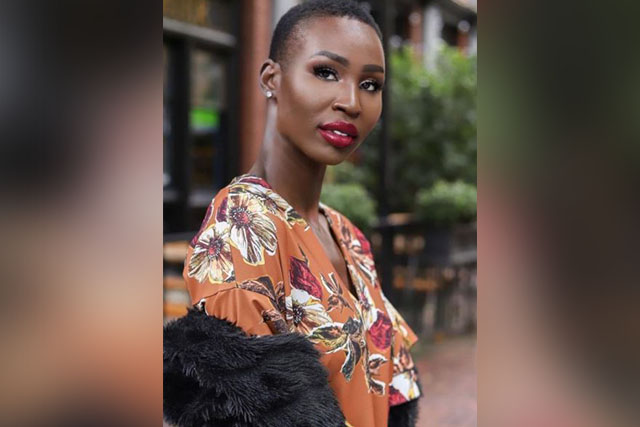