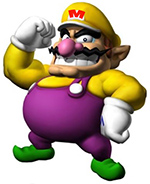 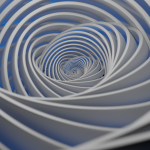 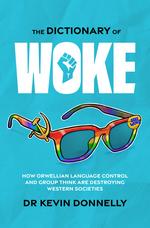 The Problem with the Rings of Power

The Sad Tale of The Rings Of Power


She-Hulk - A Lesson In Terrible Writing

How the HR Monster Destroyed the Workplace: The Woke Mission Creep of Human Resources Departments

Free inquiry gives way to ideology in annals of science

Last month, one of the world’s leading science journals, Nature Human Behaviour, issued a decree stating that scientific research would be suppressed at the journal if it had the potential to harm the public.

The new guidance, titled “Science must respect the dignity and rights of all humans”, was announced on Twitter on August 23 by chief editor Stavroula Kousta, who issued the chilling edict: “Some argue that we should evaluate such research only on the basis of its scientific soundness and merit. I disagree.”

The guidance states: “Although the pursuit of knowledge is a fundamental public good, considerations of harm can occasionally supersede the goal of seeking or sharing new knowledge, and a decision not to undertake or not to publish a project may be warranted.”

It is less than 100 years since the last Index Librorum Prohibitorum (Index of Prohibited Books) was issued by the Catholic Church, the greatest project in censorship the world has known.

For 400 years, the Vatican suppressed knowledge that its cardinals deemed immoral and potentially harmful to the public, including knowledge such as the heliocentric model of the solar system and John Stuart Mill’s Principles of Political Economy.

The church’s index of banned books was so extensive that it encompassed the complete works of classical philosophers such as Plato and Aristotle, the literary treasures of Homer and Virgil, indispensable works of history by Thucydides and Edward Gibbon, and foundational philosophical and scientific texts by Galileo, Copernicus, Kepler, Pascal, Bacon, Voltaire, Diderot, Rousseau, Spinoza, Hobbes, Erasmus, Hume, Milton and Locke. The church finally stopped issuing its index in 1948. And 74 years later, few people could have predicted the project of censoring knowledge would be taken up by scientific journals themselves.

We expect our scientific institutions to implement policies and procedures to minimise possible harms to participants who are directly involved in scientific research. And strict rules exist to protect research participants, and have existed for decades. Oversight of research is conducted by ethics committees that are attached to every university and organisation that produces peer-reviewed research.

Yet this new guidance from Nature takes the approach of harm minimisation to a new frontier – arguing potential harms to the public must be prevented also. And the gatekeepers who will decide which knowledge is harmful to the public are the journal editors themselves.

“People can be harmed indirectly,” the guidance enjoins: “research may inadvertently stigmatise individuals or human groups. It may be discriminatory, racist, sexist, ableist or homophobic.”

Elsewhere in the document, Nature lists the gender identities that must be respected if a research paper wishes to have Nature’s imprimatur, including, but not limited to, “transgender, gender-queer, gender-fluid, non-binary, gender-variant, genderless, agender, nongender, bi-gender, trans man, trans woman, trans masculine, trans feminine and cisgender”.

It will not escape a young scholar reading this decree that they will have to genuflect to unscientific concepts to have a successful career as a research scientist today. Publication in a journal such as Nature opens doors for young scholars, and can put them on the pathway to tenure and job security. In reading this decree, however, a young scientist will realise that if they want a successful career in the profession, they must subordinate their science to ideology.

The historical precedents for such a development should give us pause. While the church tried to stifle the spread of knowledge after the invention of the printing press, the Soviet Union’s censorship of science in the 20th century made the church’s efforts look like child’s play.

Under Joseph Stalin, science was not published if it was considered idealistic or bourgeois, or if it contradicted historical materialism. When the understanding of genetics – based on the principles of natural selection – was determined to be “bourgeois science”, any scientist who refused to renounce genetics was dismissed from their posting and left destitute. It is estimated that more than 3000 biologists were imprisoned during Stalin’s era, and some were sentenced to death for being “enemies of the state”.

But it was not just the scientific profession that suffered from this censorship. False ideas about agriculture promoted by Trofim Lysenko (ideas that could have been corrected by an accurate understanding of genetics) are thought to have played a direct role in famines that killed tens of millions of people in the Soviet Union as well as China. The Great Chinese Famine, which occurred after China adopted Lysenkoist agricultural policy, is estimated to have killed between 15 million and 55 million people. In other words, the suppression of accurate scientific knowledge in the 20th century was responsible for more deaths than the Holocaust.

The relatively recent cultural conventions of liberal democratic societies have allowed for open inquiry and free thought to flourish. But, ever since the Enlightenment, science and reason have come under attack from ideologues of all stripes. Whether those zealots be religious or political, the battle for science and reason never ends. And now the fight must be taken up with the ideologues within scientific institutions themselves.

CNN Staff FREAKED OUT New CEO Is PURGING the WOKE

Rogan, Rowling and Chappelle prove the online mob has no power

Why is anyone still listening to the Wokesters? They’re not a majority — or even close to being one. They have no Army, Navy or Air Force. They don’t even matter in the marketplace. The only power they enjoy is the power the rest of us have chosen to give them.

As the events of the last six months have neatly demonstrated, almost everything that the woke demand can be dismissed with a single word: “No.” To be effective, wokeness requires its targets to fold at the first hurdle. If we refuse to acquiesce, there’s no Plan B.

For years now, non-woke Americans have chosen to cower beneath their desks when presented with an ever-more-absurd set of demands, unaware that we could have lopped off the belligerents’ knees with a single, well-timed demurral. At long last, that seems to be changing.

Take J.K. Rowling, who has been lambasted for claiming that biological women and trans women are not exactly the same. A steadfast holdout against Internet bullies, the author has not merely refused to bow to the loudest voices within transgender movement; she has begun to make hay out of their attempts to cancel her. Rowling’s latest novel, “The Ink Black Heart,” is a murder mystery about an artist who is “persecuted by a mysterious online figure” for being a transphobe (sound familiar?). Upon release, the book went straight to the top of the best-seller list.

Or take comedian Dave Chappelle, who also ruffled feathers with his jokes about transgender people in his Netflix show “The Closer.” At no point since the online mob began its relentless assault against him has he elected to apologize. Instead, he has said, “I don’t give a f–k, because Twitter is not a real place.” Which, of course, is correct.

Online, Chappelle is a bête noire. In the “real place” — i.e., in the real world — Chappelle’s supposedly “controversial” shows have been such a smash hit that Netflix has just picked up four more of them. “If you’d find it hard to support our content breadth,” Netflix wrote in a recent memo to staff, “Netflix may not be the best place for you.”

Another point scored for the real world.

Slowly, but surely, “No” seems to be catching on. Among the other institutions that have recently learned to push back is George Washington University, which told students who called for conservative Supreme Court Justice Clarence Thomas to be fired from his lecturer position that the college supports “the robust exchange of ideas and deliberation” and that “debate is an essential part of our university’s academic and educational mission.”

The Dallas Cowboys flatly refused to back down from a partnership with Black Rifle Coffee Company, which uses gun names in its products. And Spotify successfully resisted a month-long, all-hands on deck attempt to defenestrate its star podcaster, Joe Rogan.

How weak is Big Woke becoming? Consider that Larry David — the least politically correct man in America — has been nominated for one of this year’s Emmys. Earlier this year, David was asked why he hadn’t been canceled yet. “I don’t know,” he replied. “It’s a very good question.”

At this rate, he’ll never find out.

At times, it has been tempting for Americans who have grown exhausted by the woke onslaught to conclude that the best way to fight back against the trend was to produce content that is explicitly anti-woke. That conclusion was wrong. Charles Krauthammer once quipped that Fox News had “discovered a niche market in American broadcasting: half the American people.”

So it is with mass entertainment. Most consumers like choice more than scarcity, prefer quality to political correctness, and dislike being told what they can and can’t enjoy based on nothing more noble than what a handful of self-appointed tastemakers currently happen to be “offended” by. It is no accident that the biggest movie of this year — indeed, of the last few years — “Top Gun: Maverick” is fun, patriotic, and apolitical. That’s the sweet spot at the box office.