Another worldwide brouhaha over an “anti-Muslim hate crime” — and then the subsequent media silence after it is exposed as a fake incident.

CP24 reported Monday that “after investigating an incident where an 11-year-old girl alleged a man cut off her hijab on her way to school last week, police now say the event does not appear to have happened.”

The non-event, which made international news, supposedly took place last Friday, when “the girl told police that she was on her way to Pauline Johnson Public School in Scarborough when a man dressed in black came up behind her. She said the man pulled off the hood to her jacket and cut off her hijab with a pair of scissors before fleeing the area.”

The Guardian carried the girl’s lies without the slightest critical comment. It “reported” that “an assailant, in two attempts within 10 minutes, cut the girl’s hijab using scissors while she was walking to school with her brother on Friday, a Toronto police spokeswoman said. ‘I felt confused, scared, terrified,’ Khawlah Noman, who is in Grade 6, told reporters at her school on Friday. ‘I screamed. The man just ran away. We followed this crowd of people to be safe. He came again. He continued cutting my hijab again.’”

Not just one random scissor attack, but two, she says! Right next to a crowd of witnesses!

Yet, not surprisingly, in today’s politically correct climate, the Canadian authorities immediately swung into action: “Toronto police responded and said they were investigating the alleged incident as a hate crime.”

But now it has come out that this was yet another fake “anti-Muslim hate crime”:

However police said Monday morning that after a thorough investigation, they don’t believe the incident happened. “After a detailed investigation, police have determined that the events described in the original news release did not happen,” police said in a statement. Police spokesman Mark Pugash declined to call the incident a hoax, but said police now consider the investigation closed. “We are very thankful that this assault did not in fact happen. We won’t be commenting further,” the Toronto District School Board said in a short statement.

Upon first hearing this story, many people suspected it was a hoax. So many “hate crimes” against Muslims are committed or faked by Muslims, seemingly to provide anecdotal evidence for the charge of “Islamophobia” all across western society. There are so very many of these instances, it’s astonishing. Last August, also in Canada, a Muslim claimed he was verbally abused and punched in a restroom; police found he had “exaggerated the interaction.” In London in July, a Muslima falsely claimed that her hijab was pulled off in what she called a racist attack. In March, the General Teaching Council for Scotland accused a Muslim teacher of forging a letter from a colleague saying: “Don’t trust Muslim teachers.”

That same month, posters calling for the internment of Muslims at the University of California-San Diego were found to have been put up not by “Islamophobes,” but by leftist students trying to smear opposition to jihad terror. And in Montreal, a Muslim was charged with a terror hoax for allegedly making a bomb threat targeting Muslim university students. Last February, an Ohio Muslim was charged with painting anti-Arab graffiti on the garage door of a Muslim family. And in a notorious incident last December, a Muslim teen claimed her hijab was ripped off and she was verbally abused in a crowded New York City car by two Trump supporters; after the story garnered international headlines, several reports said that she had made up the whole thing — apparently to avoid punishment from her parents for missing her curfew and dating a Christian.

Before this latest “hate crime” was even vetted or investigated to the slightest degree, the increasingly unfit Prime Minister Justin Trudeau exploited it to further the imposition of sharia in Canada. But now that it has been unmasked as yet another hoax, he has yet to make a comment. Yet how many people were harassed and interrogated by the police as a result of this hate crime?

Attacks on Jews are double the attacks on Muslims in Canada, and Trudeau has never said a word about anti-Semitism.

These lies and smears against non-Muslims are encouraged by a media and political elite that richly rewards such claims. Splashed across the front pages of elite newspapers, the bogus propaganda of Islamophobia is promoted, once again, to an unsuspecting public. The fact that these incidents are exposed as hoaxes rarely makes the news, and never with the worldwide saturation coverage that the initial “hate crime” claim received. In the UK, Muslim migrants are even rewarded with immunity from deportation if they report a hate crime. That’s a helluva incentive.

It’s a cottage industry. What is the downside for falsifying hate crimes? There isn’t any. The “victims” are lauded and heralded by the world as poor grief-stricken martyrs. They raise hundreds of thousands of dollars in fraudulent Kickstarter campaigns. They smear good and decent infidels, and when the jig is up, they say, “never mind.”

And lately, the faked hate scam has been taken on a horrible new twist. There have been incidents where Muslims attack and harass non-Muslims and then cry “Islamophobia.”

Reporting a hate crime that is faked should be a criminal offense. If hate crimes are so egregious, the penalty should be double for these vicious supremacists.

Re: Geller: Another Hate Crime Hoax

Juni 2017 Ohio lsar sour helped raise over $111k for Somali woman she said was beaten by a racist white man. CAIR said it was a hate crime. Police reveal that woman got in fight with a Latina who’s boyfriend intervened. No charges filed. 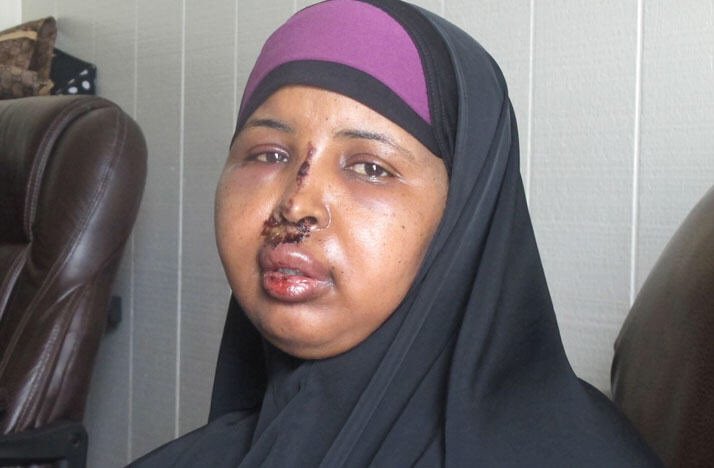 A Muslim group is asking police to investigate the beating of a Somali woman during a brawl last weekend as a hate crime, but investigators say there is no evidence to support the claim, reports say.

Re: Geller: Another Hate Crime Hoax