A group of 1,000 Israeli students sent a letter to Ben & Jerry’s accusing it of “illegally” occupying lands in Vermont belonging to native American tribes, and charged the ice cream giant with hypocrisy in singling out Israel for its “alleged occupation” of Palestinian territory.

“We have concluded that your company’s occupation of the Abenaki lands is illegal and we believe it is wholly inconsistent with the stated values that Ben & Jerry’s purports to maintain,” the letter to Ben & Jerry’s chairperson, Anuradha Mittal, said.

“Ironically, in July of the last year you announced that you would discontinue the sale of your products in Israel because you object to the Jewish State allegedly occupying Palestinian territories,” the letter, which was backed by the Shurat HaDin legal center for human rights, said.

The students called on the ice cream company to immediately evacuate the properties “it occupies” in South Burlington, Waterbury and Saint Albans and “return them to the Abenaki people.”

“Your company has no right to these stolen territories,” the students and academics wrote.
Justice and morality must begin at home,” they wrote. “Justice, morality and boycotts are not just slogans and antisemitic weapons for your food company to point at the Jewish community in Israel.”
The Post cited Shurat HaDin president Nitsana Darshan Leitner as accusing Ben & Jerry’s of speaking “with a forked tongue.”

Ice cream company Ben & Jerry’s, which regularly uses its social media platforms to promote far-left agendas and ideologies, was mocked by a British NGO after it targeted the UK’s new Home Secretary with instructions on how to do her job. 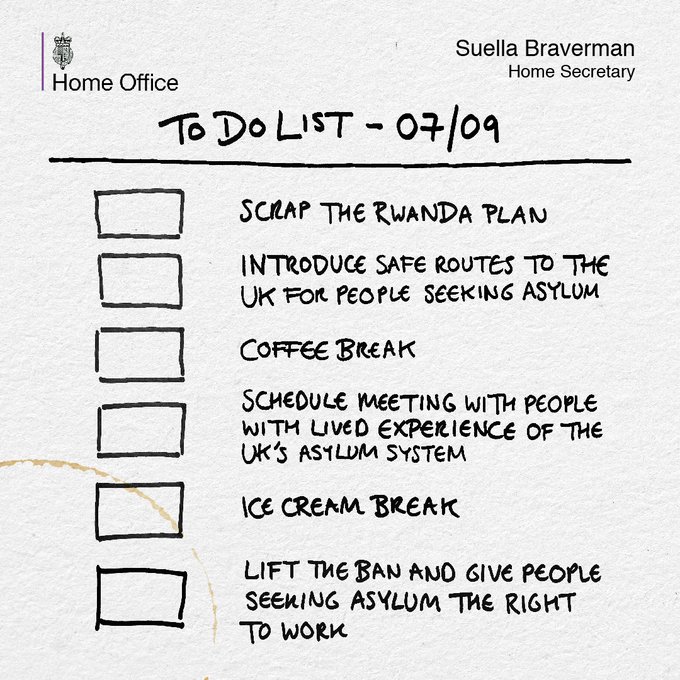 The Campaign for Common Sense, a nonpartisan group seeking to restore civility and decency in discussions about controversial topics, wrote its own to-do list for Ben & Jerry’s, though it was significantly shorter than the one targeting Braverman. 
Ben & Jerry’s board denounces ice cream sold under Ben & Jerry’s name in ‘occupied territories’
“Ben & Jerry’s position is clear: the sale of products bearing any Ben & Jerry’s insignia in the Occupied Palestinian Territory is against our values.”

In 2021, Ben & Jerry’s announced its intention to halt sales in the West Bank (Judea and Samaria) because they claimed such sales were inconsistent with the company’s values. As a result of that decision, Ben & Jerry’s parent company, Unilever, sold its business interests in Ben & Jerry’s in Israel to Blue & White in June 2022, prompting an unusual court battle in which Ben & Jerry’s sued its parent company to halt the deal.

A federal court rejected that bid in August, but Ben & Jerry’s in September said that they intend to pursue an amended suit.

Despite the Ben & Jerry’s board’s claim that their product in Israel was now “uniquely” the responsibility of Blue & White, Unilever on Tuesday assured ice cream eaters in Israel and the West Bank that they need not fear any change in quality. “The ownership of the brand is different, but the Ben & Jerry’s product is no different to what’s been enjoyed in Israel for many years,” the company said in a statement.