A Diesel Shortage Is Spreading Across The U.S.

A shortage of diesel fuel is spreading across the United States, with one company launching an emergency delivery protocol, requesting a 72-hour advance notice from clients to be able to make the delivery.
[...]
Earlier this week, Goldman Sachs warned that the diesel shortage, which is not confined to the U.S. only but is spreading in Europe as well, will cause higher fuel prices this winter.
[...]
Meanwhile, the scarcity of diesel has prompted traders to start diverting cargoes with the fuel that were originally bound for Europe, Reuters reported earlier this month.

Tanker tracking data showed that at least two tankers with some 90,000 tons of diesel and jet fuel that were initially bound for Europe were diverted toward the U.S. East Coast.

Although heatwaves get more press, cold temperatures are usually deadlier than hot ones. Between December and February, 21% more Europeans die per week than from June to August.

In the past, changes in energy prices have had a small effect on deaths. But this year’s cost increases are remarkably large. We built a statistical model to assess the effect this price shock might have.

The relationship between energy prices and winter deaths could change this year. But if past patterns persist, current electricity prices would drive deaths above the historical average even in the mildest winter.

Exact mortality totals still depend on other factors, particularly temperature. In a mild winter, the increase in deaths might be limited to 32,000 above the historical average (accounting for changes in population). A harsh winter could cost a total of 335,000 extra lives.

Four main factors affect how many people will die in Europe (outside Ukraine) this winter. The two most straightforward ones are the severity of the flu season and temperatures. Cold helps viruses. It inhibits immune systems, lets pathogens survive longer when airborne and leads people to congregate indoors. In addition, as the body’s temperature falls, blood thickens and its pressure rises, raising the risk of heart attacks and strokes. Irritated airways can also obstruct breathing. In Britain weekly death rates from cardiovascular causes are 26% higher in winter than summer. Those from respiratory diseases are 76% higher. These deaths are concentrated among the old. Across Europe, 28% more people aged at least 80—who account for 49% of total mortality—die in the coldest months than in the warmest ones.

Surprisingly, the gap in seasonal death rates is greater in warm countries than in cold ones. In Portugal 36% more people die per week in winter than in summer, whereas in Finland just 13% more do. Cooler countries have better heating and insulation. They also tend to be unusually rich and have relatively young populations. However, when you compare temperatures within countries rather than between them, the data confirm that cold kills. On average, in a winter 1°C colder than normal for a given country, 1.2% more people die.

Temperatures in the winter of 2022-23 are likely to land between the highs and lows of recent decades. Now that most restrictions on movement related to covid-19 have been relaxed, the effects of flu will probably fall within the range seen in 2000-19 as well. Energy prices, the third main factor affecting winter deaths, are also relatively constrained. Although wholesale fuel costs fluctuate, many governments have imposed energy-price ceilings for households. Most of these caps are well above last year’s costs, but they will shield consumers from further rises in market prices.

The final element, however, is much less certain: the relationship between energy costs and deaths. We estimate this using our statistical model, which predicts how many people die in each winter week in each of 226 European regions. The model applies to the EU-27 countries, except Malta, plus Britain, Norway and Switzerland. It forecasts deaths based on weather, demography, influenza, energy efficiency, incomes, government spending and electricity costs, which are closely correlated to prices for a wide variety of heating fuels. Using data from 2000-19—we excluded 2020 and 2021 because of covid-19—the model was highly accurate, accounting for 90% of variation in death rates. When we tested its predictions on years not used to train it, it did nearly as well.

High fuel prices can exacerbate the effect of low temperatures on deaths, by deterring people from using heat and raising their exposure to cold. Given average weather, the model finds that a 10% rise in electricity prices is associated with a 0.6% increase in deaths, though this number is greater in cold weeks and smaller in mild ones. An academic study of American data in 2019 produced a similar estimate.

In recent decades consumer energy prices have had only a modest impact on winter mortality, because they have oscillated within a fairly narrow band. In a typical European country, holding other factors constant, increasing the electricity price from its lowest level in 2000-19 to its highest raises the model’s estimate of weekly death rates by just 3%. In contrast, reducing the temperature from the highest level in that period to the lowest increases them by 12%.

Now, however, prices have broken out of their prior range. The rise in inflation-adjusted electricity costs since 2020 is 60% greater than the gap between the highest and lowest prices in 2000-19. As a result, the relationship between energy costs and deaths could behave differently this year than it has in the past. In cases like Italy’s, where electricity costs are up nearly 200% since 2020, extrapolating a linear relationship yields extremely high death estimates.

Two other variables absent from long-run data could also affect death rates this year. Many countries have introduced or expanded cash-transfer schemes to help people pay energy bills, which should reduce deaths below the model’s expectations to some degree. And covid-19 could either raise mortality—by making it even more perilous to shiver through cold weather—or lower it, because the virus has already killed many of the old, frail people who are most vulnerable to the cold.

Such uncertainty makes it hard to predict mortality in Europe this winter with confidence. The only firm conclusion our model provides is that if the patterns from 2000-19 do continue to apply in 2022-23, Russia’s energy weapon will prove highly potent. With electricity prices near their current levels, around 147,000 more people (4.8% more than average) would die in a typical winter than if those costs returned to the average from 2015-19. Given mild temperatures—using the warmest winter during the past 20 years for each country—this figure would fall to 79,000, a 2.7% increase. And with frigid ones, using each country’s coldest winter since 2000, it would climb to 185,000, a rise of 6.0%.

The size of this effect varies by country. Italy has the most predicted deaths, owing to its soaring electricity costs and big, ageing population. The model does not account for Italy’s generous new subsidies for households, which focus on poorer users. These transfers would need to be very effective to offset such high prices. Estonia and Finland also do poorly on a per-person basis. At the opposite extreme, France and Britain, which have imposed price ceilings, fare reasonably well, and predicted mortality in Spain is nearly flat. In Austria, which will cap electricity prices up to a modest usage limit at a bargain €0.10 per kilowatt-hour, deaths are expected to fall.

For Europe as a whole, the model’s estimate of deaths caused by energy-price increases surpasses the number of soldiers thought to have died in Ukraine, at 25,000-30,000 for each side. A comparison using years of life lost would yield a different result, since shells and bullets mostly kill the young whereas cold preys on the old. In addition, at least 6,500 civilians have died in the war. Given Russia’s attacks on Ukrainian infrastructure, the European country in which the cold will claim the most lives this winter will surely be Ukraine.

The damage Mr Putin is inflicting on Ukraine is immense. The cost for its allies is less visible. And yet, as winter sets in, their commitment will be measured not only in aid and arms, but also in lives 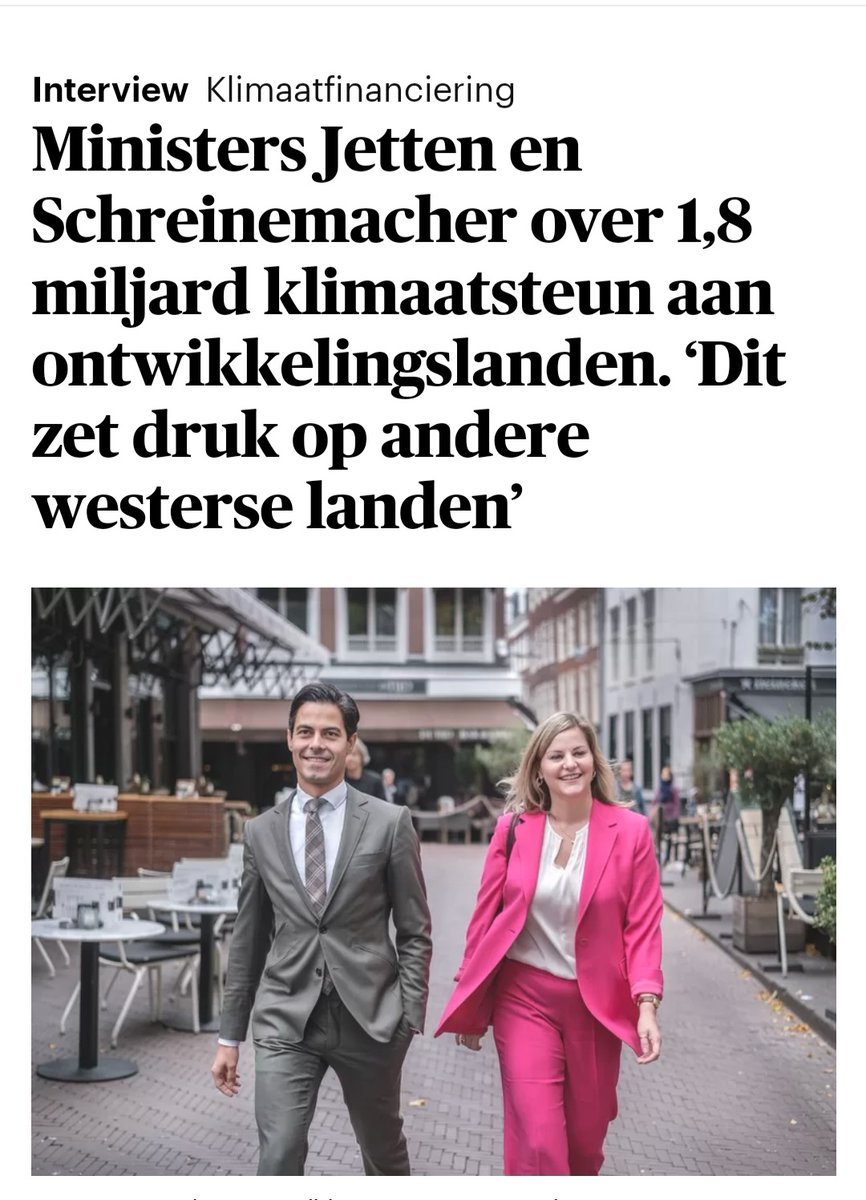 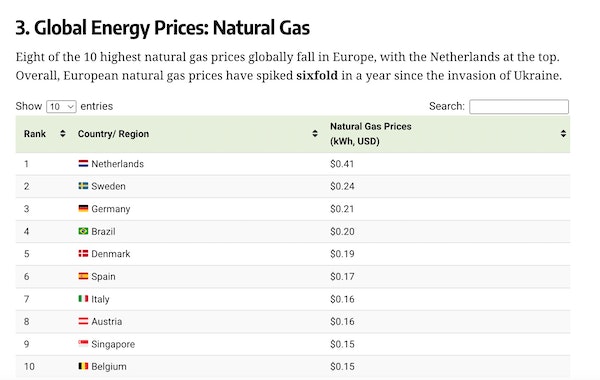 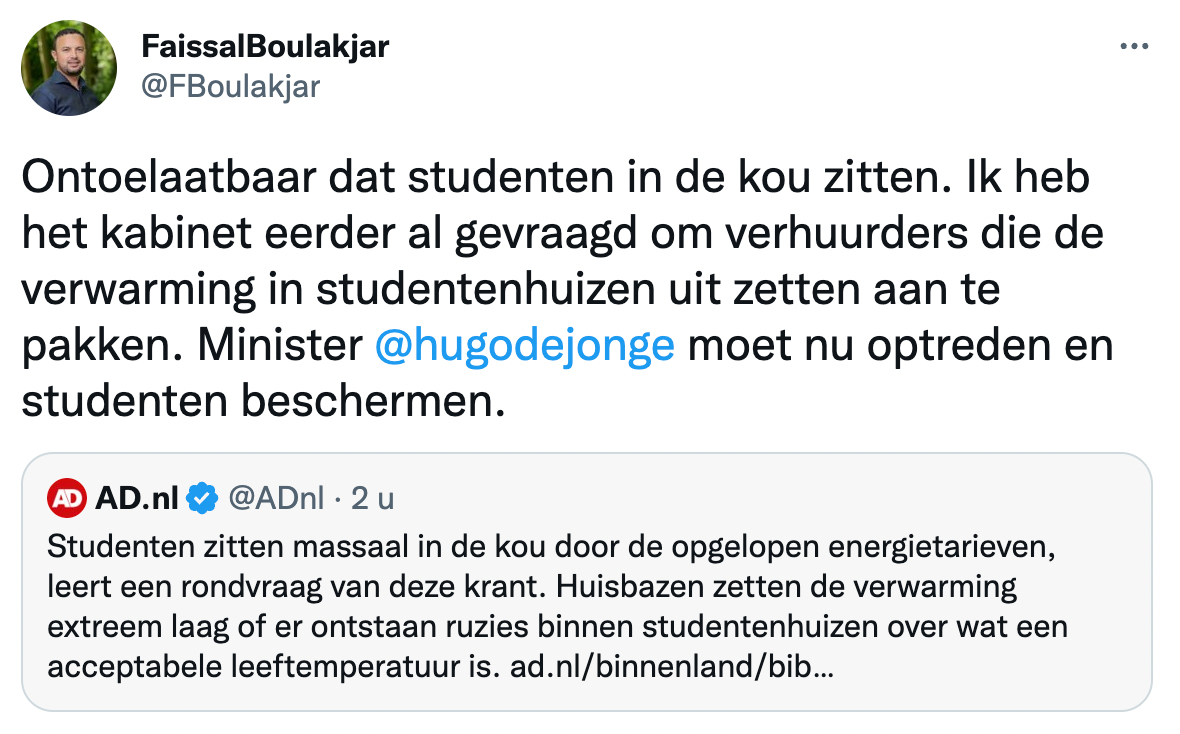 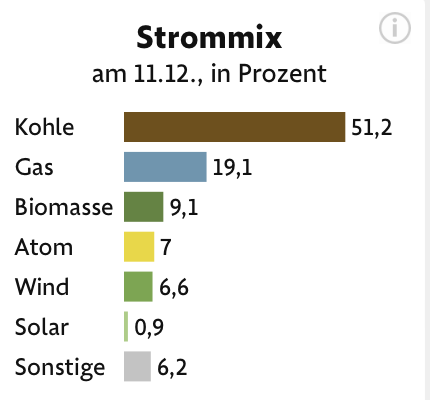 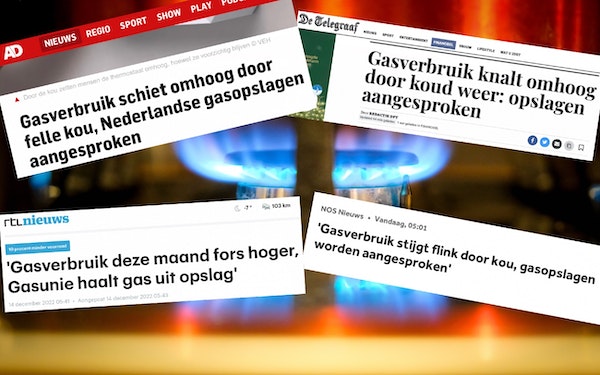 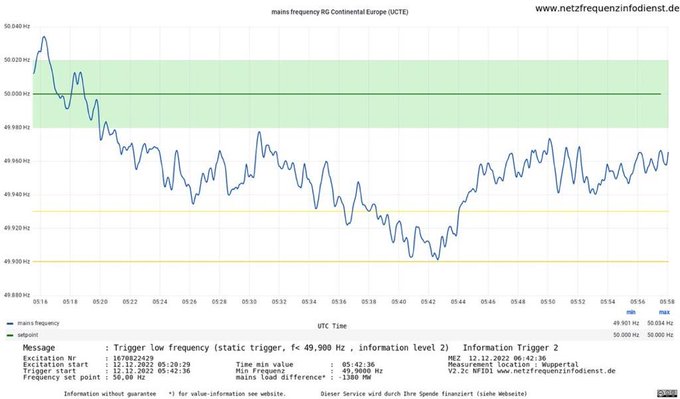 Natural gas prices in Austria surged by 119% in October compared to last year and rose by another 5.6% from September, according to a report distributed on Friday by the Austrian Energy Agency (AEA).

The energy price index (EPI) calculated by the agency showed that year-on-year household energy prices jumped by 50.2% in October.

The AEA also said that energy prices remained at a record level in October and were the main drivers of inflation, as fuel oil jumped by 94.5%, diesel rose by 48.6%, district heating surged by 61.5% and electricity prices increased by 24.8%.

As many households in Austria are seeking alternative sources of heating amid the energy crisis, wood pellets saw a stark price hike of 163% in October compared to last year. Firewood was up by 81.7%.

The agency pointed out that diesel is now more expensive than premium petrol. To fill a typical 50-liter tank with premium petrol cost €‎85 (nearly $90) in October, €‎20 higher than in the same month last year, according to the AEA calculations. Meanwhile, the price for the same amount of diesel averaged €‎100 in October, the report said.

Germany is set to receive its first floating gas terminal, officials said Friday, as the country looks to replace Russian supplies it previously received via pipeline.

The "Hoegh Esperanza" will dock at the northern port of Wilhelmshaven in the coming days, loaded with an initial shipment of liquefied natural gas (LNG), a government spokeswoman said Friday.
The ship -- a so-called floating storage and regasification unit (FSRU) -- is carrying enough LNG from Nigeria to supply "50,000 households for a year", she said.
The vessel, currently off the coast of Brittany, France, according to the website Marine Traffic, will stay docked at Wilhelmshaven on Germany's North Sea coast for several years.

The platform that will connect the unit to the onshore gas network was built at breakneck speed in a matter of months and will be inaugurated by Chancellor Olaf Scholz on December 17.

The Wilhelmshaven terminal, which will start pumping gas from December 22, according to the operator Uniper, will allow for the import of gas equivalent to 20 percent of the previous supplies from Russia.

Unlike other European countries, Germany did not already have any terminals for the import of LNG, instead getting the majority of its gas from Russia via undersea and overland pipelines.

Following the Russian invasion of Ukraine, Moscow progressively dwindled gas deliveries to Germany, before cutting them off completely in September.

In order to secure the country's energy supply, officials in Berlin have poured billions of euros into the development of sea terminals for the import of LNG.
In total, the government has announced plans for five such installations.

Two private projects are also in the works, including a terminal in northeastern Lubmin which should open in the coming weeks.

But the country has yet to seal a major contract for supply of the replacement fuel. A recent deal with the Qatari state energy company will only come into effect in 2026.
As such, Germany remains exposed to volatile market prices for LNG with a knock-on effect for consumers. 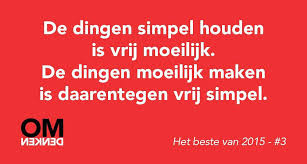 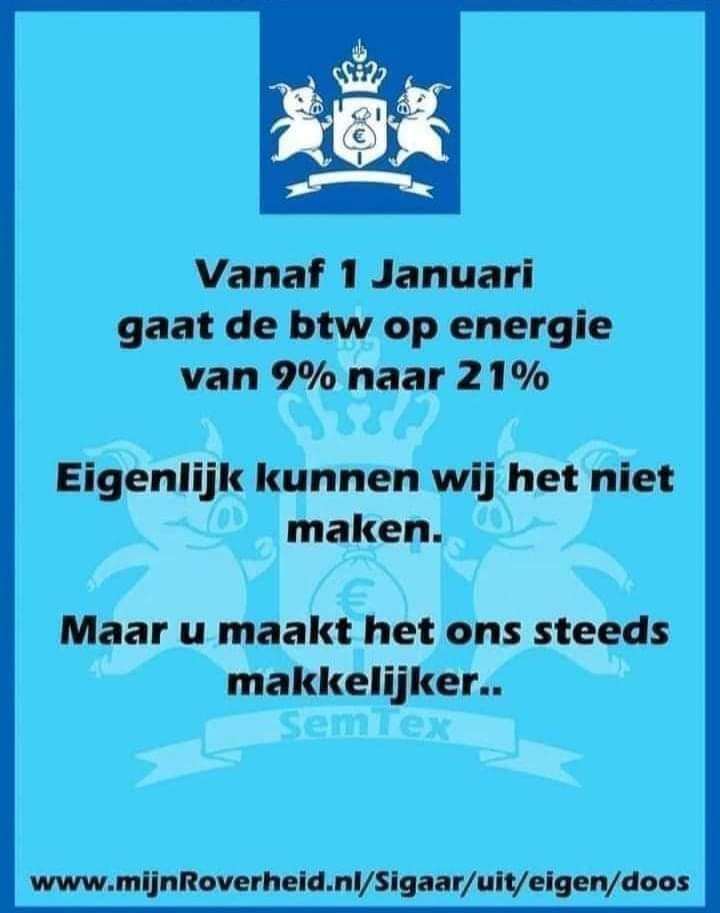