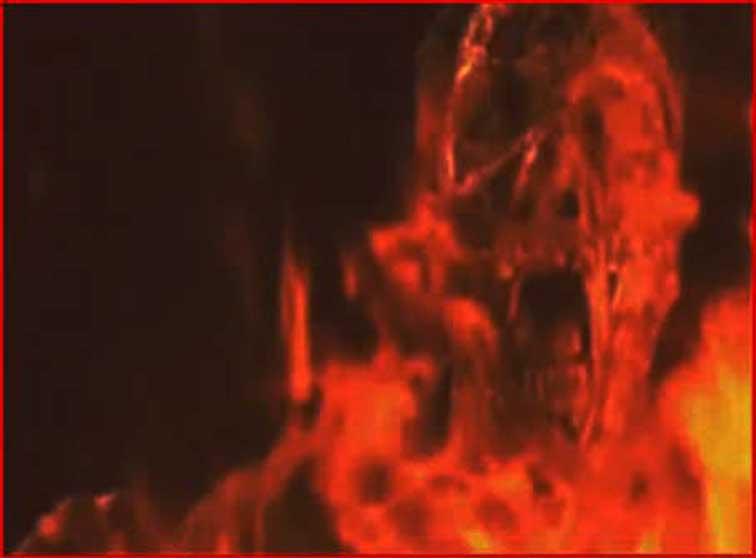 In Iran, young girls are forced to marry prison guards. Then executed the next day.

Protests began in Iran on September 16, prompted by the death of a 22-year-old woman who was dragged away and allegedly beaten by the morality police for wearing her hijab improperly.

Now, a new horror is being forced on the protesters of Iran who've spent weeks continuing their fight amidst brutal oppression by Islamic forces.

More than 14,000 Iranians have been arrested in connection with the demonstrations being held around the country, with the country's parliament voting overwhelmingly last week in favour of the death penalty.

Lawmakers think it'll teach those arrested a "good lesson" and deter others from joining. The protests have included women ditching their mandated headscarves and publicly burning them, cutting their hair, and holding signs demanding their human rights.

Among those arrested are hundreds of children - young girls fighting for their futures. Iran is one of the world's last countries to execute "juvenile offenders," with nine the age of criminal responsibility for girls, compared to 15 for boys.

But under Iranian law, you can't execute a minor if they're a virgin.

That roadblock has been solved in the past by marrying the girls off to prison guards to be raped the night before their murders - a practice that's been documented over the decades by journalists, families, activists and even a former leader.

In 2014 Justice For Iran published a report on the organised rape of virgin girls awaiting execution in the country's prisons, specifically focusing on the 1980s. It detailed that the practice was systemic, and likely approved of by higher officials within the government.

Islamic Republic leader, Hussein-Ali Montazeri, tried to speak out against the executions, conversations he detailed in his 2000 memoir.

"I told judges not to write death sentences for girls. This is what I said. But they perverted my words and quoted me as saying: 'Don’t execute girls. First married them for one night and then execute them,'" he wrote.

In 2009, a serving member of the paramilitary Basiji militia told The Jerusalem Post, he was forced to take part in such rapes.

"At 18, I was given the 'honour' to temporarily marry young girls before they were sentenced to death... I regret that, even though the marriages were legal. I could tell that the girls were more afraid of their wedding night than of the execution that awaited them in the morning," he said.

"By morning the girls would have an empty expression; it seemed like they were ready or wanted to die."

Activists and family members are reporting that it's happening now, in 2022, alongside torture, beatings and horrific sexual abuse.

Daily Dot also reports imprisoned women are asking their lawyers for access to abortion and morning-after pills as they are being subjected to repeated rapes.

Scores of protesters have already died, with the Iran Human Rights NGO (IHRNGO) group claiming at least 326 people have been killed, including 43 children and 25 women.

16-year-old Asra Panahi was reportedly killed by the Iranian security services after she was beaten in her classroom for refusing to sing a pro-regime song when her school was raided in October.

Executions are already underway, with 22-year-old rapper Saman Yasin one of the more recent to be given the sentence for supporting the protests on social media. But this new government ruling signed by 227 members of Iran's 290-strong parliament, will see routine executions increase exponentially.

Among those facing the potential sentence are students, lawyers, journalists, activists, brothers standing up for their sisters and, devastatingly, children. 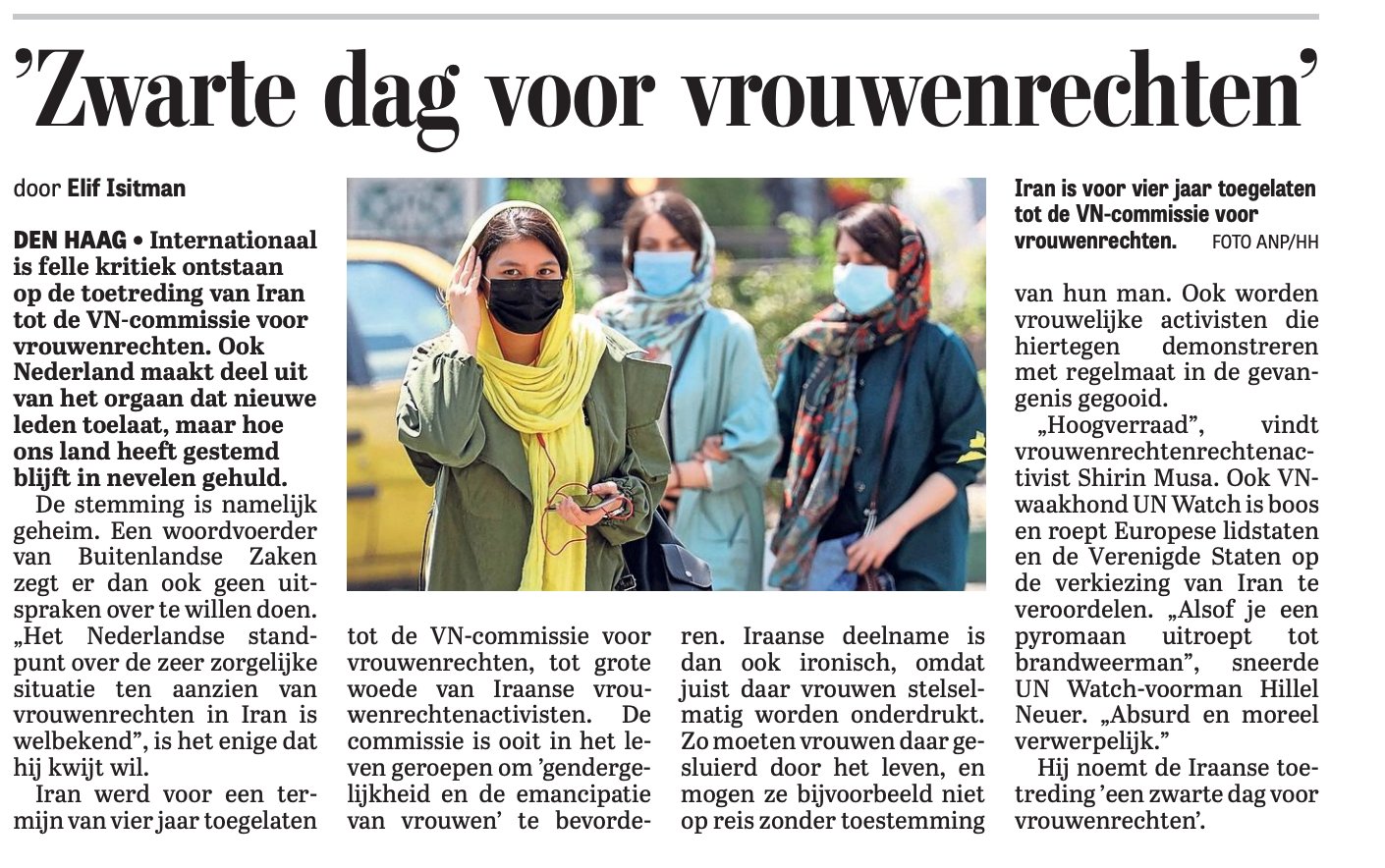 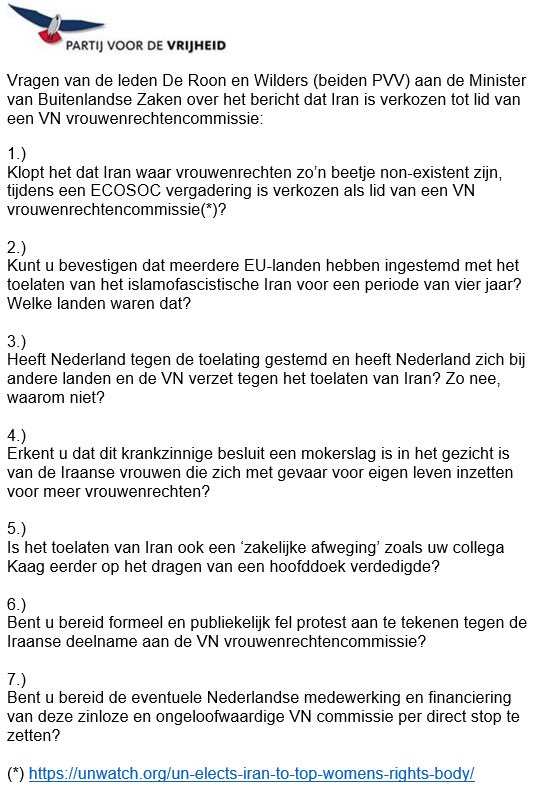 Move is aimed at trying to quiet protests that have taken place across the country, analysts say
Iran’s enforcement of laws around women’s head coverings sparked the nationwide protest movement.

Iran’s attorney general said the country had disbanded its so-called morality police and is considering altering the requirement that women cover their heads in public, a move that analysts said was aimed at peeling away support for antigovernment protests.
Mohammad-Jafar Montazeri outlined the steps Saturday, saying the law requiring veils, known as hijabs, was under review by Iran’s Parliament and judiciary, and that the morality police had been abolished, according to government-run news agencies.

President Ebrahim Raisi echoed his remarks in a televised speech Saturday, saying Iran’s Islamic system was enshrined in its constitution but adding, “There are methods of implementing the constitution that can be flexible.”

It is unclear if such comments reflect a high-level decision by Iran’s rulers to make significant changes in the system of enforcing the hijab law or if they are temporary overtures aimed at helping to suppress the protests, analysts said.
“I think that they are just trying to show that they can be flexible, but what they are not doing is making meaningful compromises,” said Sanam Vakil, deputy director of the Middle East and North Africa Program at Chatham House, a London-based think tank.
Mr. Montazeri said that recommendations for changes in the hijab law would be made later this month. “We are working on the issue of hijab quickly and trying to employ a wise solution,” he said.
He said the disbanding of the morality police, a force established in 2005, had been made by a committee of government officials but provided no other details. He said the country’s Islamic courts would continue to monitor public behavior, according to media accounts of his remarks.

Spoiler! :
The laws around women’s head coverings sparked the nationwide protest movement that began after the death of 22-year-old Mahsa Amini, who died in custody after being arrested by the morality police for improperly wearing her hijab. Her death touched a nerve among many Iranian families whose female members have been targeted by officers tasked with enforcing the country’s strict Islamic codes for clothing and behavior. Among those protesting have been conservative women and men, joining throngs of young secular people who say the enforcement of rules has often been capricious.

Some women have burned their hijabs and shunned wearing them in public since the protests started. Many young protesters say they are seeking not only elimination of the hijab but to bring down Iran’s theocratic government.

The regime appears to be testing if such concessions might peel away broader support for the demonstrations among other Iranians, analysts say.

“They are probably tired and think some small superficial concessions like this will quell the uprising against them,” said Mahsa Alimardani, a senior researcher at London-based Article 19, a human-rights group. “This move certainly won’t stop protesters or appease those chanting for complete regime change.”

The morality police have eased their enforcement of the hijab law and other statutes regulating women’s public dress and behavior since the protests began, Iranians and analysts say. But there has been no official announcement that the police force has been disbanded, other than Mr. Montazeri’s comments.

The widespread support for the protests may force the government to abandon enforcement of the hijab law in most public places other than in government buildings, official events and other high-profile circumstances, analysts said.

Support for the hijab statute remains strong among male conservatives and clerics, complicating any move to eliminate it by Iran’s hard-line leadership. Only weeks before the protests began, Mr. Raisi himself called publicly for stricter enforcement of the law, according to accounts by state-run news agencies.

Aliasghar Anabestani, a conservative member of Parliament, called last week for the denial of government benefits to any women detained for failing to wear a headscarf, according to Iranian media outlets.

Mahmoud Ahmadinejad, the former president, tightened the hijab laws and enforcement during his tenure from 2005 to 2013, creating the modern version of the morality police and empowering them.

Their white vans became a familiar and feared sight throughout the country. In Tehran, the group often conducts checks in crowded areas and outside subway stations and takes women back to the Vozara detention center, a drab two-story building that faces a pine-tree-lined park frequented by local families and tourists.

Women observed not wearing a headscarf, even while riding in a vehicle, could sometimes be summoned for questioning by the morality police, who would text their phones after tracking the car’s license plate.

Yet their presence on the street had been on the decline until Mr. Raisi took office in 2021 and stepped up their aggressiveness at enforcing the dress code, according to Ms. Vakil. For that reason, getting rid of the force might be an option even conservatives could accept.

“It’s probably the lowest-lying fruit and the easiest change the Islamic Republic could make,” she said. “I read this as symbolic and certainly not enough to build back bridges or placate the protesters.”
https://www.wsj.com/articles/iran-aboli ... _permalink
Wie in de Islam zijn hersens gebruikt, zal zijn hoofd moeten missen.
Omhoog

Qassam Fathollahi was shot “four times in front of his house”.

A senior member of Iran’s Islamic Revolutionary Guard Corps (IRGC) was killed in Tehran, state media reported on Wednesday.
Qassam Fathollahi was shot “four times in front of his house” in southern Tehran on Tuesday evening while chasing a robber, according to IRNA news agency.
Police discovered “signs of theft from the apartments around the scene” of the shooting, the report added.

The shooter fled the scene.

Fathollahi was a base commander for the Basij militia, the IRGC’s elite paramilitary unit that has been charged with suppressing the months-long protests sweeping the country. The nationwide protests were triggered by the death of Mahsa Amini, who was arrested by the morality police for not wearing her hijab properly.

Days earlier, state media reported that another member of the Basij was shot dead by “armed criminals.”

According to human rights groups, nearly 500 people have been killed in the protests, including members of the security forces. At least 100 protestors are facing death sentences.