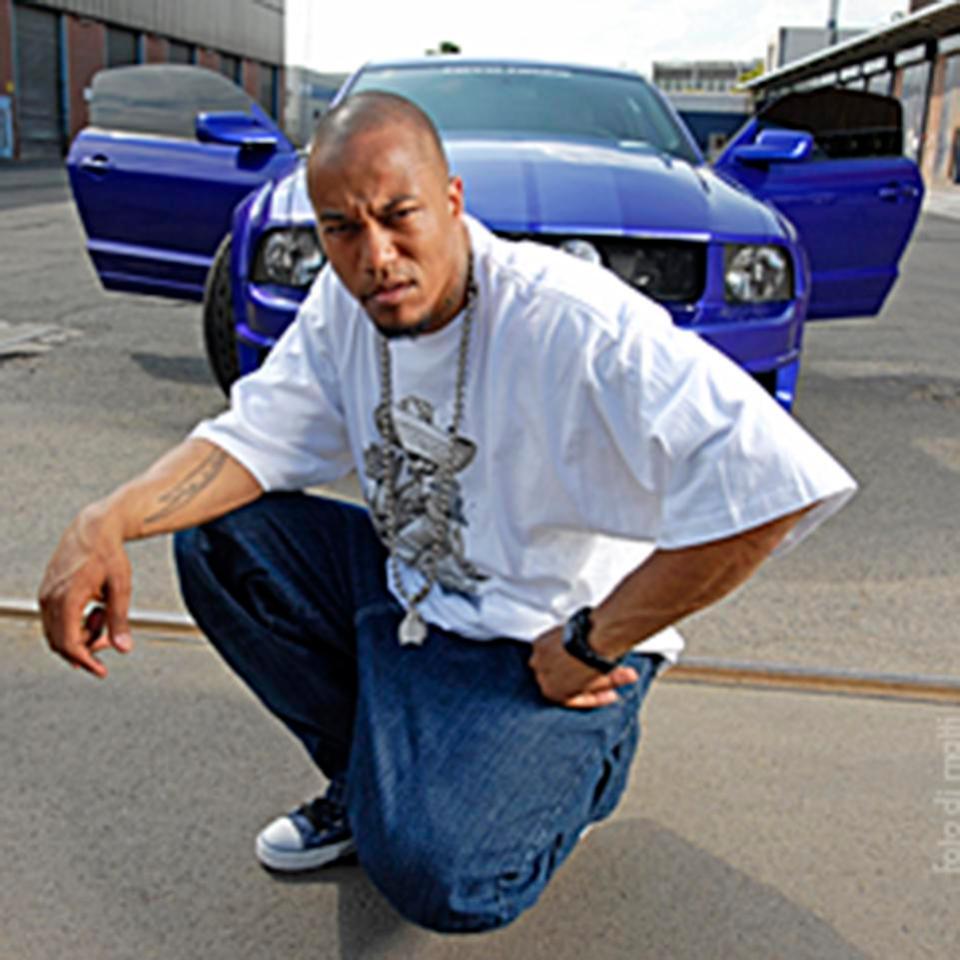 ‘Goebbels of ISIS’ and German ex rapper Denis ‘Deso Dogg’ Cuspert is killed fighting for the dregs of the terror group in Syria
A THUG street rapper who became the producer of vile ISIS execution videos was killed this week in Syria, German intelligence officials say.
The death of Deso Dogg - real name Denis Cuspert - was first reported nearly three years ago by the Pentagon and later dismissed as false.

Now his demise on Wednesday near Deir Ezzor has been confirmed.

Casper joined the jihadists early in 2014, abandoning his home to become a mouthpiece in charge of IS propaganda that caused the German government to declare him a central figure at the "highest management level" of the terror group.
It was he who arranged for the videoing and distribution of the tapes showing the beheading of British innocents David Haines and Alan Henning.

Like Joseph Goebbels - the Nazi propaganda genius who exhorted his countrymen to fight to the death in WW2 - so Dogg had a knack for twisting words and smoothly selling the idea of Holy War to gullible Muslims in his homeland. 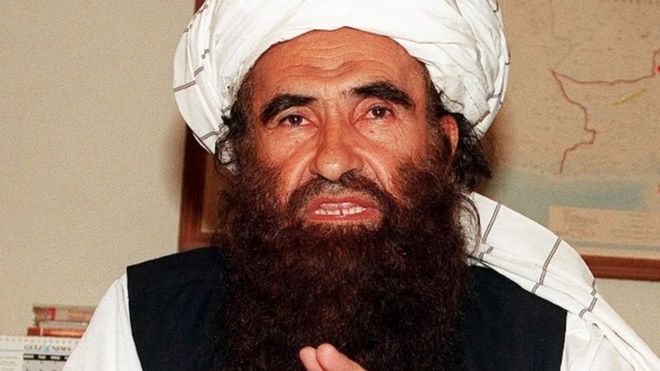 Jalaluddin Haqqani, founder of Afghan militant network, dies
Jalaluddin Haqqani was a significant militant figure in Afghanistan and had close ties to both the Taliban and al-Qaeda.
His son is believed to have taken over control of the group in 2001.
The Haqqani network has been behind many of the co-ordinated attacks on Afghan and Nato forces in recent years.
There were no details in the statement about the date or place of Haqqani's death.
[...]
Jalaluddin Haqqani was an Afghan guerrilla leader who fought Soviet troops when they occupied Afghanistan in the 1980s.
US officials have admitted that at the time he was a prized asset of the Central Intelligence Agency (CIA). It said the blast was caused by “the ignition of explosives during inspection,” in the Passports Building at the Department of Explosives Engineering west of Gaza City and that the ensuing fire was put out by police and civil defense units that arrived on the scene. 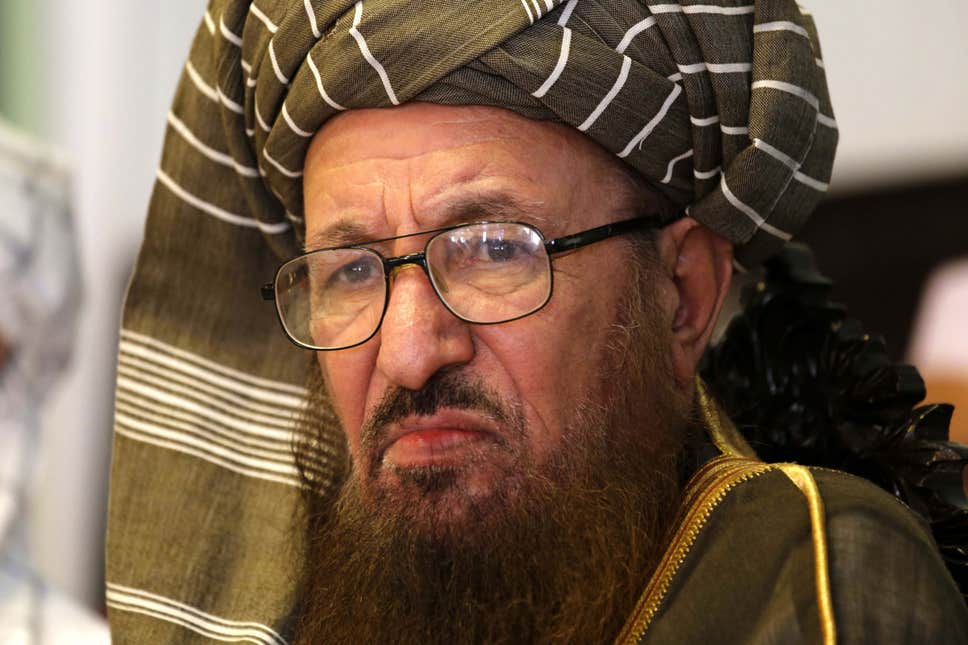 Unknown attackers killed the cleric, who ran an Islamic seminary in northwestern Pakistan and was seen as a possible intermediary in talks between the Afghan government and the Taliban, his deputy Yousaf Shah said.

There were conflicting reports of exactly how he was killed and why his bodyguard and driver were apparently not there to defend him at the time of the attack.

Shah initially said that Haq had been shot dead.

Haq’s nephew Mohammad Bilal told Reuters that his uncle was found with stabbing and gunshot wounds in a house he owns in an upscale area on Islamabad’s outskirts. “When the assailants entered his house ... They first started hitting Mullah Sami ul-Haq with knives and daggers and then shot him dead,” he said. 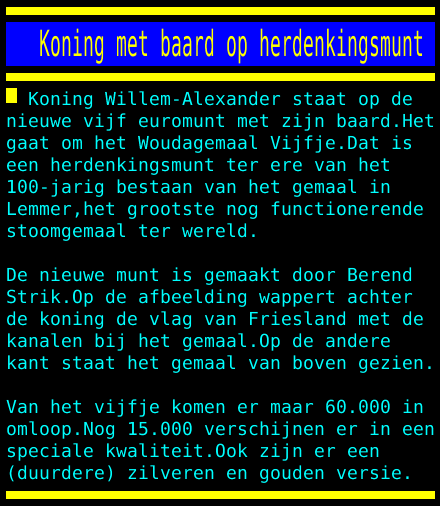 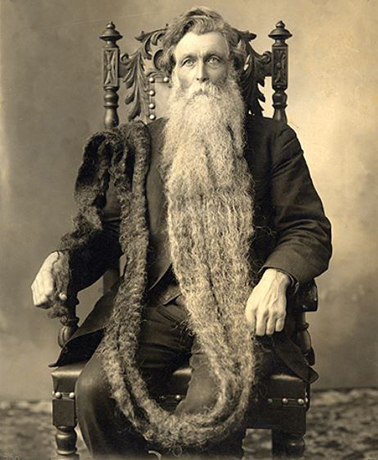 Ali Akbar Mohtashamipour, a Shiite cleric who as Iran’s ambassador to Syria helped found the Lebanese terror group Hezbollah and lost his right hand to a book bombing reportedly carried out by Israel, died Monday of the coronavirus.

He was 74.
Spoiler! :
A close ally of Iran’s late Supreme Leader Ayatollah Ruhollah Khomeini, Mohtashamipour in the 1970s formed alliances with Muslim terror groups across the Mideast. After the Islamic Revolution, he helped found the paramilitary Revolutionary Guard in Iran and as ambassador to Syria brought the force into the region to help form Hezbollah.

“If the whole people become aware, avoid violent measures and continue their civil confrontation with that, they will win,” Mohtashamipour said at the time, though Ahmadinejad ultimately would remain in office. “No power can stand up to people’s will.”
Mohtashamipour died at a hospital in northern Tehran after contracting the virus, the state-run IRNA news agency reported. The cleric, who wore a black turban that identified him in Shiite tradition as someone who claims to be a direct descendant of Islam’s founder Muhammad, had been living in the Shiite holy city of Najaf, Iraq, over the last 10 years after the disputed election in Iran.

“The deceased was one of the holy warriors on the way to the liberation of Jerusalem and one of the pioneers in the fight against the usurping Zionist regime,” Raisi said, according to IRNA.
Spoiler! :
Born in Tehran in 1947, Mohtashamipour met Khomeini as the cleric remained in exile in Najaf after being expelled from Iran by Shah Mohammad Reza Pahlavi. In the 1970s, he crisscrossed the Mideast speaking to militants groups at the time, helping form an alliance between the future Islamic Republic and the Palestinian Liberation Organization as it battled Israel.

Once arrested by Iraq, Mohtashamipour found his way to Khomeini’s residence in exile outside of Paris. They returned triumphant to Iran amid the 1979 Islamic Revolution.

In 1982, Khomeini deployed Mohtashamipour to Syria, then under the rule of dictator Hafez Assad. While ostensibly a diplomat, Mohtashamipour oversaw the millions that poured in to fund the Guard’s operations in the region.

Lebanon, then dominated by Syria, which deployed tens of thousands of troops there, went to war with Israel in 1982 as Israel pursued the PLO in Lebanon. Iranian support flowed into Shiite communities in Lebanon. That helped create a new terror group called Hezbollah, or “the Party of God.”

Hezbollah and Iran have denied being involved.

“The court finds that it is beyond question that Hezbollah and its agents received massive material and technical support from the Iranian government,” wrote U.S. District Judge Royce Lamberth in 2003.

Lamberth’s opinion, quoting a U.S. Navy intelligence official, directly named Mohtashamipour as being told by Tehran to reach out to the nascent Hezbollah to “instigate attacks against the multinational coalition in Lebanon, and ‘to take a spectacular action against the United States Marines.'”
An IRNA obituary of Mohtashamipour only described him as “one of the founders of Hezbollah in Lebanon” and blamed Israel for the bombing that wounded him. It did not discuss the U.S. allegations about his involvement in the suicide bombings targeting Americans.

At the time of the assassination attempt on him, Israel’s Mossad intelligence agency had received approval from then-Prime Minister Yitzhak Shamir to pursue Mohtashamipour, according to “Rise and Kill First,” a book on Israeli assassinations by journalist Ronen Bergman. They chose to send a bomb hidden inside a book described as a “magnificent volume in English about Shiite holy places in Iran and Iraq” on Valentine’s Day in 1984, Bergman wrote.

The bomb exploded when Mohtashamipour opened the book, tearing away his right hand and two fingers on his left hand. But he survived, later becoming Iran’s interior minister and serving as a hard-line lawmaker in parliament. Defense authorities from the United States announced the killing of Maher al-Agal, the Islamic State chief in Syria, in a drone operation in which one of the terrorist leader's aides was also wounded.

According to military sources, Maher al-Agal was killed while riding a motorcycle near Jindayris, Syria.

US President Joseph Biden, who is in the Middle East on an official trip, welcomed the news in a statement, saying a key terrorist had been eliminated, which “significantly weakens ISIS's ability to plan, finance and direct its operations in the region.”

The Syrian Observatory for Human Rights reported that Maher Al Agal was killed Tuesday by a US drone in an area occupied by Turkey in the province of Aleppo, in northern Syria. Al Agal was targeted along with another person, who was also killed on the spot by a missile from a US drone in the village of Galtan, according to the UK-based Observatory which claims to have wide network of collaborators on the ground.

Al Agal moved in 2020 to the Turkish-occupied region lived under another name pretending to be a member of the Jaysh al Sharkiya faction, a group backed by Ankara, according to the Observatory, which also expplained that Al Agal was a prominent IS leader during the organization's control of the city of Al Raqa, which the jihadist group considered the de facto capital in Syria, and which was recaptured by the Democratic Syrian Forces (DSF), an armed alliance led by Kurdish militias and supported by the US, in 2017.

The new killing comes months after another US operation took the life of former IS “caliph” Abu Ibrahim al Hashimi al Qurashi in northwestern Syria, and shortly before Biden began his Middle East tour to Israel, Palestine and Saudi Arabia.

In 2014, Islamic State rose meteorically in Iraq and Syria and conquered several territories. Despite this, it soon saw its self-proclaimed “caliphate” overthrown by successive offensives in these two countries, in 2017 and 2019 respectively. Since then, the organization has been destabilized on several occasions by the death or capture of its leaders in Syria.

The top IS leader, Abu Bakr al-Baghdadi, was killed in 2019 in a raid by U.S. forces, who also eliminated his successor, Abu Ibrahim al-Hashimi al-Qurachi, in February 2022 during an operation in the jihadist-controlled northwest. Last month, US forces also captured senior ISIS leader Hani Ahmed Al-Kurdi.

Defeated militarily in its former strongholds, the Islamic State “remains a threat to the United States and its allies in the region,” according to US Army Col. Joe Buccino. 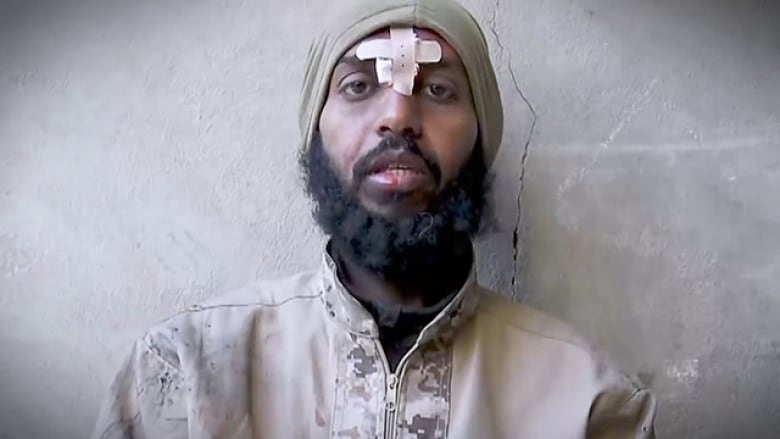 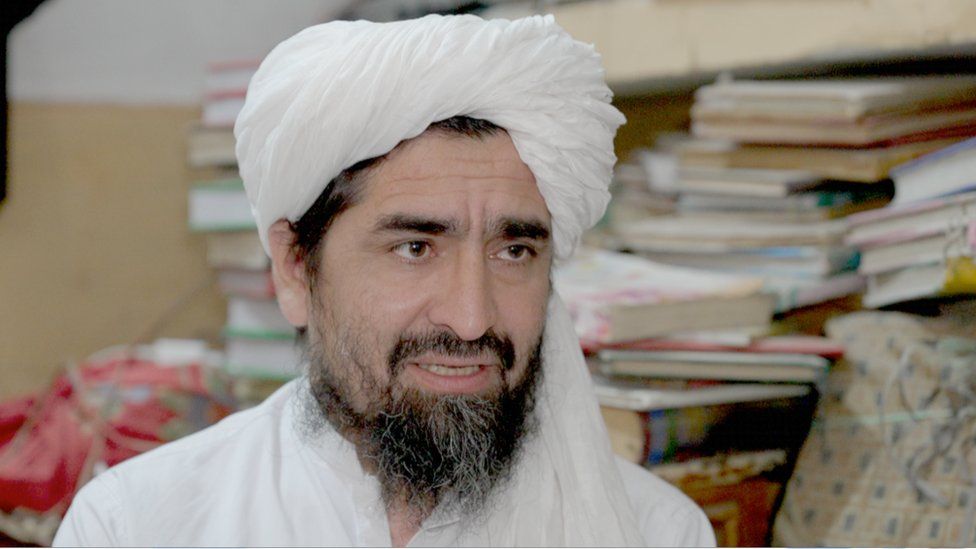 A prominent Afghan cleric who supported the Taliban and was in favour of female education has been killed.

Speaking to Reuters, Taliban sources say the religious leader was targeted by a man who detonated explosives hidden in an artificial plastic limb.

The Islamic State (IS) group, which has previously targeted the cleric, claimed responsibility for the bombing saying it happened inside his office.

According to local reports, the attack took place at an Islamic seminary in the Afghan capital.

Sheikh Haqqani was a supporter of Afghanistan's Taliban government and a prominent critic of the jihadist militant group Islamic State Kohrasan Province (IS-K), a regional affiliate of IS that operates in Afghanistan and opposes the Taliban's rule.

He is one of the highest profile figures to have been killed in the country since the Taliban returned to power last year.

"It's a very huge loss for the Islamic Emirate of Afghanistan," a senior Taliban official told Reuters news agency, adding that authorities were investigating who was behind the attack.

Despite sharing the same name, he was not related to Afghanistan's Haqqani militant group network.

The religious leader had previously issued a fatwa, or religious decree, in support of female education - a contentious issue inside Afghanistan.

In an interview with the BBC's Secunder Kermani earlier this year, he argued that Afghan women and girls should be able to access education: "There is no justification in the sharia [law] to say female education is not allowed. No justification at all."

He added: "All the religious books have stated female education is permissible and obligatory, because, for example, if a woman gets sick, in an Islamic environment like Afghanistan or Pakistan, and needs treatment, it's much better if she's treated by a female doctor."

In all but a handful of provinces in the country, girls' secondary schools have been ordered to remain closed by the Taliban.

Sheikh Haqqani had previously survived two assassination attempts, most recently in 2020 when IS claimed responsibility for an explosion at a religious school in the Pakistani city of Peshawar that killed at least seven people.